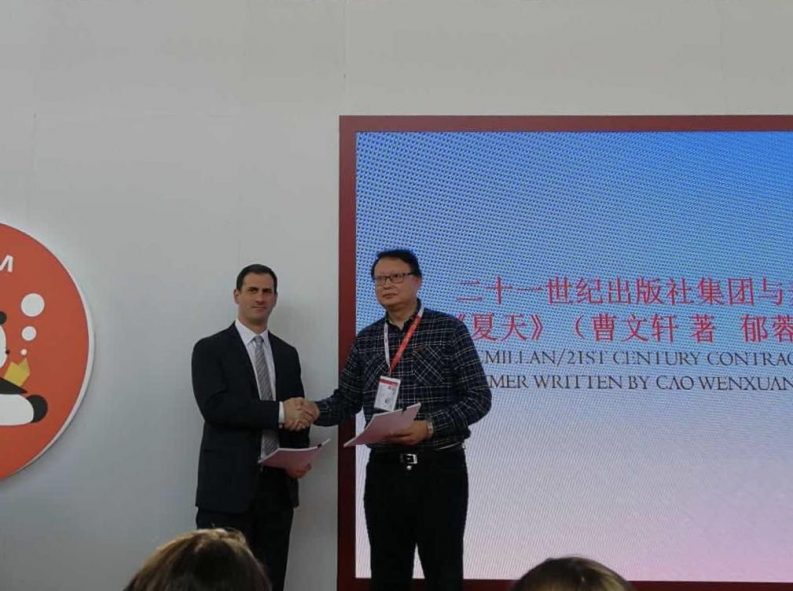 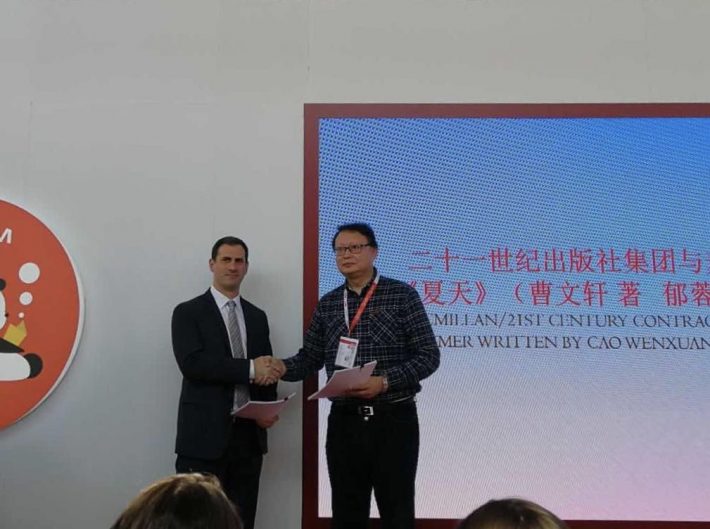 So far, rights to Summer have been sold to France, Korea, New Zealand, Sweden and the USA.

Summer is the latest book by Wenxuan, one of China’s most popular children’s book authors. He wrote middle-grade novel Bronze and Sunflower, which was a bestseller and translated into English, French, German, Italian, and Turkish. Wenxuan won the 2016 Hans Christian Andersen Award for writing, and Bronze and Sunflower won the English PEN Award that same year.

Summer is about a group of animals looking for shade in the desert. They find a tree and begin fighting for a spot in the shade. As they fight, a father and son crossing the desert catch their attention. The father is using his own body to shade the boy from the desert sun and heat. Inspired by this act of kindness, the animals follow suit with the smaller ones standing in the shade of the bigger ones.

The illustrations by Yu Rong combine Chinese paper cutting art with drawing for a unique style. The illustrator also uses different page sizes to show the small animals standing in the shadows of big animals, making the story more vivid.