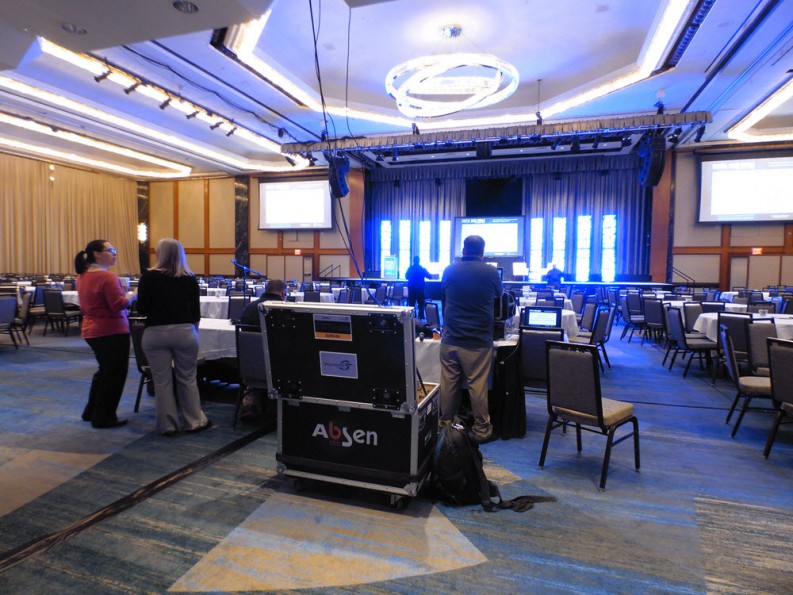 For his third of three articles for Publishing Perspectives, we asked Nosy Crow’s London-based Business Development Manager Tom Bonnick—this year’s Independent Publishers Guild (IPG) Fellow to Digital Book World—to give us a jet-window’s look-back at last week’s confab. One way to recall it, he writes, is as “a series of cautious admissions that perhaps we don’t know anything.” Many of us know the feeling. Thanks, Tom. —Porter Anderson

‘An Industry ‘Full of Anomalies’

Mike Shatzkin provided some invaluable context for this year’s Digital Book World Conference + Expo (DBW) with a potted history of publishing since the launch of DBW in 2010: a sometime-tumultuous period of six years which has seen the launch of the iBooks store and the iPad (whose existence was announced, propitiously, during the very first conference itself); the closure of Borders; the introduction of agency pricing; the US Department of Justice intervention; the shrinking, growing, and shrinking-again market shares for Barnes & Noble and their Nook business; and more. If you find it difficult to identify an overall trend from that series of events, you’re not alone: one of the recurring ideas of this year’s event was a series of cautious admissions that perhaps we don’t know anything.

“Our industry is full of anomalies,” said Publishers Marketplace’s Michael Cader, on the closing day of the conference during a talk whose subtitle was “Why (Almost) Every Headline About Industry Data Is Wrong.”

Cader pointed to a $98 million drop in Children’s/YA ebook sales in 2015 (an overall year-on-year decrease from $227 million to $129 million)—attributable to the absence of blockbuster crossover franchises (a la The Hunger Games)—as evidence of the volatility and fundamental unknowability of the market. It’s not all negativity, though. As Cader pointed out, ebooks’ loss is digital audio’s gain: the audio sector has seen a $50 million year-on-year increase in revenue, and appears to be enjoying something of a renaissance.

Not knowing anything may well be a necessary corollary to the other central theme of this year’s conference: transformation in publishing.

If there was a single question that DBW attempted to answer, it was this: what kinds of transformation are taking place inside and outside our industry, and how will each kind define us over the coming years? “Transformation is the new safety,” said Mary Ann Naples, former Publisher at Rodale and newly appointed Vice President and Publisher at the Disney Book Group. She spoke during an inspiring and insightful session, “A Transformation Manifesto.”

“It isn’t an end-state, but the in-between, and what happens there … You don’t turn around one day and find that everything’s different.

Keynotes from Annenberg Innovation Lab Director Jonathan Taplin on the Tuesday and New York University Prof. Scott Galloway on the Wednesday offered radical, if somewhat gloom-inducing, visions of how the digital landscape is transforming—and how the “Four Horsemen” of Apple, Amazon, Facebook, and Google are changing the world.

These four companies, according to Galloway, have begun to achieve in economic terms what the American South failed to do militarily, and have “effectively seceded from the US”: they make their own tax arrangements, they provide their own healthcare, and even, in the case of Facebook, they offer female employees the opportunity to have their eggs frozen.

The combined market capitalization of the four companies has grown from $1.3 trillion (equivalent to the GDP of Spain) to $1.8 trillion (or the GDP of Canada), and Galloway predicts that in thre years, Facebook—a company that is teaching us, he says, to “love at scale”—will overtake Apple to become the most valuable company in the world.

The result of this industrial hegemony, according to Taplin, is that platform, and not content, is becoming king.

What’s Important and What’s Not

This tension—between platform and content—clearly was felt by everyone on stage at the conference, albeit in somewhat less doom-laden terms in most instances.

Marcus Leaver, Chief Executive at The Quarto Group, quoted H.G. Wells during a panel on transformation in publishing with Sourcebooks CEO Dominique Raccah: “Adapt or perish, now as ever, is nature’s inexorable imperative.”

For Raccah, this means finding ways to add value along the supply chain with new and exclusive products that didn’t compete with existing revenue sources: “We shouldn’t sell the same things that our retailers sell—that’s not a win.”

The two big challenges faced by our industry today, Shatzkin observed, are timing the transition from “legacy practices,” and deciding what’s important and what’s not.

Falling into the former category, he argued, are the need for publishers to create platforms for engagement, to develop better more sophisticated tools for direct selling, and to give more help for authors in creating a digital footprint.

As John Ingram of Ingram Content astutely noted, transformation is not a slogan: it requires cultural change.

Embracing that change may be the biggest challenge of all for our industry, but it’s more important now than ever. Transformation is not a slogan: Mike Shatzkin and John Ingram onstage at Digital Book World 2016