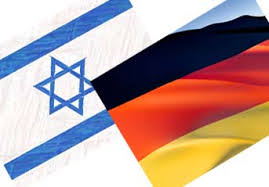 Events at the book fairs in Jerusalem, Leipzig, Bologna and Frankfurt are honoring the Jubilee year of German-Israeli diplomatic and literary relations. In honor of the Jubilee year of German-Israeli diplomatic relations, around 40 German publishing houses took part in the Jerusalem International Book Fair (JIBF) this year. According to Tobias Voss, Director of International Markets at the Frankfurt Book Fair, the figures have almost tripled from 2013, “which shows that this year (was) a special year. The publishing houses (thought), with some justification, that there (would) be more attention paid to their products in the Jubilee year of German-Israeli relations. Conversely, this March Israel is the focal point of the Leipzig Book Fair.”

A “Make New Contacts” event will also take place at the Bologna Book Fair to develop exchange between German and Israeli children’s book publishers, as well as further events at the Frankfurt Book Fair.

An accompanying program, organized by Goethe Institut Israel, the German Embassy and the S. Fischer Stiftung, was also included in celebration of the Jubilee year at the JIBF. The program included the Hidden Wall display by German architect, Professor Werner Sobek; a two-meter-high wall constructed with over 5,000 wooden blocks resting in a transparent grid and inscribed with quotes from leading German personalities translated into Hebrew, German and Arabic. Visitors were encouraged to take one with them as a memento; a moving gesture fitting for a unique fair that fosters and encourages international dialogue.