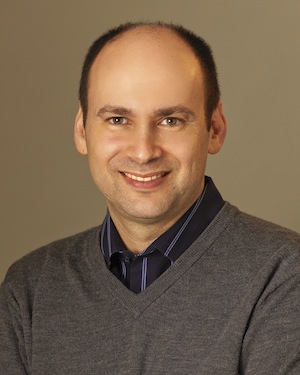 Roy Kaufman of CCC will be speaking about the impact of the “Common Core” on Foreign Publishers on the Publishing Perspectives stage in Frankfurt this year.

In 2009, President Obama arrived in Washington with promises of reform in state and local education. Only months into his Administration, he created the “Race to the Top” initiative to spur innovation and reforms in state and local district K-12 education. The President argued that states wishing to demonstrate achievement could do so only through tangible student improvement within a “common core” set of state developed, nationwide standards.

Under the Common Core State Standards (the “Common Core”), set for implementation in 2014, educators are not the only stakeholders set to grapple with new challenges and opportunities. For publishers, the development of a new curriculum aligned with the new standards will alter the selection of primary works for the classroom.

No Child Left Behind and the Common Core

The No Child Left Behind Act (NCLB) of 2001 had marked the seminal moment in creating nationwide, results-based education in the United States. Under NCLB, states agreed to adopt and measure against educational standards with the goal of achieving proficiency within a set time frame. To support these standards and goals, the 50 U.S. states were required to implement new testing regimes.

The single goal of NCLB for states was to improve a minimal threshold of “proficiency” — a term that unfortunately enabled widely different interpretations. While this attempt to empower the states to create better educated and more employable students was admirable, it ultimately created incentives to cut corners merely to improve scores.

The Common Core State Standards dramatically change how students will learn. Proficiency is now set against the expectations of colleges, universities and employers — not merely minimum thresholds used to create state-by-state comparisons. In both curriculum and assessments, Common Core State Standards are set on empowering educators to take the lead in constructing a more engaging, “real world” experience.

While Common Core creates common standards, it does not specify a common curriculum. This is left to states and localities. It does, however, create common assessments against which participating states will measure success. Thus, it will no longer be possible to “game” the system through manipulation of student expectations, assessment difficulty or scoring.

In the English/Language Arts, for example, instruction will de-emphasize traditional literary works in favor of non-fiction (“informational texts”). A class on The Great Gatsby would also expose students to chapters from texts about the history of prohibition; recordings of jazz in the 1920s, newspaper articles on class conflict in the US, and even scientific studies of alcoholism.

When assessing student progress, test developers are using the types of materials that students will actually read. Thus, passages created specifically for tests (“synthetic content”) are out, and published materials (“authentic content”) are in.

Common Core and the Opportunity for Publishers

Publishers of high-quality, non-fiction informational texts are likely to gain, as will publishers of fiction works who can supplement those works with related high-quality informational texts. Publishers traditionally associated with college and university level content are also likely to find excerpts of their content in higher demand for K-12 classrooms. And of course, that means that traditional primary and secondary school textbooks, which talk about primary materials, will be less attractive to students, teachers, schools and school districts than the primary materials themselves.

Educators and assessment developers will require copyrighted material, particularly content accessible through digital tools and applications, more than ever before. For publishers, the licensing of this authentic content in alignment with Common Core also represents new opportunities to innovate. Educators will demand far greater use of such material across multiple content distribution and display channels. These channels include integrating published materials into textbooks and learning objects, licensing for direct classroom use, and licensing for assessments.

At the request of the Smarter Balanced Assessment Consortium –one of the two national assessment consortia funded through grants from the US Department of Education to provide common assessments against the Common Core – CCC has begun working with publishers to create a repertory license that will make the permissions process more efficient and open up more authentic content for reuse in assessments. Copyright will be viewed as enabling and ensuring the availability of a wide selection of easily accessible texts for authorized use in this new diverse learning environment.

Similarly, CCC has recently enhanced its publisher-to-publisher republication marketplace to enable Common Core-aligned publishers to easily republish works of other publishers in an, authorized fashion, in print and online.

Publishers and educators both must begin to view Common Core as a chance to innovate and improve access to engaging materials that enliven classrooms and improve student outcomes.  As the parent of two public-school children in an early adopting Common Core aligned state, I have seen first-hand the innovative teaching techniques employed under the new standards, and the rich reading lists that go along with the traditional texts. Like many opportunities, better education will best be realized through innovation and collaboration.

Roy Kaufman is the Managing Director, New Ventures, Copyright Clearance Center (“CCC”). Later today he’ll be hosting a free webinar, “What Publishers Need to Know Now: The Impact of Common Core Standards.” You can register for it here.