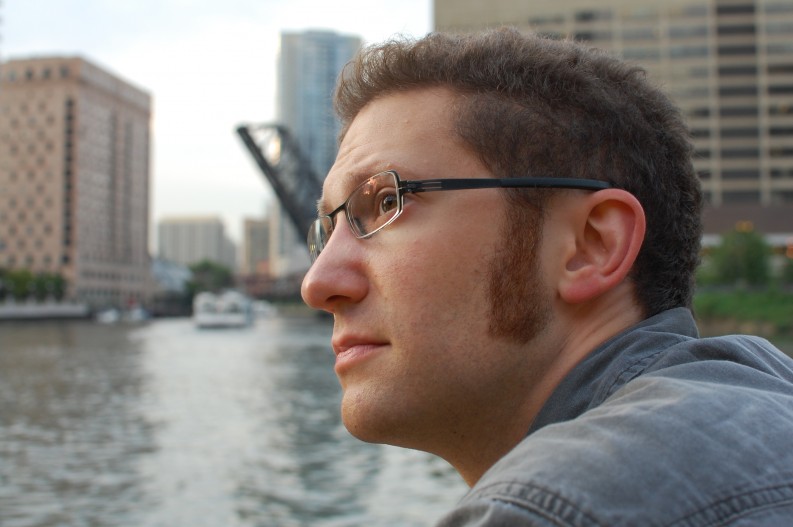 CHICAGO: “Right now I think the biggest problem is that everyone is acting in their own interests, or in what they think are their own interests, and it’s screwing everyone else.” In a recent interview with Publishing Perspectives, Nick Disabato has few kind words for the current state of e-reading. He’s the founder of the Publication Standards Project, an organization that aims “to advocate a saner, more humane digital publishing landscape,” promoting standardization, access and ease of use.

Using the tools of activism to change digital publishing

An interaction designer by trade, Disabato recently surveyed the minefield that is e-book publishing in a compact, two-part article (part one and part two) published in the web-design and development magazine A List Apart. Sweeping but well-organized, the article should be a must-read for anyone currently involved in the creation of e-books. Disabato calls it “a manifesto” that laid the foundations for the project.

Though calls for reform in digital publishing have long come from many quarters, what makes the Publication Standards Project different is its astute use of advocacy tools to involve and empower people who have various stakes in the development of e-books. The site offers clear information and simple steps to take action, for people at every point in the digital publishing food chain.

“I’m trying to take what I can, not just from the publishing industry, but basically everyone I know.” That means drawing on connections who are experienced in activism. “[They’re] adept at working with an audience to try to affect good political and logistic changes.” The project’s political director, Max Temkin, has done work for the Obama campaign, and Disabato also cites help from Sierra Club organizers.

An end to DRM, more standardization, better terms for libraries

There are a number of issues that The Publication Standards Project would like to act on, and simply ordering those goals is part of the process. “We’ve been setting up a long-term roadmap,” beginning with campaigns that are relatively easy and progressing to ones that are more difficult.

The first campaign, launched earlier this month, focuses on discouraging the use of DRM. “I don’t think DRM is the absolute easiest thing in the world, but it’s the most knowable issue. People believe that it’s a solved problem. There’s a ton of evidence around why DRM is a bad idea and other industries have already grappled with that.”

Lack of standardization is another major problem, one that’s familiar from the Internet browsers of the previous century: “It’s like 1996 again.” The primitive state of e-books discourages many programmers from getting involved, but Disabato hopes to stir interest. “Web developers haven’t solved these problems, but they know how to frame these problems. They had the issues in the late ’90s where every website said, ‘Best viewed with Netscape 4 with 800 by 600 resolution,’ and it’s the same thing these days. If I say that to them, that automatically gets them involved, because there’s no reason they shouldn’t be involved. It’s the same code they use, it’s HTML and CSS.” The project’s focus on libraries is also notable. They’re “the biggest victims in this scenario right now,” as Disabato explains. “I don’t know a lot of non-library people who are standing up for them, which is kind of weird to me.” After publishing the List Apart essay, many people wondered if he was a librarian because of the attention he paid to them, but “you don’t have to be a librarian to care about libraries.” Kaitlyn Tierney, the project’s third staff member, is a librarian who provides the project with expertise on the subject.

The project sells stickers to help cover the cost of basics like postage and paper, none of the staff positions are paid and it relies on volunteer support for things like writing, editing and design. Disabato says he wants to expand the volunteer force with people devoting five to ten hours per month in order to do necessary outreach. “We want to contact a lot of publishers and tell them exactly what we’re doing every month…So outreach is a huge issue for us and it doesn’t scale.”

So far Disabato says independent publishers have been “quite receptive” to the project. Tor/Forge, the imprint of MacMillan that recently announced it would be dropping DRM, reached out to the project “like a half an hour after the campaign went live.”

For individuals, signing up for the mailing list is the first step for getting involved. The Publication Standards Project has already implemented many ideas sent in by enthusiastic readers, from anti-DRM badges for websites, to a well-written outreach letter, to an improved logo. “We’re totally bowled-over by everyone’s interest and we want to make sure we turn that into momentum and turn it into something that people can actually act on”

On Wednesday, June 27, The Publication Standards Project will be holding a discussion at the Logan Square Design Building in Chicago. Tickets are on sale here.

DISCUSS: What Are Your Biggest Problems with Digital Publishing as We Know It?