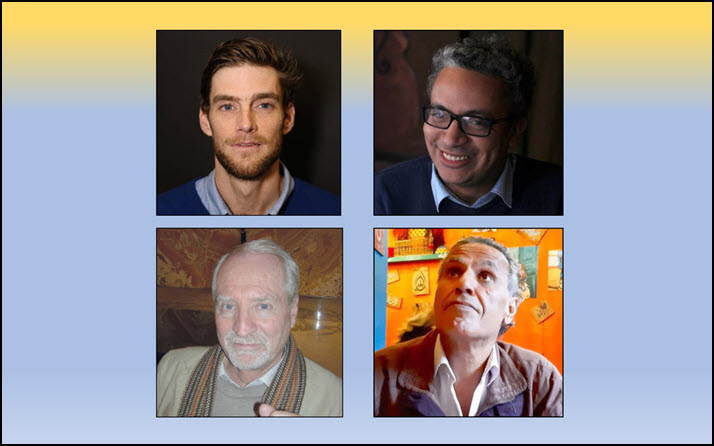 The 2022 Banipal Prize for Arabic Translation issues a joint award to translator Robin Moger and the late Humphrey Davies. 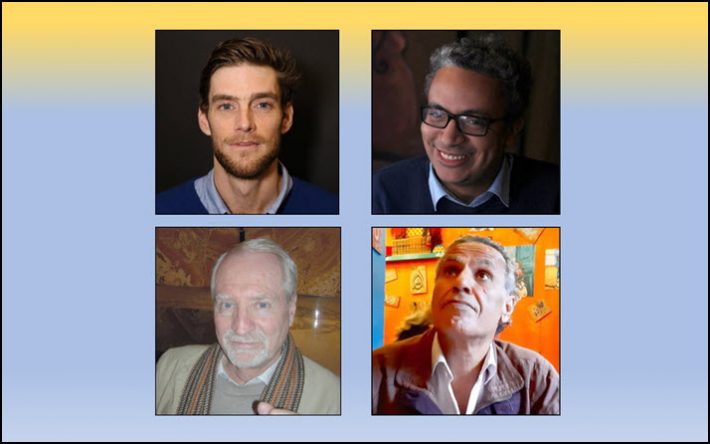 Today in London (January 12), the Saif Ghobash Banipal Prize for Arabic Literary Translation has announced two winners in its 2022 cycle, both original books coming from Egypt and chosen by the program’s jury from a submissions pool of 17 titles.

This award carries a purse of £3,000 (US$3,649), which in this case will be divided between Moger and the estate of Humphrey Davies. The prize, as you’ll remember, honors the translator or translators of a published translation in English of “a full-length imaginative and creative Arabic work of literary merit” published after, or during, the year 1967, and first published in English translation in the year prior to the award.

This is one of the many prizes administered by the Society of Authors in England, although, like a few others of those awards, the Banipal prefers to make its announcements independent of–and usually in advance of–reports from the society. The prize is awarded at a ceremony hosted by the Society for its multiple awards results.

Moger is a previous winner of the Banipal Prize, having been honored in 2017 for his translation of The Book of Safety by Yasser Abdel Hafez (Hoopoe Fiction, 2017).

His other translations of fiction include The Book of Sleep by Haytham El Wardany (Seagull Books, 2020); Iman Mersal’s How To Mend: Motherhood and its Ghosts (Kayfa ta, 2018); Yasser Abdellatif’s The Law of Inheritance (Seagull Books, 2018); All The Battles by Maan Abu Taleb (Hoopoe Fiction, 2017); Nael Eltoukhy’s The Women of Karantina (AUC Press, 2014); and Youssef Rakha’s The Crocodiles (Seven Stories Press, 2014).

Davies (1947-2021)—a two-time winner of the Banipal Prize, and twice a runner-up, as well—began translating in 1997 and had a career in NGO work (non-governmental organizations) with Save the Children in Palestine and the Ford Foundation in Sudan. Davies was the first winner of the award, in 2006, and its fifth winner, in 2010.

Jurors in the 2022 cycle of the award’s program were:

In today’s announcement, the jury’s rationale for its dual-award decision reads, “A joint award seemed the best way to honor two extremely strong novels which each distinguished themselves in different ways: Slipping for its elegance and flow, and The Men Who Swallowed the Sun for the impressive skill and creativity involved in tackling such a dense and complex text written in non-standard Arabic.

“Published in Arabic in 2018, the novels represent exciting new directions in Arabic literature, both through their divergences and their surprising synergies, unearthing forgotten, baffling, and painfully absurd histories, broaching the topic of illegal migration, and doing so through narrators who upset, challenge, and force their readers to see the world anew.”

Responses to the Wins 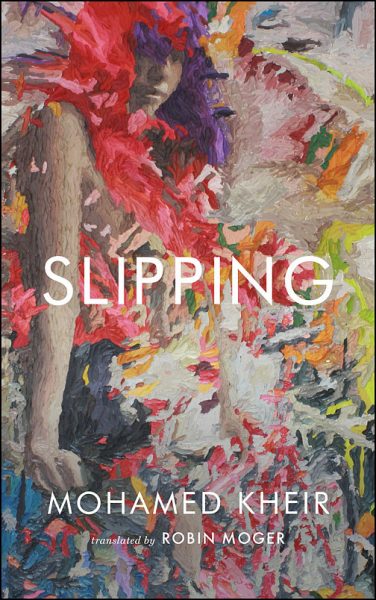 In response to the news of his win, Moger is quoted, talking of the fact that “Mohamed Kheir’s Slipping has won the translation prize alongside Humphrey Davies’s translation of the wonderful The Men who Swallowed the Sun by Hamdi Abu Golayyel: a pair of magical, strange and exciting narratives that make the happiest bedfellows. I hope this leads more people to read more of both of these authors.

“Many thanks to the wonderful Two Lines Press, in particular the book’s editor CJ Evans, for making this translation a thing in the world and for making it so beautifully. But the most thanks, of course, go to Mohamed.”

The author of the book, Mohamed Kheir, is also quoted, saying, “There are many reasons for my feeling of happiness that Slipping has won the prize. It’s my first work translated into English, it was done with great effort by the wonderful Robin Moger, and with great care by Two Lines Press. Just to be shortlisted was great, so nothing can describe my happiness at winning the award and Robin getting the recognition he deserves. Hopefully it will lead to many more readers of Slipping, and, who knows, to its translation into even more languages.” 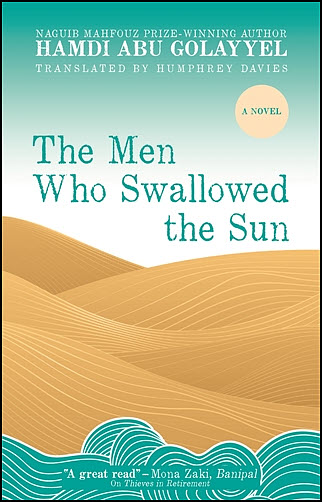 And Hugh Davies, speaking about his late brother’s win, says, “As a non-Arabist I had not fully appreciated, until organizing Humphrey’s memorials in London and Cairo in March last year, how distinguished a scholar he was in the field. From a standing start in 1965 with a scholarship to Jesus College, Cambridge to read English (a subject he quickly abandoned as ‘sterile’) he went on to achieve a first in Arabic studies in 1968.

“This was swiftly followed by a PhD from the University of California, Berkeley. Thenceforward, the Arabic language and its literature became his passion. But only in the last 25 years was he able to devote himself to translation, which was prolific and ranged from classical texts and on down the centuries to contemporary novels.”

Author Hamdi Abu Golayyel is quoted, saying, “I felt that Humphrey Davies’ tremendous effort in translating it had found someone to appreciate it. It’s rare these days for such great effort to find anyone to appreciate it, and Humphrey’s effort is truly tremendous. The Men who Swallowed the Sun, my bold linguistic adventure, is a cocktail of dialects–Cairene, Fayyoumi, Bedouin, Libyan, and Egyptian, all of them dialects with no well-defined lexicon–as well as Italian. The novel in its original Arabic was not understood by some Egyptian or other Arab readers, and I believe that Humphrey’s translation will be easier to read, even for the Arab reader.”

The prize is wholly sponsored by Omar Saif Ghobash and his family in memory of the late Saif Ghobash, who was passionate about Arabic and world literature.