Nine nationalities are represented by the 16 longlisted books selected by the 2023 jury of the International Prize for Arabic Fiction. 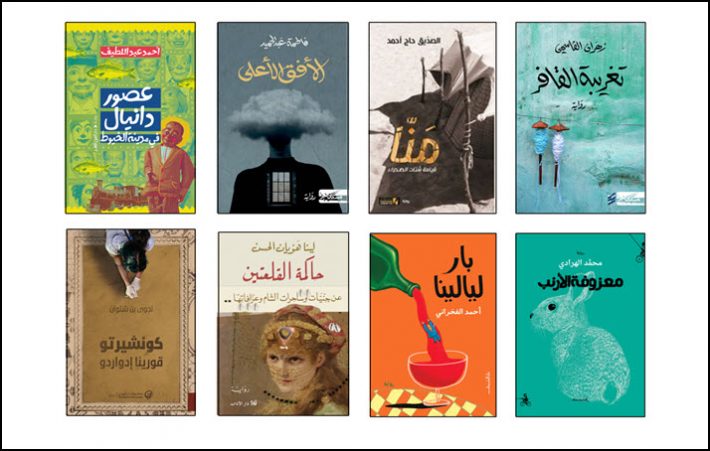 One half the 2023 longlist for the International Prize for Arabic Fiction comprises, on the top row from left, ‘The Ages of Daniel in the City of Threads’; ‘The Highest Part of the Horizon’; ‘Drought’; and ‘The Exile of the Water Diviner.’ And on the lower row from left, ‘Concerto Qurina Eduardo’; ‘Ruler of the Two Fortresses’; ‘Bar Lialina’; and ‘The Melody of the Rabbit’

Of the 16 authors on this year’s list, seven have previously been recognized by the program in the announcement made this morning (January 24, 9 a.m. GMT / 4 a.m. ET). Longlisted authors for this year are aged between 40 and 77.

Five jurors have selected the longlisted titles from an initial submission pool of 124 books. Those jurors for the 2023 cycle:

Those honored on the longlist who have been previously recognized by the program are:

Egyptian writers have a strong lead on this longlist, with five of its 16 titles being written by Egyptian authors. 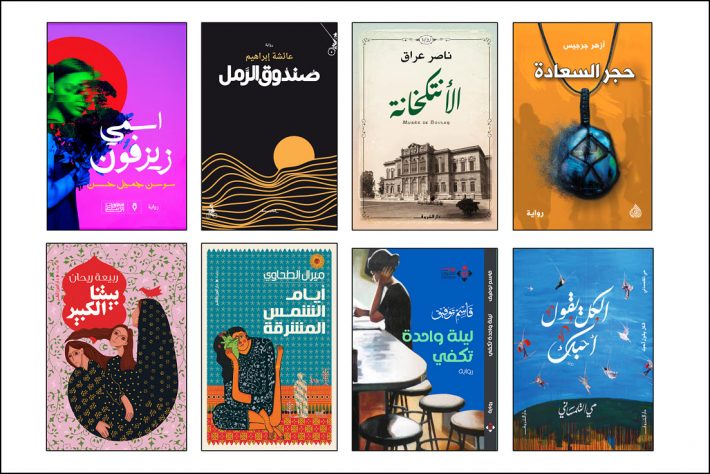 The latter half of the 2023 longlist for the International Prize for Arabic Fiction comprises, on the top row from left, ‘My Name is Zayzafoune’; ‘The Box of Sand’; ‘The Antikkhana’; and ‘The Stone of Happiness.’ And on the lower row from left, ‘The Family House’; ‘Days of the Shining Sun’; ‘One Night is Enough’; and ‘They All Say I Love You’

It’s anticipated that the jury now will winnow down the 16-book longlist to a six-title shortlist to be announced on March 1 at an event held in the National Library of Kuwait.

The winner is to be named on May 21 in Abu Dhabi. 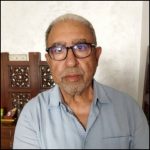 The jury chair, Mohammed Achaari, is quoted, saying, “The novels on this year’s longlist are marked by the large number of female Arab writers and a striking diversity in both subject matter and narrative style. While a preoccupation with current, newsworthy issues of the Arab world—in Iraq, Syria, Libya, Lebanon, Egypt and other countries—permeates a significant number of the books, others turn to the roots of these events in history, the state, society and culture.

“Several themes dominate the texts, including exile, childhood, the family, freedoms, and the relationships between regime and society. A number of longlisted novels deal with cultural heritage and legends, drawing on ancient sources to create worlds which express something of our real or imagined lives.

“Common themes aside, the authors’ writing styles are incredibly varied, ranging from journalistic research to a prevalence of folk tales and colloquialisms, some leaning towards the satirical and others deeply reflective and poetic in tone.” 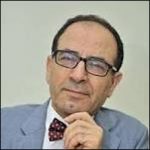 And Yasir Suleiman, chair of the prize’s board of trustees, is quoted, saying, “The longlisted novels this year delve into aspects of the enduring themes of fracture and displacement we have witnessed in past submissions to the prize, as well as the devastating effect of conflict on the fabric of Arab societies.

“The search for an understanding of the present by mining the past to engage or visit these themes proves to be elusive, thus compounding the feelings of bewilderment, confusion and in some cases loss.

“However, the 2023 longlist stands out for the spectacular participation of women novelists and the pleasing appearance of diaspora writers, enhancing a trend that has gathered pace over the years.”

In 2022, English publications of several novels recognized by the International Prize for Arabic Fiction included these volumes, and Publishing Perspectives has included translators’ credits where we are able to find them:

Additionally, three novels are due to appear in French in 2023:

Disambiguation: Not ‘the Arabic Booker’

For clarification, this award program sometimes is called “the Arabic Booker,” but it seems that the program’s organizers are ready to see the end of that misleading terminology.

While it was initially mentored by the Booker Prize Foundation in London, the International Prize for Arabic Fiction’s organizers stress on their site that the Arabic Booker phrase is “not instigated nor endorsed at all by the International Prize for Arabic Fiction or the Booker Prize Foundation, which are two completely separate, independent organizations.”

The program goes on to put it even more bluntly, writing that the International Prize for Arabic Fiction “is not in any way connected with the Booker Prize,” italics ours.

Currently, the US$50,000 International Prize for Arabic Fiction is sponsored by the Abu Dhabi Arabic Language Centre, which under the direction of Dr. Ali Bin Tamim also produces the extensive Sheikh Zayed Book Award, with its 7-million-dirham purse (US$1.9 million), annually recognizing winning books in eight categories and a “Cultural Personality of the Year.”

Both awards programs make generous efforts in funding translation of Arabic content into other languages.