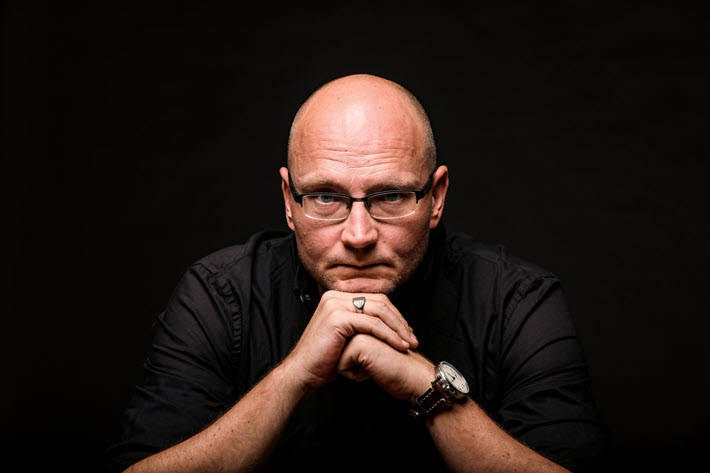 ‘A Literary Dialogue Between the Two Continents’

In many cases, literary magazines’ mission statements can be wholesome but amorphous: good intentions, few parameters.

By contrast, The Continental Literary Magazine is anything but vague on its purpose, declaring that it “focuses on the literature of Central Europe with the aim of creating a platform for contemporary Hungarian and Central European fiction writers to stake out their place in the English-reading world and, in particular, the North American literary market.”

And the road to that specific intention turns out to be a two-way street. As editor-in-chief, Sándor Jászberényi wrote in his introductory article for the first quarterly edition, Prejudice, “We wanted to create a literary forum, and not just for Central European writers, but for American writers as well.”

Jászberényi calls this “a literary dialogue between the two continents,” and has determined that such a dialogue requires “American intellectuals. American writers and artists whose opinions matter in America and the world over. Our task is to bring them together with Central Europeans to exchange ideas. Because there is certainly plenty to talk about.” 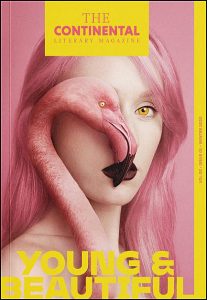 Engaging high-profile writers from the American market into which you want to introduce Central Europeans is clever in two ways. Not only does it draw the sector of the American readership that follows its big-name essayists, authors, and poets, but it also catches the eyes of those big names, themselves. Many of them do, after all, operate with a certain amount of eloquent ego, a healthy competitive interest in where each other’s work may be appearing.

So it is that a magazine made in Hungary has commissioned work from English-language talents including Roxane Gay; Noam Chomsky; Marina Abramović; Marianne Williamson, who made that very spiritual bid for the Democratic presidential nomination in 2019; music journalist Legs McNeil; and RJ Ellory.

And so it is that you find such resonant observations as a comment from humorist and author Fran Lebowitz in the latest edition, the magazine’s fifth outing—themed Young and Beautiful.

“You’re not going to look better and better the older and older you get,” Lebowitz writes. “On the other hand, there is a great thing that happens in nature: just when you start to not look good, you also start not being able to see. This is a gift of nature.”

‘We’re Not Sitting on a Ticking Bomb’

In an exchange with Jászberényi, Publishing Perspectives has learned that he and his The Continental Literary Magazine team “plan our issues at the beginning of the year. When we’ve decided on the themes, we start brainstorming.

“Which writer would fit which issue the best? Then the hunting for contacts begins. Agents, and publishing houses, we turn every stone to find a living contact with the author.

“Since we pay well in literary terms, authors don’t have to feel they’re doing us a favor. We’ve already published very big names like Chomsky, Ferrara, Lebowitz, and Gay—all these authors very much liked the idea behind the magazine.”

We ask about the funding behind the magazine and its sustainability. “No, we are not sitting on a ticking bomb, if that’s what you mean,” Jászberényi says. “The original idea of the magazine was that the Petőfi Cultural Agency would fund the start and when we have something to show to the other Central European countries, they will get on board.

“This is already happening,” he says. “We just signed an agreement with the Polish Felczak Institute and I’m very much hoping the Slovakians, Czechs, Romanians, Serbians, and Austrians will follow suit. If the budget of the magazine is divided between eight countries’ cultural agencies, then it’s sustainable.

To our next question—about potential commercial sources of funding and various expectations that might be attached to such support—Jászberényi replies, “We are very keen to keep our editorial integrity, but obviously, we are looking for as many sources of funding as possible. So if Conde Nast would be interested in the The Continental Literary Magazine, we are all ears.”

‘Every Deadline Is an Apocalypse’

Putting together a cohort of writers for each edition of the magazine, he says, is something approached in “as organic a way as possible,” rather than with a set ratio of Central European to Western writers. 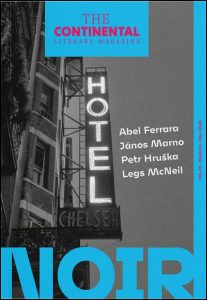 “We know contemporary Central European literature,” he says. “We know which authors would fit the current issue the best and we commission them to write something for the magazine.

“This method usually works well, but you know dealing with writers is like herding cats. You never know what you’ll get when the deadline approaches. It does happen that even a Booker nominee can’t deliver the quality we expect. We always commission more authors to have plenty of material to work for the print issue.” A manuscript that doesn’t completely fit the concept is published online, rather than in the print edition.

“Most of our editorial team,” he says, “was raised on American literature, so we know very well who we’d like to work with on a topic. Of course, nothing goes smoothly when it comes to coordinating nine countries, including the United States. Every deadline is an apocalypse, and when the issue is coming out from the printers, we’re quite surprised we pulled it off.

“Improvisation is key. You never know when a writer will change his mind and decide to start a new life. When this happens, we pick up the phone and try to find someone else. Do you know that even Nobel-nominated authors can be very grumpy in the morning?”

Central Europe: ‘No Future in the East’

When it comes to some of his own favorites, Jászberényi names a filmmaker. “Abel Ferrara is a childhood hero of mine. I was raised in a one-horse town with a small movie theater. Ferrara’s movies meant America to me when I was a teenager. I very much wanted to work with him since I was a kid.

“When we approached him with the idea of writing for us, I thought soon I’d have to find someone to replace him in the issue. He’s not a very easy person, you know, and I thought our administration would annoy him to a point where he wouldn’t pick up the phone anymore. Well, he did pick up the phone and wrote us a great piece about his younger years. 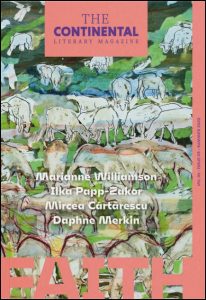 “And during my university years, you were nobody if you hadn’t read Chomsky. I think the interview he gave was one of the most important interviews of our time. Roxane Gay was a big, positive surprise as well.”

Of course, the real question of a venture like The Continental Literary Magazine is how well its potential audience gets it. Does that target readership in North America—a continent apart—understand what Jászberényi and his associates are doing?

“The difference between Europe and the States is not as big as the difference between the US and Asia,” he says. “We all belong to the same individualistic, liberal Western civilization. All the American intellectuals are concerned about the intellectual capacity of the American culture. I’ve heard so many times that ‘America is going home,’ and not interested in the world anymore. 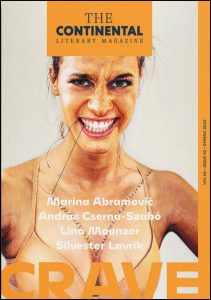 “The topics we choose are subjects everybody understands and can relate to, somehow. Prejudice, Crave, Faith, youth, are themes that mean the same here in Europe and overseas. Of course, there’s a slight difference between how Europeans think about these and how Americans do. This is what we want to show with our writings. I think, though, that there are tendencies—such as that the US is still a beacon of civilization in the world and very much shaping it.

“On the other hand, when it comes to honorariums, we compete with the oldest American literary magazines, which means professional writers will want to work with us.”

Looking at it the other way, we ask, how prepared are Central Europeans in Hungary and elsewhere to embrace and entertain the idea of such a dialogue? 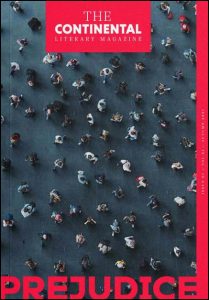 “Since the Russians left our countries, several generations have grown up. They’ve learned English as their second language and were raised in mainstream American culture. The Continental Literary Magazine is possible because we have a generation now which has the tools for cultural engagement. I think it’s not a matter of trust but belonging to the same cultural family.

“Central Europe knows very well it has no future in the East.”

And as for this former war correspondent’s transformation into a transatlantic literary magazine editor, he tells us, “It was harder than I expected.

“If I knew all the troubles that came with the magazine,” Sándor Jászberényi says, “I would have stayed in the peaceful world of war correspondence.

“Anyway, the idea is just too good to abandon because of some difficulties.”

More from Publishing Perspectives on the book business in parts of Europe is here, more on the Hungarian market is here, and more on literary magazines is here.