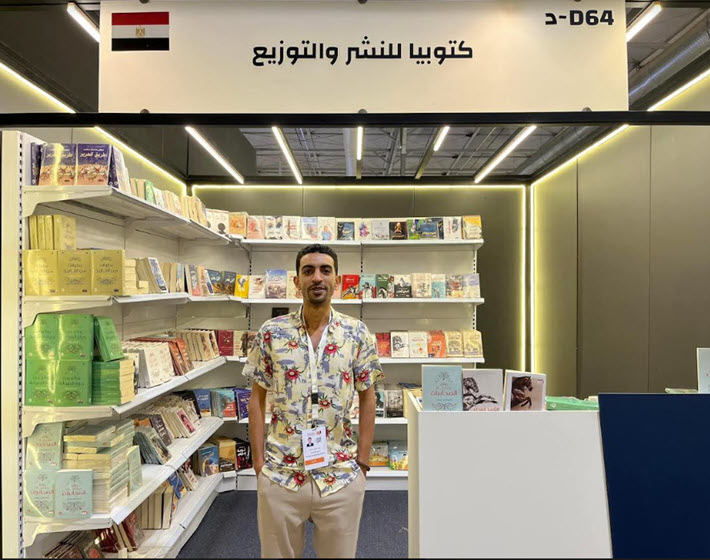 IPA: ‘No News on His Status or Whereabouts’

Ahmed Mahmoud Ibrahim is a co-founder of the Egyptian publishing house Kotopia. He’s said to work as the co-founding director of Kotopia’s participation in international book fairs.

Today (January 25), the International Publishers Association (IPA) has announced its concern for Ibrahim, who the association says was arrested by Saudi security personnel on October 8 at the Kotopia stand on the exhibition floor of the Riyadh International Book Fair.

“Despite enquiries from both Kotopia and the International Publishers Association,” the statement says, “there has been no news on his status or whereabouts since.”

The IPA produces the Prix Voltaire, which honors publishers’ efforts in the freedom to publish and free expression, often under circumstances of state or social oppression and dire threats to their personal safety as well as to their work and careers.

Some of these cases, such as plight of the now-imprisoned publisher and writer Pham Doan Trang of Vietnam—gain strong visibility in international press channels and are well-known. Other cases fly well below the standard coverage range of mainstream news media or government policy influencers.

Ibrahim’s situation seems to be an instance of the latter.

The IPA has few points of reference, notifying its membership of nearly 90 professional publishers’ associations in 73 countries that “Ahmed Diouf”—as Ibrahim apparently is called—has also worked with a bookstore called Sadeem and represented a Canadian publisher called Hayat.

“IPA appeals to the Saudi authorities for information about the reasons for Ahmed Diouf’s detention,” the association says today, “and any possible charges he faces. The IPA has contacted the Saudi embassy in Switzerland but with no response.”

A report in the Middle East Eye from October 26, agrees with the IPA’s basic outlines of the situation, but seems to have few concrete details about what may be Ahmed Diouf’s experience and status. And more mainstream international wire services seem not to have picked up on the story to date.

There’s a Facebook page of concerned and affectionate commentary, but little else at this point to provide a more detailed description of the situation. Ibrahim Ahmed Essa, Kotopia’s director, is said to have written in one reference to the situation that “everyone seems to have shut up out of fear” of attracting attention by questioning Ahmed Diouf’s disappearance—or perhaps a fear of bringing harm to Diouf.

In recent months, the IPA’s Freedom to Publish committee—under the direction of Kristenn Einarsson, its chairman and WEXFO managing director (World Expression Forum), and Prix Voltaire lead James Taylor—has begun to call out m0re disturbing and potentially dangerous situations for members of the world publishing community.

We should remind our readership in connection with this unsettling item from IPA’s offices that the deadline for nominations for the 2023 Prix Voltaire is February 24. There’s more information about it here.

More from Publishing Perspectives on issues of the freedom to publish and freedom of expression is here, more on the Prix Voltaire is here, and on the International Publishers Association is here.