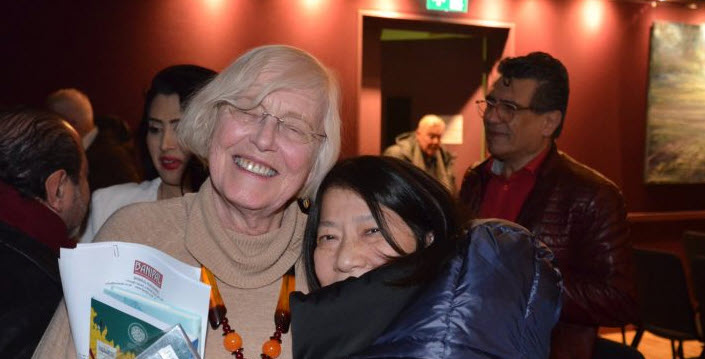 Set to close after 25 years of translating contemporary Arabic literature into English, the Banipal Magazine team celebrated its legacy. 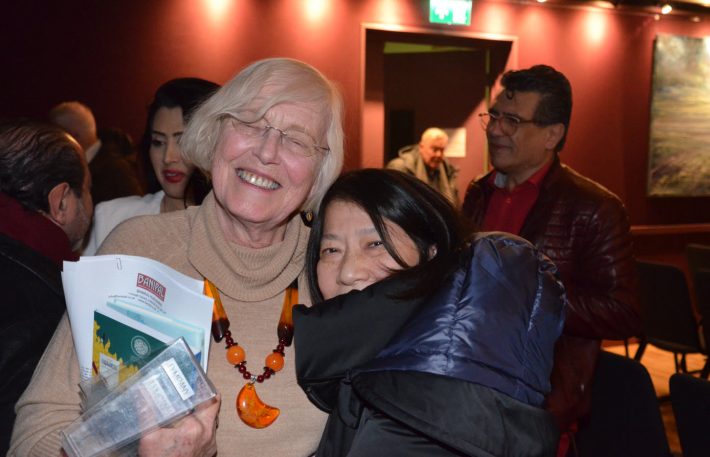 There were many heartfelt tributes to Margaret Obank and Samuel Shimon, co-founders of the UK’s Banipal Magazine of Modern Arab Literature, at the party Wednesday evening (January 18) to mark the magazine’s closure after a quarter-century of publication. It’s final, 75th edition is titled Celebrating 25 Years of Arab Literature.

Banipal takes its name from Ashburbanipal, king of the Neo-Assyrian empire, Obank explained to guests at the Irish Cultural Centre in west London’s Hammersmith.

“He was a great patron of the arts as well as a tyrant,” Obank said, “who assembled the first library by collecting tablets of all the languages in his empire. The name expressed the modern magazine’s intention—to present a library of the rich and varied tapestry of contemporary creative writing throughout the Arab world.”

If Banipal’s mission has been to bring contemporary Arabic literature and poetry to English-language readers, it also did much more. 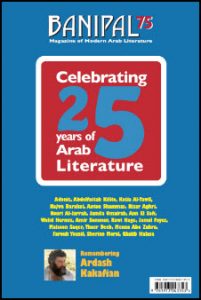 The final edition of ‘Banipal Magazine of Modern Arab Literature,’ No. 75

“When we started,” Obank said, “we expected just to produce the magazine and distribute it to subscribers, getting people slowly interested. We didn’t have any inkling about the kind of outreach activities and projects that would develop naturally when that interest was created by the very fact of modern Arabic literature being translated and published in that manner.”

So author tours followed and appearances at festivals, and the magazine found itself becoming a place people went to from all over the world for advice about Arabic literature and culture.

“We began to receive letters and enquiries from everywhere,” she said, “especially after 9/11, and we’re pleased that Banipal played its part in dispelling some of the ignorance that was around.”

Mersal had flown in from Edmonton, Canada, where she’s associate professor of Arabic language and literature at the University of Alberta. She noted how Arabic literature has suffered from what she called “emergency publishing” over the years.

“So the Americans invade Iraq and it’s all ‘We must have a book by an Iraqi author.’ Then the war recedes and they don’t want to know anymore.”

‘It’s Not About the Money’ 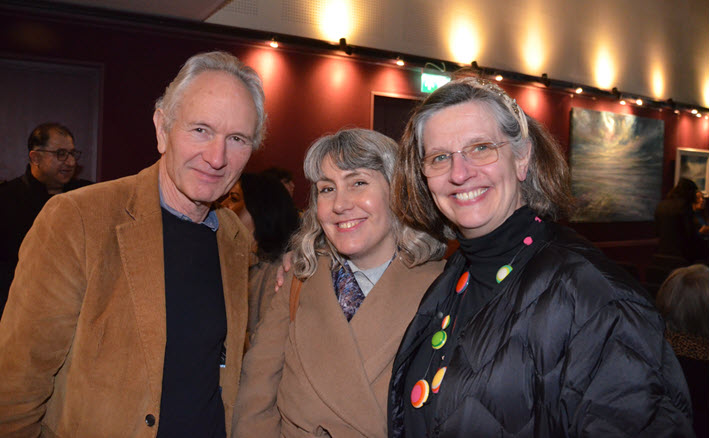 Obank and Shimon say they feel the time is now right for a younger generation to take the magazine forward, although as yet no one has emerged.

“We’ve been offered money to do it ourselves,” Shimon said. “But it’s not about the money. We don’t need the money. It’s the energy. And I want to get on with writing my novels.”

In 2020, the magazine won the Sheikh Zayed Book Award in the Publishing and Technology category, carrying a purse of 750,000 United Arab Emirates dirhams (US$204,191). Obank and Shimon used the money to start a Spanish edition of the magazine. In total, there have been 75 issues of Banipal Magazine since 1998, celebrating 25 years of Arab literature.

Bill Swainson, former editor with Bloomsbury, One World and MacLehose Press, said: “Banipal provided an English window on the Arab World—without them we’d know very little. Margaret and Samuel were always very good at giving advice to publishers and editors who are working with Arab writers, and the fact that they sustained the magazine for 25 years is remarkable.”

In an emotional address from the floor, Wen-chin Ouyang, professor of Arabic and Contemporary Literature at the University of London’s School of Oriental and Arabic Studies, praised Obank and Shimon for their internship program, saying: “You have helped train a new generation of Arabists, and we owe you a huge debt of gratitude.” 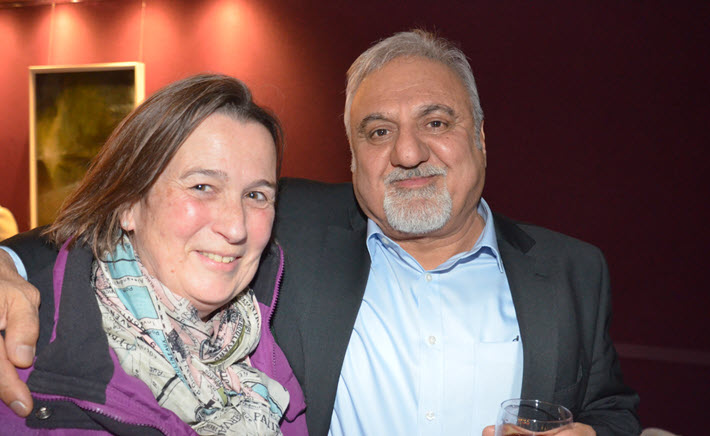 Eve Smith, a trustee and company secretary with the International Prize for Arabic Fiction, said, “It’s quite right that Margaret and Samuel don’t want to continue the magazine, themselves. They deserve a rest. This evening is all about recognizing and celebrating everything they’ve achieved.”

Barbara Schwepke of Haus Publishing said, “It’s a sad day. I’m still trying to come to terms with it.”

Alastair Niven, former director of Arts Council England, said Obank and Shimon “should take credit for internationalizing Arab literature. We all thank you for what you’ve achieved.”

Several members of the audience suggested a digital-only future for the magazine, but Obank noted that much of it has been digitized already and Shimon wryly observed: “People have offered money, but they didn’t offer money a few years ago when we might have used it.”

So what now for this much respected team?

Margaret Obank has one specific and touching project in mind. “After I left Leeds University,” she said, “I spent some time teaching immigrant children in Bradford. I have a photograph of me with all these children, and I’d like to try to found out what happened to them.”

And Samuel Shimon said Banipal Publishing will continue for the time being and will publish six books this year, including his own entertainingly entitled Underwear Underwar, which, in his words, is about “the love lives of the PLO during the ’80s.” 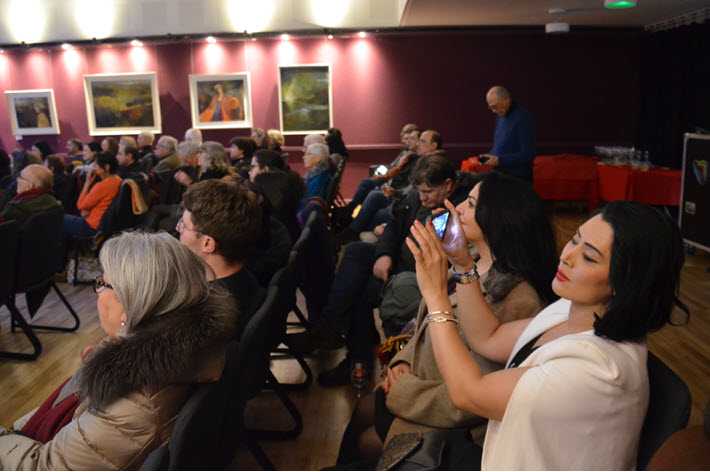