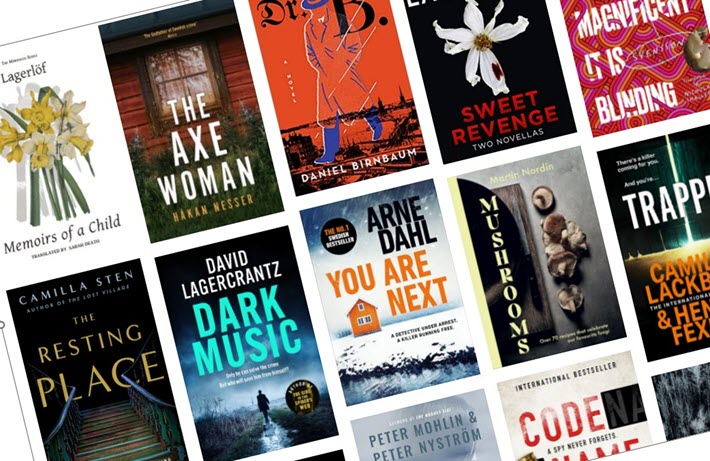 The Swedish Academy’s honor recognizes Swedish-English translators and their association in England for their international impact.

From a book-cover display of titles translated by members of the Swedish-English Literary Translators Association. Image: swedishenglish.org

Larsson: ‘Of Incredible Importance to Us’

An annual award first given in 1992, the honor carries a purse of 160,000 Swedish kronor (US$15,473). The formal notification of the association’s award was made on the evening of November 30 at the Swedish ambassador’s residence in London, during an event recognizing the translation organization’s 40th year.

Speaking for the association, its chair, Ian Giles, says that the translators’ appreciation has been communicated to Mats Malm, the Swedish Academy’s permanent secretary.

In addressing the event at the ambassador’s residence in London, Giles said, “This award recognizes the hard work of every member of SELTA over the years as ambassadors for translation, as well as the sterling efforts of committees past and present.

“It’s particularly gratifying that our efforts to promote Swedish literature abroad have been noticed.” 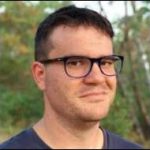 At the gathering, Giles also called attention to some of the relatively recent signals that more translated literature is being bought and/or read by consumers than has traditionally been estimated to be the case in the past. For years, the idea of translations capturing only some 3 percent of readers’ attention in a given market has been frequently heard both in the United Kingdom and the United States.

In England, for example, The Bookseller in May used Nielsen data to estimate that in the 52-week period ending April 16, there had been as much as £51.4 million (US$62.9 million) in sales made of translations, which would put literature originating in languages other than English at some 11.4 percent of the United Kingdom’s revenue from fiction.

Such data points have dogged many in the business because verifiable pertinent numbers are hard to identify. The frequently lamented 3-percent figure, in fact, is speculative, and there are real hurdles to getting more accurate numbers.

Tom Tivnan at The Bookseller, in a May write-up on the story, wrote, “We use the qualifier ‘almost certainly,’ as tracking whether or not a title is translated is a laborious and vexing process that—owing, in part, to some quite frankly shoddy attention to metadata detail, publishers—essentially means going through every title of every book sold line by line to determine its language of origin. Full analysis and year-on-year comparisons, therefore, are almost impossible to make, or rather have been thin on the ground.”

Pia Lundberg, counsellor for cultural affairs at the embassy in London, is quoted in this week’s announcement, saying, “I was moved and very happy when I heard that SELTA had been awarded this prestigious prize from the Swedish Academy.

“The Embassy of Sweden in London has a close, almost familial relationship with SELTA, and has had so ever since one of my predecessors, Terry Carlbom, instigated the foundation of SELTA 40 years ago.

“SELTA’s important role in giving international wings to Swedish literature cannot be emphasized enough, which is why this prize is so richly deserved.” 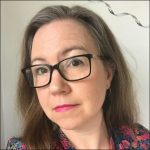 And Susanne Bergström Larsson, who heads up the Swedish Literature Exchange at the Swedish Arts Council, is quoted, saying, “SELTA and its highly-qualified members are of incredible importance to us in our work to put Swedish literature on the map–first and foremost in the Anglosphere, but also in other parts of the world, given their role in preparing the many sample translations used by international publishers to make acquisition decisions.

“Furthermore, their site, their online journal Swedish Book Review, and the many programs and workshops they organize are all splendid shop windows for the wide array of high quality literature that Sweden produces.”

The Swedish-English Literary Translators Association was founded in 1983.

This is Publishing Perspectives’ 208th awards-related report in the 221 publication days since our 2022 operations began on January 3.