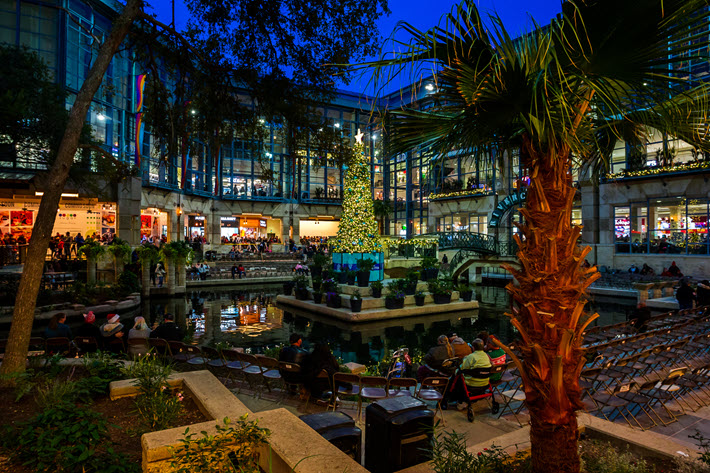 McLean: ‘Not Just Due to a Later Start’

As you’ll remember, the NPD BookScan track runs much closer to date than StatShot, and McLean is looking this time at the month of November. What she sees prompts her to write, “It’s now clear” that the 2022 holiday book sales season “is underperforming 2021—and not just due to a later start.

“In the latest retail numbers from our macroeconomic team, the 2022 Black Friday week underperformed compared to the past three years, only exceeding the sales revenue results during the same week in 2020, during the first year of the pandemic. While increases in foot traffic were reported widely in the press, that didn’t necessarily translate into more sales on either a revenue or a unit basis.” 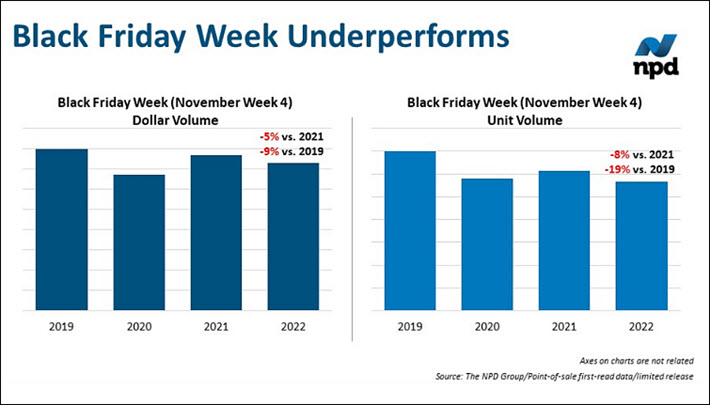 Indeed, in that look at discretionary general merchandise retail sales—note that this is not just books—revenues came in below 2019 levels. If you’ve been exposed, as many of us have, to the kind over-excited commentary about throngs in stores and malls teeming with shoppers, you’ll find some helpful cautionary observations here.

“During the week ending November 26, spanning Thanksgiving, Black Friday, and Small Business Saturday, sales revenue was 5 percent lower than during the same week in 2021, while unit sales were down 8 percent, according to US retailer point-of-sale information collected by the NPD Group. Total November 2022 general merchandise retail sales revenue was 8 percent lower than it was in 2021.”

Marshal Cohen, NPD’s chief retail industry advisor, a colleague of McLean’s, writes, “Black Friday appears to have brought more shoppers out to the stores, but that traffic clearly didn’t amount to more spending. Retailers and manufacturers need to find new ways to engage the consumer in making purchases, converting consumers from social browsers to active buyers.”

Turning back to books, McLean writes in her report to the news media, “The book market was right in line with these trends. At the top line, the United States’ book market finished November at 6 percent below 2021, on a monthly volume of 61.8 million units. That’s 8.5 million units higher than October, but 10.4 million units under November 2021.

“In the book market, the overall numbers are still within historic norms, but key categories like adult nonfiction and juvenile fiction are definitely underperforming so far this season.”Kristen McLean, NPD Books

“In the book market, the overall numbers are still within historic norms, but key categories like adult nonfiction and juvenile fiction are definitely underperforming so far this season. Nothing seems to be breaking out this year compared to what we’ve been seeing in adult fiction.

“There are still five more weeks left in the year. It’s hard to remember it now, but in 2018 and 2019, we spent a lot of time talking about how the peak of holiday shopping was slipping later and later in the year as consumers came to depend on just-in-time shipping from online retailers. It will be interesting to see whether this kind of pattern reemerges in 2022.

“As I said in last month’s update, I believe the lower level of spending this year is fundamentally about consumer economics and sentiment. I also still believe the most likely scenario for the total market finish is exactly where we are now: 6 percent below 2021.”

And in an interesting parallel, we’ll just note that while the American market is showing those November sales at 6 percent behind last year, the United Kingdom’s market is neck-and-neck, with a 7-percent slowdown compared to November of last year, per Nielsen data, as The Bookseller editor Philip Jones discusses in his Friday edition leader piece.

In terms of what sold in November, it’s still good to be Colleen Hoover, who commanded four of the Top 10 spots on NPD’s bestseller track, including No.1 with It Starts With Us from Simon & Schuster (with It Ends With Us, for you alpha-and-omega types, at No.4). 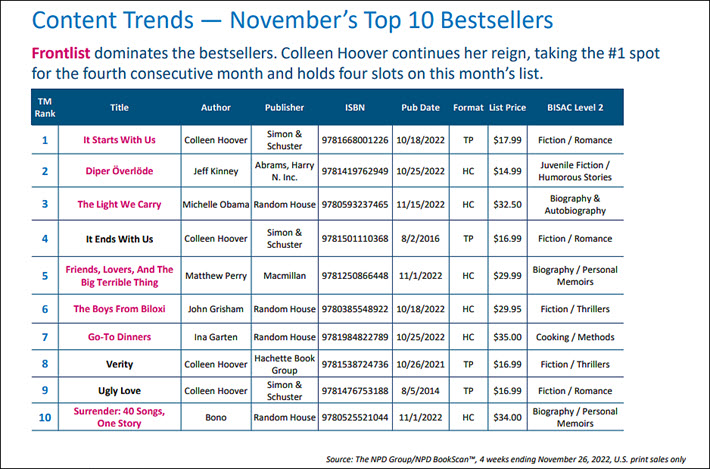