A prized center of Arabic language, culture, and literature in London is closing amid mounting economic and post-Brexit challenges. 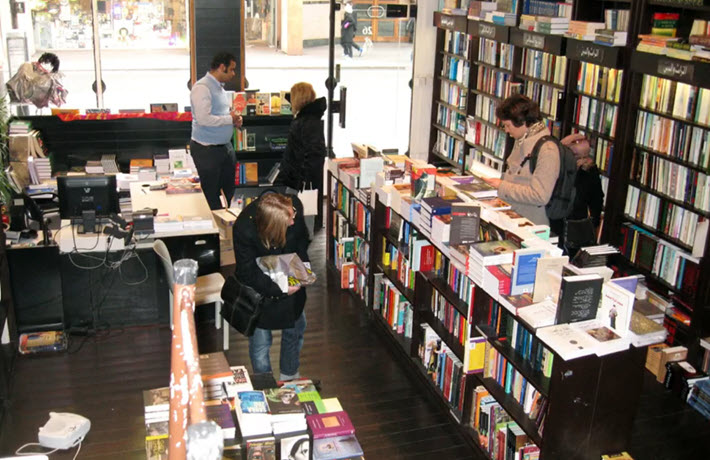 On Monday morning (December 5), Al Saqi Books, the bookstore in London, announced that it will be closing at the end of the year because of recent financial challenges, including a sharp increase in prices for Arabic-language books.

An outpouring of dismay on social media quickly followed the news that the bookstore will close on December 31. “London will never be the same again,” one person tweeted. “My reason for going to London,” another tweeted. And another simply wrote, “Nooooooooooooooo.”

Bidding farewell to an iconic London bookshop: Al Saqi Books stood for freedom of thought and expression, cultural diversity and empathy with all peoples.

Saqi books continues on, with the bookshop always in our hearts. pic.twitter.com/r7KWvQAhXp

Certain bookshops become cultural icons, and Al Saqi, founded in 1978 on Westbourne Grove in the Bayswater area of London, certainly became one of those icons during its 44 years. The first Arabic-language bookshop in the city, it served as a cosmopolitan fixture for Middle Easterners and book lovers alike.

Located in a former theater with a colonnaded façade, the bookshop has creaking dark wood floors and books in Arabic and English, squeezed onto shelves and ranging in subject from design, architecture, and cooking to traditional texts, poetry, literature, and political history.

Two friends seeking refuge from the civil war in Lebanon opened Al Saqi: the late writer and artist Mai Ghoussoub and lawyer André Gaspard, who today runs the publishing company Dar al Saqi in Lebanon. They’d realized there was no Arabic-language bookshop in a city in which there was an increasing number of Arabs fleeing conflict and oppressive political regimes.

A wide-ranging group of Middle Easterners found books banned in their own countries—one of Al Saqi’s credos was to never censor—and the bookshop soon became a cultural and intellectual hub known for its readings and the lively discussions and parties that ensued. It wasn’t just the Arab intelligentsia that visited the shop.

According to Salwa Gaspard, André’s wife, ambient composer and musician Brian Eno credited his discovery of the bookshop as being as vital as when he discovered rock ‘n’ roll and the blues as a teenager. Salwa Gaspard began working in the bookshop in the 1980s and took over management in 2007 after Ghoussoub’s untimely death at age 54.

Adding Two Presses to the Bookstore 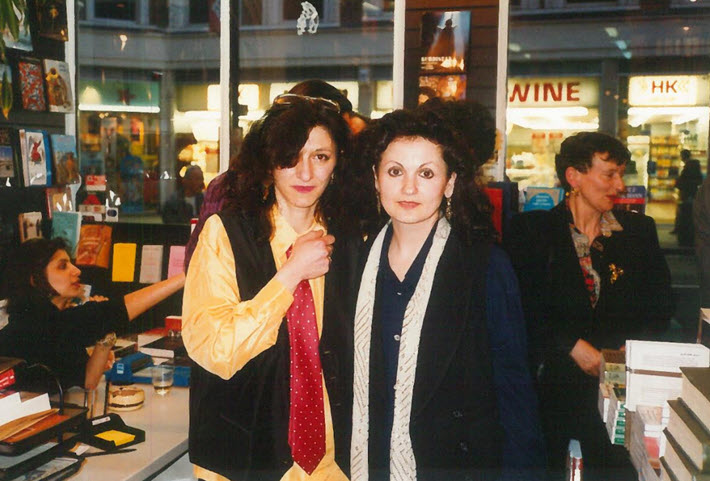 The bookshop flourished. Its associated English-language publishing imprint Saqi Books was created in 1983 and now is run by Lynn Gaspard, André and Salwa’s daughter. A sister Arabic-language press, Dar al Saqi, was added in Beirut in 1991.

Salwa Gaspard says, “At the very beginning, Lynn would play hide-and-seek in the bookshop. Both my daughters would help put catalogues into envelopes before we could send them via the Internet. They didn’t have family here; the Saqi employees were their family. It was a home away from home.”

Gaspard worked closely with Iraqi refugee and former librarian Amin Al Issa. In addition to his knowledge of Arabic-language books, Issa was known for his radiant smile.

“He was a pillar of the bookshop,” Gaspard says. She remembers an Arab customer commenting to Issa a few years ago, “All these books, selling all these books, did this serve a purpose, now that we’ve ended up with an Islamic state?”

Mounting Financial Pressures in the UK and Lebanon 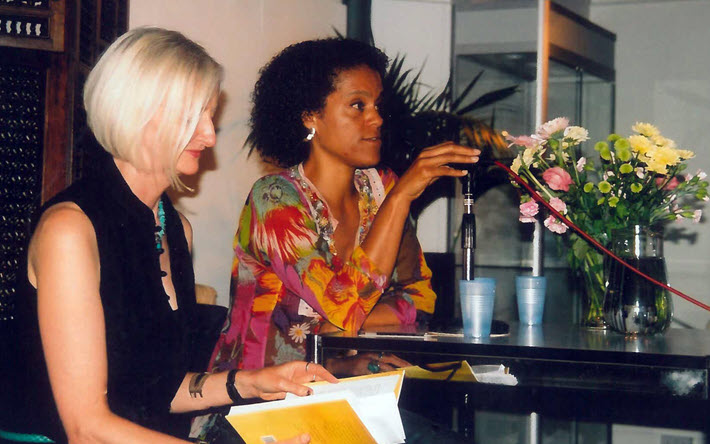 Maggie Gee and Bernardine Evaristo at a release party for Saqi Books’ publication of Gee’s ‘The White Family’ with its introduction by Evaristo, an event held at Kufa Gallery. Image: Al Saqi

The Saqi family businesses have dodged many bullets. The bay windows of the bookshop were smashed in 1988 when Salman Rushdie’s The Satanic Verses were featured. Dar al Saqi’s warehouse in Lebanon was bombed by Israel in 2006, as Kamila Shamsie would write about at The Guardian. And flash flooding in London last year destroyed hundreds of Al Saqi’s books.

As it turns out, the confluence of economic challenges including Brexit, the financial crisis in Lebanon, and what many economists believe is a UK recession, have made it impossible for the bookshop to stay open.

The store used to send books to many parts of the world, but post-Brexit, Gaspard says, “Taxes became very expensive for Europe, and shipping charges are much higher everywhere.”

The shop made most of its revenue from Arabic-language books, she says, and they used to be able to keep the price under £20 (US$24.57). But the cost of shipping has skyrocketed, with a shipment for 150 books from Lebanon to England increasing from £600 (US$737) to £2,200 (US$2703), making it impossible to keep a book’s price under £20. Moreover, publishers in Lebanon want to be paid in cash, given the country’s problems with its banks. Gaspard cites energy prices in England quadrupling and fewer Arab visitors from overseas as additional hurdles. 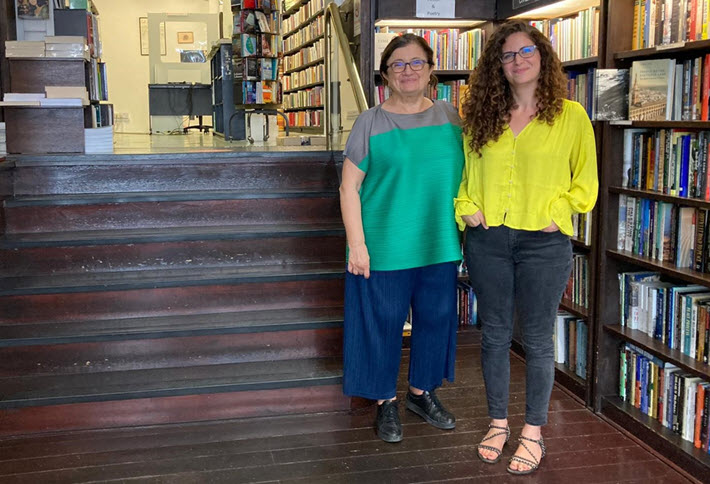 All three Saqi companies are linked together as a family business. “We value our independence,” Gaspard says.

Gaspard says she’s proud of her daughter Lynn, whose publications at London’s Saqi Books reflect the spirit of the Saqi enterprise, with titles by authors Leila Aboulela and Mai Al-Nakib to be published in the new year, exploring untold histories of Arab women. Saqi Books had shared office space with the London bookstore, and now is looking for a new location.

The bookstore will be holding a close-out sale throughout December.

“Ask me in a few months how I’m feeling,” Gaspard says. “All I know right now is that there’s a lot of love.” 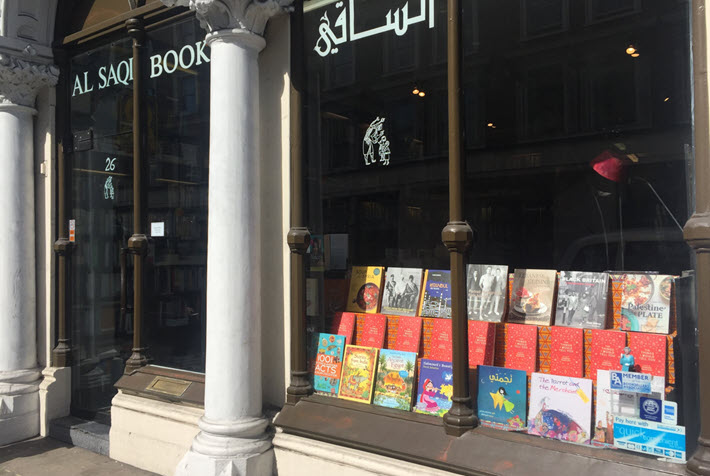 The Al Saqi bookstore is to close on December 31, with a close-out sale ongoing until then. Image: Al Saqi

Publishing Perspectives readers familiar with the work of Al Saqi Books in London and Dar Al Saqi in Beirut will be interested to note that Lebanon’s Dar Al Saqi has two titles longlisted in the Sheikh Zayed Book Award’s 2022 Children’s Literature category.

More from Publishing Perspectives on bookstores and bookselling is here, more on the UK market is here, and more on Arabic in world publishing is here.