Italy’s publishers expect their year-end revenue to be down by between a modest 1.1 and 1.8 percent as compared to 2021. 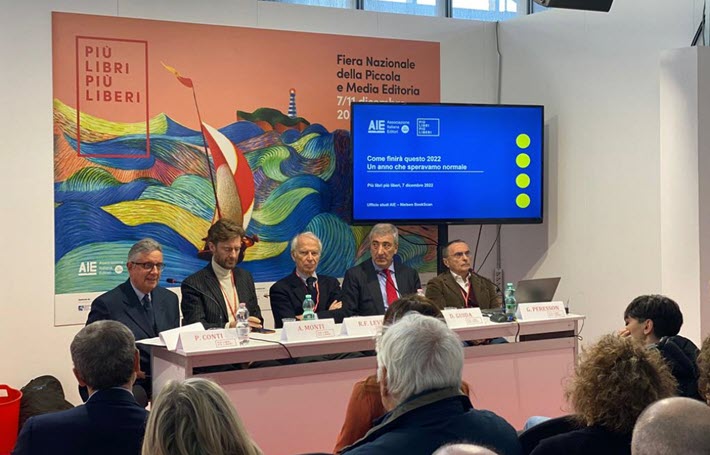 This outlook is based on Nielsen BookScan data for the first 11 months of the year, and preceded today’s opening of the Più libri più liberi rights trading center, which we’ll have more about in our upcoming Rights Edition on Friday (December 9).

In his commentary on the market’s performance, the publishers’ association president, Ricardo Franco Levi, told his audience, “The considerable resilience of sales is an important fact that’s a testament to the ability of Italian publishing to react.

“Sales data reflects the responsible decision by publishers to keep retail prices unchanged, in the face of inflation and an explosion in production costs, starting with paper and energy–a costs explosion which obviously weighs particularly heavily on small and medium publishers.

“It’s essential that the tax credit on paper is reactivated and that all measures supporting reading be maintained, starting with the 18App at a time when families’ loss of purchasing power is cause for concern.”Ricardo Franco Levi, AIE

“That’s why it’s essential that the tax credit on paper is reactivated and that all measures supporting reading be maintained, starting with the 18App at a time when families’ loss of purchasing power is cause for concern.”

Diego Guida, president of the small publishers’ association and vice-president of AIE, said, “Once again, figures show how much of national publishing is made up of small and medium-sized publishers of great vitality but which, at the same time, have to deal with very difficult problems, starting with distribution.

Medium-sized publishers are driving growth, but special attention needs to be paid to small and micro-publishers, which are suffering from the difficult economic situation in a very particular way.”

By the numbers: Strongly Ahead of 2019 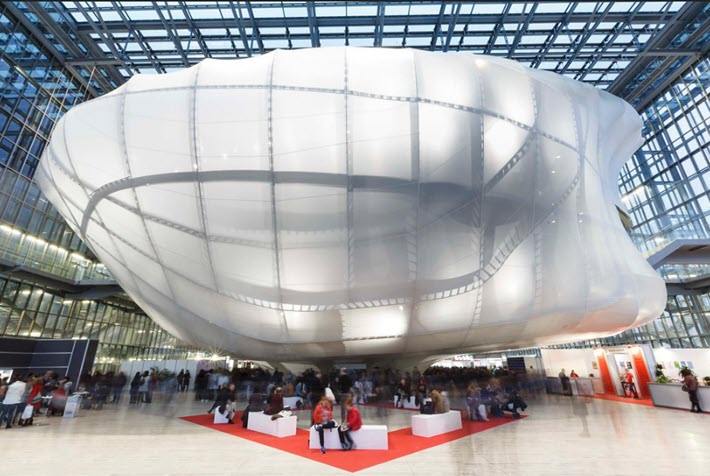 As is the case in many markets, current-year declines in sales are best understood when viewed in comparison to 2019 figures, the last year in which the international book business was operating without the effects of the coronavirus COVID-19 pandemic.

January through November, the publishing industry’s sales at retail prices came to €1.268 billion (US$1.3 billion), down by 2.3 percent in comparison to 2021’s figures—but that’s a 12.9-percent gain over 2019’s pre-pandemic numbers.

Genres and the Attraction of Escapism

Confirming a trend that sees sales spread over a widening range of titles, the Top 100 titles this year have accounted for only 8.8 percent of total sales. The backlist “is again a strong point in the market,” the report provided to Publishing Perspectives tells us, accounting for 70.4 percent of total sales in one year, while new titles account for 30.9 percent.

In this context, two books appear in the Top 10 by the Italian Erin Doom in first place (Fabbricante di lacrime) and in eighth (Nel modo in cui cade la neve), Colleen Hoover is in third place with It Ends With Us (and see our NPD BookScan report from Tuesday for more of Hoover’s dominance in that article’s latter section).

Madeline Miller with La canzone di Achille is in Italy’s seventh place, and K. Shell is in ninth with Let the Game Begin

The association notes that these works are all the by female authors who have benefited from good traction in social networks. 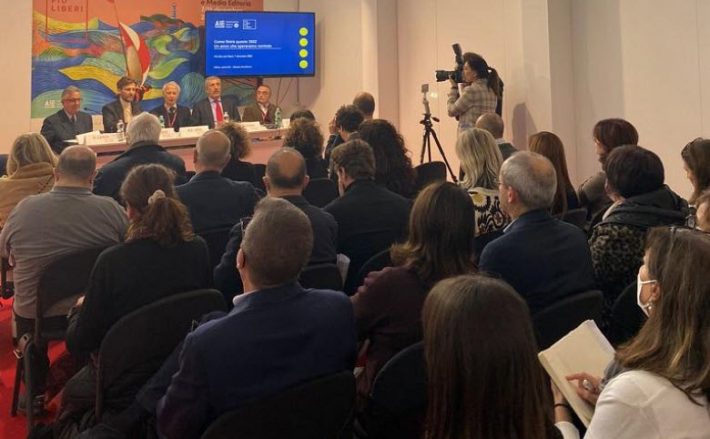 A packed audience of news media representatives and publishing professionals listen to the Italian industry statistics report on December 7, the opening day of Rome’s Più libri più libero, which is produced by AIE, the publishers’ association. Image: AIE

More from Publishing Perspectives on the Italian market and news from its publishers’ association is here. More on industry statistics is here and more on guest of honor programs at Frankfurter Buchmesse and other trade shows and book fairs is here.

More from us on the still-ongoing coronavirus pandemic, which factors into many parts of this report from Italy, is here.