BookBeat is ditching an all-you-can-listen-to audiobook subscription in a major market and rolling out time-based packages in six other countries. 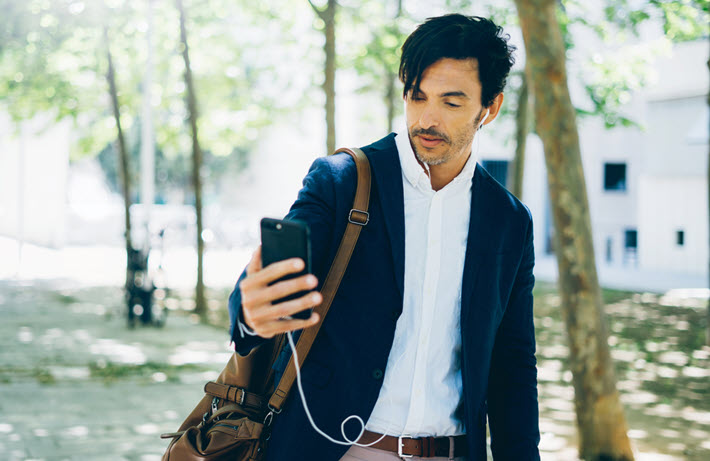 France is awakening to audiobooks, according to many business players, including the country’s publishers’ association, the Syndicat national de l’édition (SNE), and the German-based Bookwire, which last week announced its new audiobook production and distribution deal with the French Banijay Group’s Kids & Family division.

Bookwire near the end of November, you’ll remember, also streamed its French “All About Audio” program, and has hinted at more deals to come in France.

Storytel jumped in with its French service in September, announcing that it has Hachette Livre onboard, along with Madrigall, Editis, and Actes Sud—a rich group of publishers.

None of this has been lost on Bonnier’s BookBeat, which on Friday (December 2) announced that it, too, has opened its French service, also with Hachette Livre as a partner. In October, we’d covered the Stockholm-based BookBeat’s entry into Spain and Italy. France is BookBeat’s 13th market and the service promises 700,000 titles.

And yet, for all this opening and launching and rolling-out of les livres audio in France, an equally interesting point has to do with BookBeat’s usage-time subscriptions—not least because in the United Kingdom, the company is actually jettisoning its all-you-can-listen-to model to offer its customers three metered options:

France makes a fine test market for the three-tiered options, not least because many of its consumers are relatively new to the busy marketplace of audio offerings.

In the UK, the change lands with a different weight because consumers there, who are accustomed to that unlimited listening model, are finding out they either don’t or won’t have it going forward. We’ll be interested to learn how existing British subscribers are reacting. 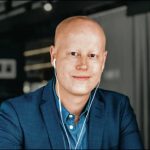 Niclas Sandin is BookBeat’s canny CEO—not one to make big changes without good reason. In an explanation of this evolution of his subscription restructuring, he says, “Since we launched BookBeat, we’ve gathered more than 500 million hours of listening data. Based on that data, we know that the biggest long-term challenge to making the streaming business model work is the heavy users.

“Only 5 percent of the users listen more than 100 hours per month, but they contribute to 25 percent of the listened hours. To make the model work in the long term, either the price that a service pays its publishers must go down or the price for users goes up.

“We’ve created our own solution to this challenge that takes away the stress that heavy users put on the model, while allowing us to create better offers for light users. In short, it is a dynamic model. Based on how much you listen, you’ll pay more. We’ve already launched the model in Sweden, Finland, and Germany, and we know it’s attractive for users but also helps us keep the price we pay publishers at a sustainable level.”

And there’s the word: sustainability.

You may recall a time not many years ago when early ebook subscription services found that those famously voracious romance readers were creating the kind of stress on the system that Sandin says his heavy listeners are doing. It was in 2015 that Scribd announced that it would adjust proportions of its genres to lessen the availability of romance titles.

The imbalance that any usage dynamic for an unlimited subscription product is understandable –whether based in a specific genre or in the simple overhang of demand from a minority of avid subscribers. Scribd CEO Trip Adler’s defensive move in 2015 proved to be wise. If Sandin’s term for the change in the UK—an “update” to the subscription model—is similarly effective, his usage-time approach may prove smart for the longevity of BookBeat.

BookBeat is giving this structure a go in seven of its 13 markets as a kind of lab that other services can watch, a substantial pilot project for evaluation. We’ll look to hear from Sandin on how the approach develops.

“We’re happy to finally take our first steps in France,” Sandin says, “and simultaneously update our offer in the UK. Both markets have shown great potential over the last few years.”

In our write-up of our Executive Talk in the Publishing Perspectives Forum with Charlie Redmayne, we noted that the CEO of HarperCollins UK made the point that that if many world markets are moving into what some economists warn is recessionary territory, it will be the first time the publishing industry has faced that sort of economic challenge amid the now firmly entrenched presence of entertainment subscription services.

While some specialists say the United Kingdom has entered recession, Reuters London reports that Swati Dhingri at the Bank of England has warned that raising interest rates further “could deepen an expected recession. You do see a much deeper and a longer recession with rates being much higher,” she’s quoted by Reuters saying to the Observer. At the Financial Times, Daniel Thomas is writing, “The UK will fall into a year-long recession in 2023 as the ‘stagflation’ combination of rising inflation, negative growth and plummeting business investment weighs on the economy, according to Britain’s largest business group.”

And in his leader piece for Friday’s (December 2) edition of The Bookseller, editor Philip Jones writes to the British publishing market that it’s good to remember that that even while observing a 7-percent slowdown over last year’s pandemic-boosted performance, November was still 17 percent ahead of where November 2019 was, the result of building “a new reading and book-buying culture … we now can begin to lean into.” He does note, though, that the current downturn “coincides almost exactly with the cost-of-living crisis beginning to make its impact felt, with customers cutting back at just the wrong moment (for us)” in publishing’s Christmas cycle. 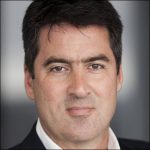 In our “PP Forum” talk at Frankfurt, Redmayne’s comments on subscriptions were primarily related to the streamers in television and film—Netflix, HBO Max, Amazon Prime, and others. But as he pointed out, in the concept of subscriptions, “The actual value is all about perceived value. People think, ‘I couldn’t possibly do without my Netflix subscription, for which I’m paying £7.99 or £8.99, because I watch so much.’”

All is competition in the “attention economy,” in which books vie not only for the same discretionary funds but also for the same available time a consumer may otherwise devote to film, television, gaming, music, and many more subscription options. At least most audiobooks are purveying a product of the publishing industry. But at what point does the “I listen so much” perception of an audiobook subscription’s value start crowding a consumer’s potential spend on other formats–and more copies? The one-audiobook-per-month subscription model used in the United States by Audible, gains new focus, although it has used other models in some markets.

There could be much to learn, as Redmayne says, in the hard times of a challenging winter. The structure of BookBeat’s usage-time subscription model is likely to offer a distinctive look into market performance in an era of subscriptions.