Taking time to honor progress—and point to the need for more—England’s BookTrust reflects on diversity in children’s books. 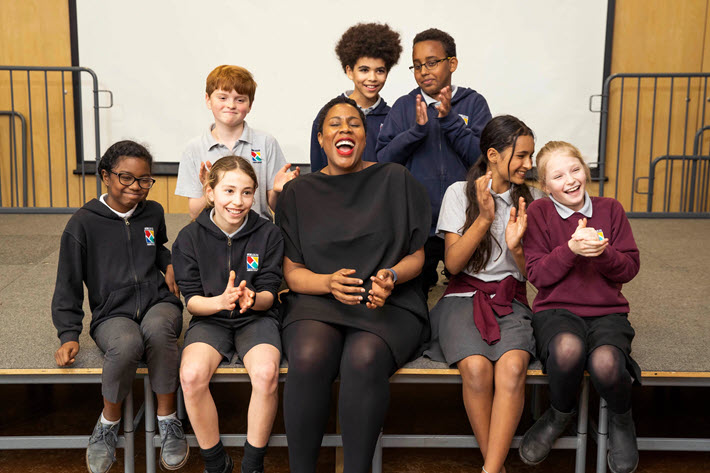 The author Sharna Jackson, who publishes with Penguin Random House UK, the independent house Knights Of, and others, visits with students at a school in Bristol. Image: BookTrust

‘I Just Want Some Regular Tales’

The United Kingdom’s BookTrust, a nonprofit agency engaged in promoting and supporting children’s reading, has presented two late-autumn reports on young people’s books and creators of color—writers and illustrators.

They arrive near the time when schools are emptying for a holiday break. There’s time, we’d all like to think, for contemplation of what might be done in a new year. These studies—one qualitative and one quantitative—offer a look into a major international market’s experience in searching for the wholeness so many societies need to develop, through young people’s literature and its producers.

Children’s literature in recent years has served as a robust communications channel in topics of diversity and inclusion. Many parents and educators appreciate the assistance that books can offer in helping to raise children less encumbered than earlier generations with bias, however unconscious. 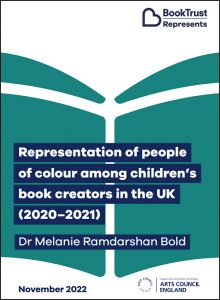 In its new studies released in England, the BookTrust program has focused on what children’s reading and reading-education programs reveal about racial diversity questions, specifically about who is writing and illustrating young people’s content.

Issues of diversity are among those that British publishers, led by the Publishers Association, are admired for having taken especially seriously among international markets. On the other hand, research commentary from BookTrust’s reporting indicates, “Creators we spoke to raise[d] concerns that some publishers are engaging superficially with issues of exclusion and under-representation. They worry that the push to publishing creators of color has become either a trend or a tick-box exercise and that engagement with representation will not be sustained.” 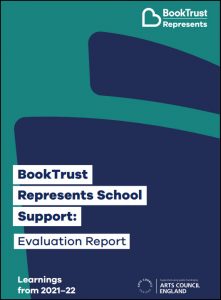 As in so many difficult and pressing social issues, earnest viewpoints can be miles apart.

Needless to say, a 43-page and 23-page study, landing at once on journalists’ desks is not something those journalists can fully encapsulate in the news media. We recommend that, if interested, you have a look at both.

The first examines those who write and/or illustrate children’s books in the UK market—how many of them are of color?

The second takes stock of BookTrust’s “Book Trust Represents” program, which supports appearances by creators of color in classroom visits.

Top-line observations from the BookTrust studies:

BookTrust reports that last year, 28 percent of the books it distributed to children in its programs in England, Wales, and Northern Ireland, were books written and/or illustrated by people of color. The organization began researching the representation of people of color among writers and illustrators of children’s books in 2019. Diana Gerald, the program’s CEO, writes in her introduction, “Three years ago, I wrote that ‘there is still a way to go before we have a truly representative canon of children’s literature’. That is still the case today.”

Points from the BookTrust Research 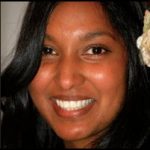 Melanie Ramdarshan Bold is an associate professor in children’s and YA literature studies at University College London, and she’s the author of BookTrust’s 43-page study Representation of People of Color Among Children’s Book Creators in the UK. Bold points out in her executive summary the nature of the “motivational” factor the research is concerned with alongside sheer data points.

“The absence of an inclusive range of characters or creative role models,” she writes, “has the potential to deter children from minority backgrounds from reading and experiencing its wide ranging benefits. In turn, this lack of engagement with reading could deter children of color from pursuing careers in writing and illustration and further embed the imbalance.”

And in terms of progress, she writes, “While we are seeing a year-on-year increase in books by creators of color, we are still far from an equitable culture of reading, creating, and publishing children’s books. In 2020, we set a target for 13 percent of children’s books to be created by authors and illustrators of color by 2022. Our analysis of a dataset of children’s books published in the United Kingdom in 2021 reveals that, if recent increases are sustained, the sector could well be on track to reach that target.”

You can see something of the slow but steadily upward trend lines Bold is referencing seeing in this illustration from the study. 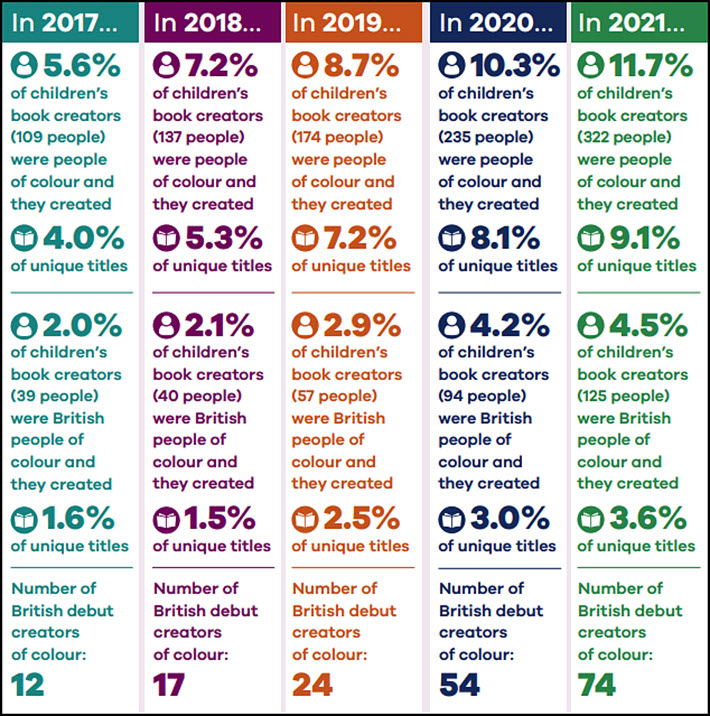 Certainly one of the most cheering trend lines is in the number of debut British creators of color in UK children’s book publishing yearly from 2007 to 2021: 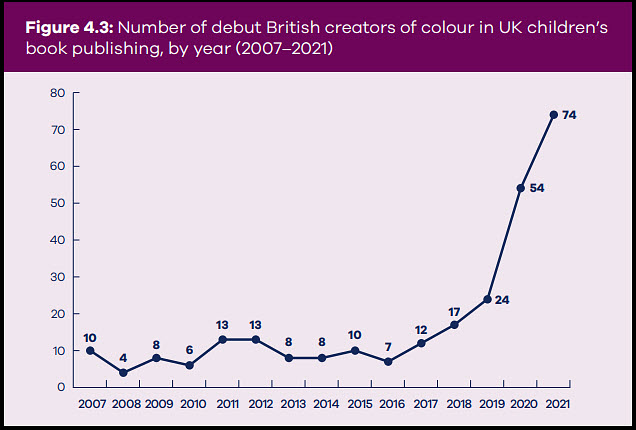 On the other hand, a concerning point arises when Bold looks at ethnicity and gender identity, her research indicating the imbalance seen in the United Kingdom—and this surely would be replicated in many world markets today—in the gender of book writers and/or illustrators. We’ll bullet out for you some of the most telling numbers she has for any society looking for balanced gender, as well as racial, representation: 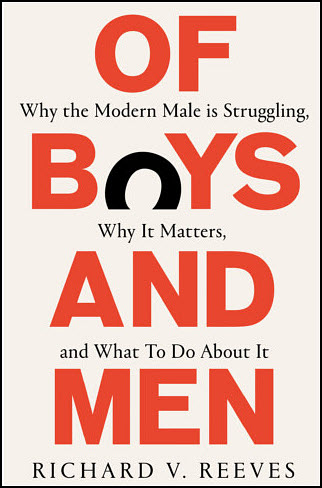 Many in education have read or are reading Richard V. Reeves’ new book, Of Boys and Men: Why the Modern Male is Struggling, Why It Matters, and What To Do About It published by Brookings Institution Press in the States (September 27) and Swift Press in England (September 29).

They’ll immediately see the parallels here between this research and a factor on which he spends an entire chapter. Reeves examines the stark imbalance between men and women working in “HEAL” occupations—health, education, administration, and literacy. (On a wider note about men and boys in the English-language markets, Reeves points out that suicide is the biggest killer of British men younger than 45.)

Bold’s research for BookTrust has reflected here the alarm Reeves is sounding about occupational trends. Even as many women are successfully encouraged to move smartly into STEM occupations, the “HEAL” occupations are struggling with labor shortages and men find little encouragement to enter those careers. 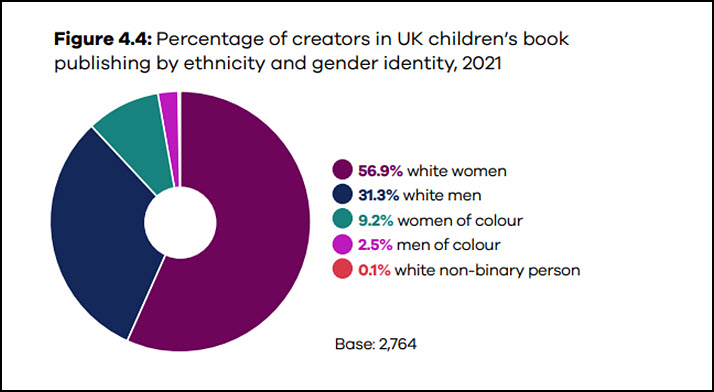 Of importance to our international readership of publishing professionals, Bold’s research also examines who is publishing creators of color in the United Kingdom. Some of the results are telling.

“There has also been a marked increase in the number of unique titles written and/or illustrated by creators of color being published by conglomerates,” Bold writes.

“Conglomerate publishers tend to have substantial marketing budgets and infrastructures, and wider international and national distribution networks; thus, the potential to reach a much wider audience. In [our] interviews, creators highlight the importance of this reach and more mainstream visibility to further improving representation of people of color among children’s creators in the UK.”

This, of course, is heartening for many who work in the most internationalized houses. Corporate-owned publishing takes a nonstop barrage of criticism–as is the case in many industries, of course–and the point is well taken that their ability to mainstream and market content created by writers and illustrators of color carries real value. 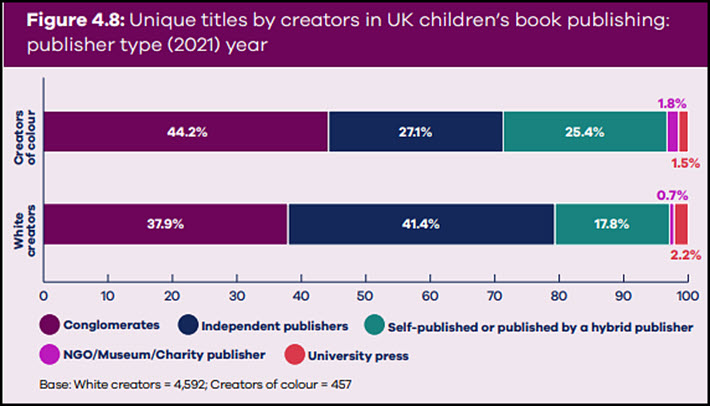 “I just want stories where Black people, Brown people are just being, just existing, without constantly having to be defined by their difference. I just want some regular tales.”Sharna Jackson, author

Is this because writers and illustrators of color simply find major publishing houses less receptive to their work? The answer isn’t here, but in the report’s conclusion, there are strong arguments for the need to focus on diversity while wishing that it didn’t have to be made “a thing,” if you will.

The author Sharna Jackson, published by Penguin Random House UK, the independent house Knights Of, the fine Tate (Museum) Publishing wing, and others, says this well: “I want creators of color to feel free enough to write what they want. I just want stories where Black people, Brown people are just being, just existing, without constantly having to be defined by their difference. I just want some regular tales.”

And where the first study focuses on quantitative data, the second about creators of color “representing” in BookTrust’s school-visitation programs, is more qualitative. In that one,  you read the comments of teachers and their classroom visitors of color. 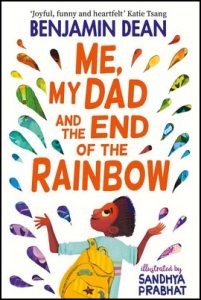 In one case study, as the report puts it, a school used Me, My Dad, and the End of the Rainbow (Simon & Schuster UK)—written by Benjamin Dean and illustrated by Sandhya Prabhat—as a stimulus text in their literacy for a term.

“Teachers did not at first call attention to the fact that the story featured LGBTQ+ characters and themes, and instead allowed students to encounter these naturally,” BookTrust reports. “In doing so, the school [was] able to organically discuss ideas surrounding LGBTQ+ identities in a way that did not ‘other’ these identities.”

Taken together, the BookTrust reports form a welcome, intelligent set of thought-leading documents well worth your consideration for a read during some down time at the end of the year.

Bold is an author, herself. Inclusive Young Adult Fiction: Authors of Colour in the UK (SpringerLink) was released in 2019, and Cambridge University Press (we just wrote about its digitization of its “Christmas books”) is the publisher of Bold’s new YA Anthologies and Activism, to be published in the new year.

As Bold’s research says in its opening pages, “Beginning with the work of early pioneers in the United States, research has demonstrated that books that reflect the world we live in help to build children’s self-esteem and an understanding and empathy toward others.”

Author Sharna Jackson with students at a school in Bristol. Image: BookTrust

More from Publishing Perspectives on industry statistics is here, more on diversity and inclusion in world publishing is here, more on children’s books and content is here, and more on the United Kingdom’s market is here.