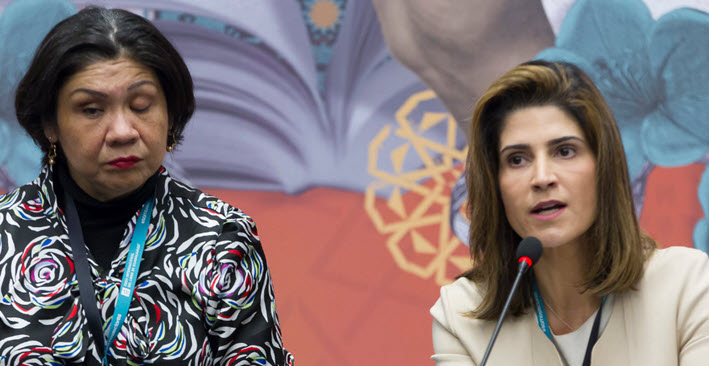 In this program from the Mexican Publishers Association, IPA’s Karine Pansa calls accessible publishing ‘not only a good decision, but also a good commercial decision.’ 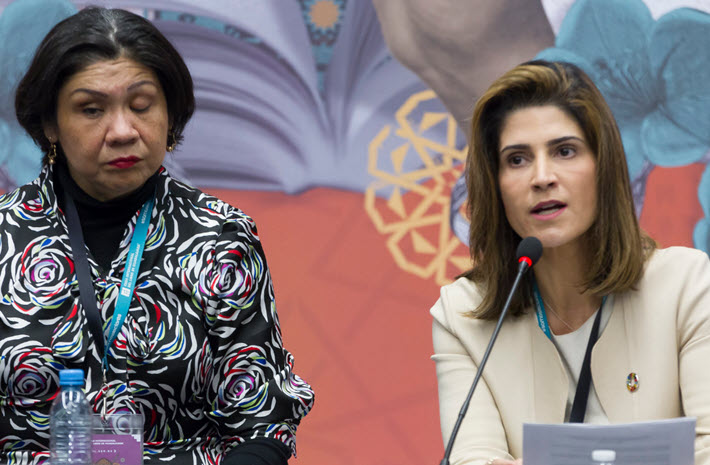 In a session at Guadalajara International Book Fair on Tuesday (November 29), Latin American publishers and readers gathered to focus on the growing emphasis in the international book business on creating texts that are accessible for visually impaired readers.

“Accessible Publishing for People With Print Disabilities: A Latin American Perspective” was chaired by Hugo Setzer, president of the Cámara Nacional de la Industria Editorial Mexicana (CANIEM), which organized the discussion in association with the International Publishers Association (IPA)–of which Setzer is a past president.

Also involved was the Accessible Books Consortium (ABC), which as Publishing Perspectives readers know, is a program of the World Intellectual Property Organization in Geneva (WIPO).

The event also served as an occasion on which to announce the winners of the inaugural presentation of the new ABC Excellence Awards. There are two categories to these awards, one for a publisher and another for an initiative in accessible publishing.

Speaking at the Guadalajara International Book Fair’s two-hour seminar on accessible publishing are, from left, Alma Bagundo Medina of the Accessible Books Consortium; Hugo Setzer, moderator and president of the Mexican Publishers Association, the CANIEM; and Camerina Ahideé Robles Cuéllar, a specialist in public policy on disabilities and a member of the Latin American Union of Blind. Images: FIL Guadalajara, Eva Becerra

During the conversation Setzer led, Brazilian publisher Karine Pansa–the incoming president-elect of the IPA and editorial director of São Paulo’s Girassol Brasil Edições–said that making books accessible to the visually impaired “is not only a good decision, but also a good commercial decision,” given that it builds the consumer base for books.

“I call on all publishers, big and small, to create accessible books,” she said, and pointed out that Latin America nations should follow the example of Europe with its Accessibility Act that makes it mandatory for publishers to make all ebooks accessible to the visually impaired by June 2025. The effect of this, she pointed out, is that other markets of the world, including the United States and Canada, will have to comply when exporting their own content to the European Union.

And in Brazil, she said, 60 publishers already have signed a letter pledging to only produce accessible ebooks.

Mexico’s representative for the implementation of the WIPO-based Marrakech Treaty, Camerina Ahideé Robles Cuéllar, highlighted the positive impact people with disabilities get from reading.

Robles Cuéllar is a Mexican professor and specialist in public policy for people with disabilities and a member of the Latin American Union of the Blind (ULAC).

Reading, she said, “helps people make informed decisions, increases their vocabulary, stimulates activity and the imagination, and augments their self-expression and self-esteem.” She called, however, for an international strategy to implement the Marrakesh Treaty, which creates a copyright exemption allowing for the international transfer of specially adapted books for the visually impaired. It came into force in 2016.

Robles Cuéllar said that there’s a “hunger” in all countries for access to books, and that the universal right to access to reading is “not negotiable.” She said that not making books accessible to the visually impaired is an act of neglect by publishers who aren’t providing such people with the opportunity to read and spur their intellectual development. 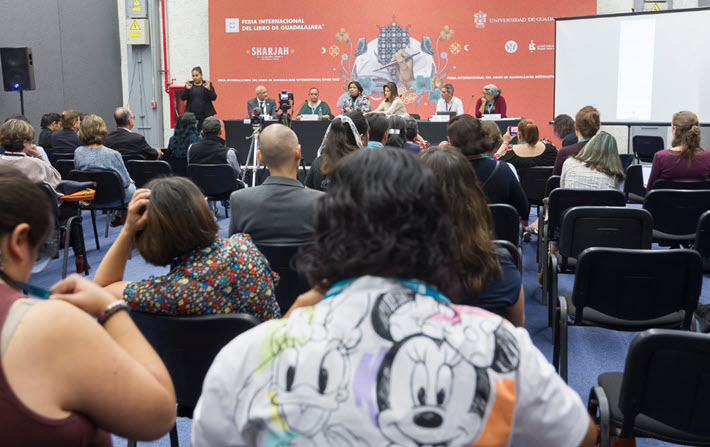 Echoing Robles Cuéllar’s argument, Hilda Laura Vázquez Villanueva–blind since birth, with a degree in social work and a master’s in senior management–said that the right to access to information is the same worldwide, and that Braille is not the only solution. She did add, however, that, “We all love to caress a bit of Braille now and again.”

“It’s very important that a reader has the option to use the format they choose for reading, and not just Braille.”Camerina Ahideé Robles Cuéllar

“It’s nothing out of this world,” she said in reference to the need to make books accessible to the visually impaired. Instead, it’s “a task that brings many benefits and costs nothing, and what we are calling for is for publishers to make these tools available to readers.”

The Accessible ePub 3 feature is considered by the Accessible Book Consortium to be the gold standard in the publishing industry for the production of accessible digital books, allowing for the creation of an electronic file that can be used to produce accessible digital books in various formats, such as an audiobooks with a synthesized voices or human narration, embossed Braille or an electronic version that’s read on a computer with a Braille keyboard.

In addition, the DAISY Consortium, with partial funding from World Intellectual Property Organization, has developed an open-source cross-platform conversion tool for software developers to us in creating accessible formats, often at publishing houses in which the “born accessible” approach has aligned all content-development

“It’s very important that a reader has the option to use the format they choose for reading, and not just Braille,” Robles Cuéllar said, while Vázquez Villanueva highlighted how the enjoyment of literature can be enhanced by listening to a human or even an artificial voice reading it.

As part of its work to increase readership, the consortium carries out training programs for publishers in creating accessible books, and that training is online and free of charge. While that course work is now only available in English, it’s expected that it will soon be offered in Spanish and French.

This is Publishing Perspectives’ 205th awards-related report in the 216 publication days since our 2022 operations began on January 3.