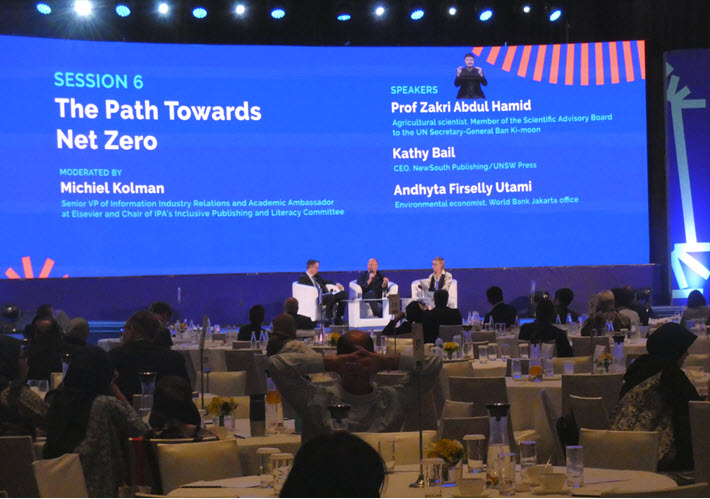 The 33rd International Publishers Congress hits the right notes in a complex array of issues, needs, successes, and challenges. 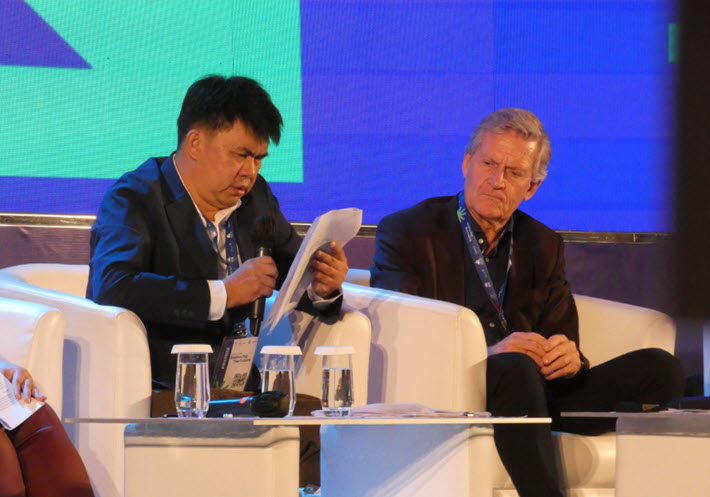 Much To Say, Many To Say It

As anyone who programs conference material in the international book publishing arena can tell you, the biggest problem is never a lack of important content. It’s the opposite. There are myriad topics, issues, trends, and concerns that can be addressed.

What that led to on Thursday (November 10), the first of two days in the 33rd International Publishers Congress in Jakarta, was a nine-hour sequence of presentations, the last session of which played to perhaps less than a fifth of the audience that had started the day’s rich but dense agenda.

Friday’s closing day (November 11), is slated to run even slightly longer, at nine-and-a-half hours, with a two-and-a-half-hour gala dinner to follow. At that evening event, Thai publisher Thanapol Eawsakul will be formally recognized as this year’s IPA Prix Voltaire laureate, a recognition of Same Sky Publishing‘s (Fah Deaw Kan, ฟ้าเดียวกานต์) faithful resistance “to intimidation and continuing to publish works they believe in,” as the IPA’s Freedom to Publish committee chair Kristenn Einarsson has put it.

With more than 50 years in the business, Ghosh, the first recipient of the new Champion Award, urged industry players to remember the singularity of what book publishing is in the panoply of entertainment and informational media today. And Brazil’s Fernanda Gomes Gardia Franco and Vitor Tavares were on hand to accept the first Innovation Award. 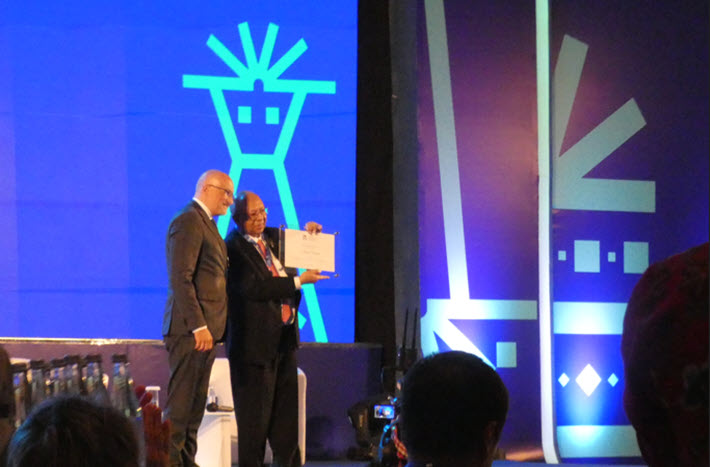 The Indonesian congress is also navigating a difficult wealth of audience constituency.

Produced through the rightly proud support of Jakarta’s Tourism and Creative Economy Department, the Indonesia Publishers Association, the Jakarta Book City Committee, the program has been created to welcome the local public as attendees at no charge, attracting hundreds of citizens to the event.

Needless to say, this creates a unique opportunity for a professional conference of international specialists to be watched by a lay audience of patient, interested literature fans. A welcoming emcee-couple provides sitcom-light banter between events, which sometimes can help orient the public participants to some of the issues being addressed onstage.

It’s a tall order, though, for these intrepid citizen-delegates to follow, in English, the many issues, often complex, that IPA’s publishing leadership is discussing.

From the “pillars” of IPA’s ethos—the protection of copyright and the freedom to publishing—to outgoing president Bodour Al Qasimi’s call for unity and collaboration in the world industry, “so we emerge on the other side stronger together, the opening day’s discussions included artificial intelligence, the challenges of technology (and surveillance), marketing and distribution, children’s publishing and “future-proofing tomorrow’s readers,” challenges to creative industries, and the many concerns of the climate crisis and the book industry’s need for a substantive response.

The Friday agenda is similarly crowded, with issues of women in publishing, the value of edtech, accessibility in publishing (and the coming European mandate for 2025), translation and cultural hegemony, the promotion of reading particularly beyond the emphasis on children, plus the place and importance of diversity.

A broad spectrum of key speakers and influencers is here in Jakarta under the watchful eyes of gracious hosts and with generous applause for key points well made. What may come of this painstakingly assembled program is an understanding that the publishing industry is a wide one, and its best messages—and their most eloquent proponents—are most resonant and actionable when examined singly and in some depth. 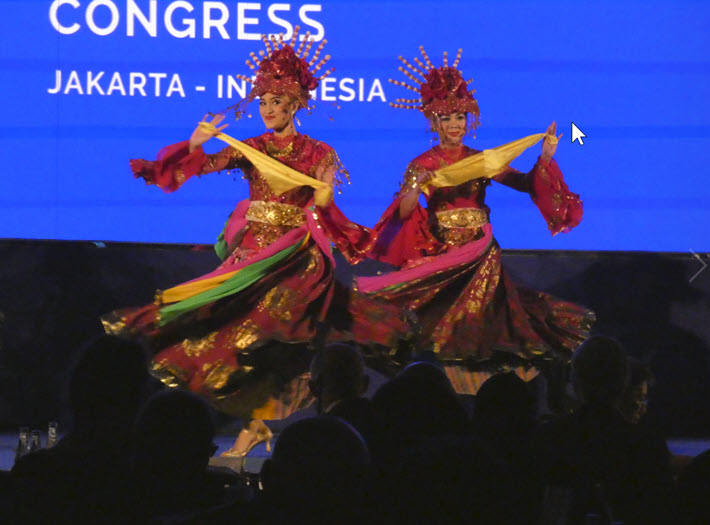