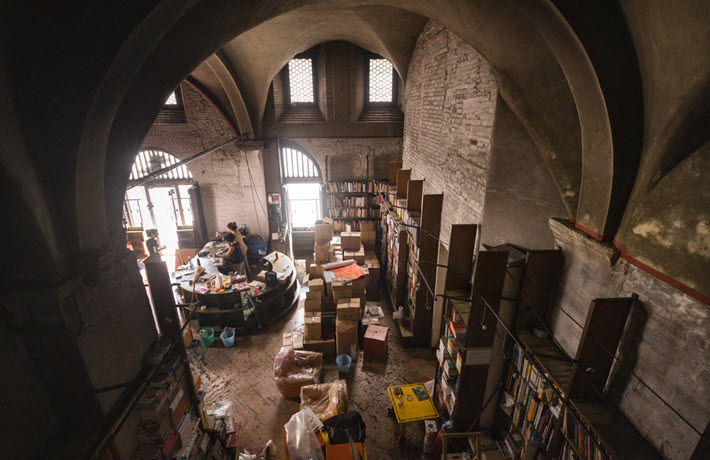 The Bologna bookstore, Giannino Stoppani, was damaged by fire in May. Sharjah World Book Capital has contributed €50,000 to assist.

The Bologna Bookstore Has Partially Reopened

On the sidelines of the ongoing Sharjah International Book Fair—which runs through Sunday (November 13)—we’ve had news that the Sharjah World Book Capital office has made a €50,000 donation (US$49,992) to the restoration fund for a Bologna children’s bookstore, Giannino Stoppani.

On May 20 at roughly 1 p.m., the store—founded in 1983 and set in the Palazzo Re Enzo complex—was damaged in a fire. Fortunately, no one was hurt in the blaze, according to news reports, leaving some 27,980 books partially affected and apparently still salable after cleaning. Roughly a fifth of the inventory may have been the most seriously damaged.

The store reportedly has been able to reopen partially since the May mishap, but extensive work is needed to see the remainder of the venue returned to working order.

It’s partly for just such situations that Al Qasimi, the outgoing president of the International Publishers Association (IPA), has kept the Sharjah World Book Capital office open since the emirate held the 2019 designation from UNESCO, starting a new network of former World Book Capital cities for mutual support.

In 2020, our readers will recall, the sustained presence of the office and its project of providing assistance was seen in play when the Port of Beirut blast prompted the program to assist both the Beirut International Book Fair and damaged libraries in the city.

Al Qasimi: ‘To Rally Around the Store’ 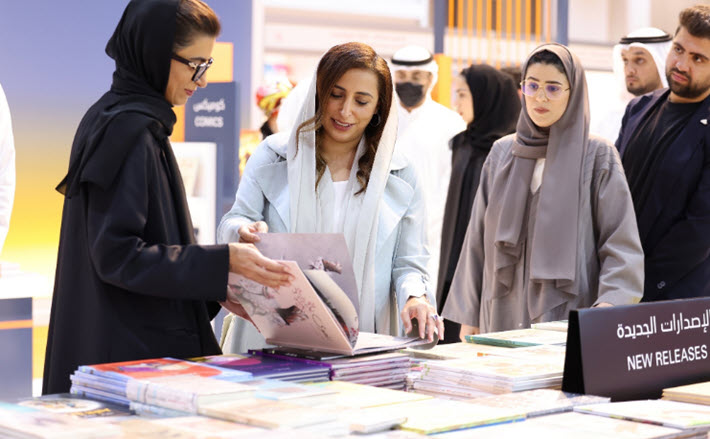 In the current instance, the Italian bookstore’s fire damage, Al Qasimi is quoted, saying, “When I heard about the fire at Giannino Stoppani, I knew that we as a publishing community needed to rally around the store in order for it to take up its important work once again.

“I’m delighted that Sharjah World Book Capital has been able to offer its backing as the store strives to get back on its feet.

“I’d like to thank Marcella Terrusi, the University of Bologna professor who facilitated the contact and communication with the owners of Giannino Stoppani Bookshop.”

And Giannino Stoppani’s co-owner, Silvana Sola, says, “The support we’ve had from the community has meant the world to us. We’re truly and deeply honored and want to thank you all for this, for the kind words about our work, and for the international commitment to children’s book culture.

“This help has been an essential to us, and we feel you all close by our side.

“Although we’re not fully reopened, being able to welcome readers again—even in a small way—is an important first step for us, and we look forward to a future in which we ‘ll celebrate the rebirth of Giannino Stoppani together.”

Sharjah World Book Capital in the last year has also contributed to parts of the Ukrainian publishing community during the unprovoked and prolonged assault by Vladimir Putin’s Russia on Ukraine. 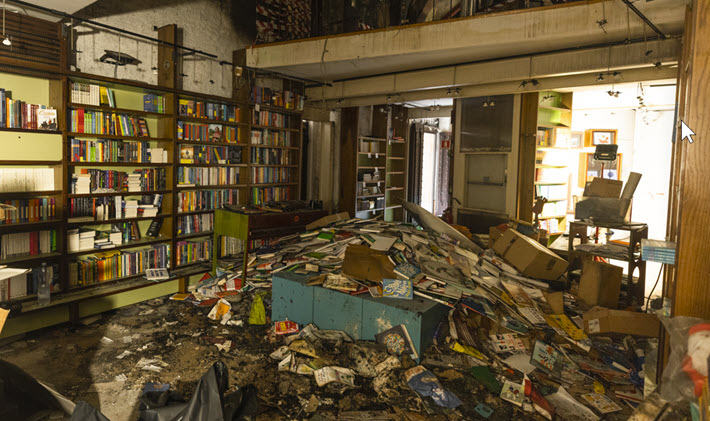 Inside Bologna’s Giannino Stoppani bookstore after a May 20 fire swept through the facility. Image: Provided by Sharjah World Book Capital

More from us on Sharjah and its initiatives in publishing is here, more on UNESCO’s World Book Capital program is here, and more on bookstores and bookselling is here. More on Ukraine and the impact on publishing of Putin’s attack is here.