In the ‘Confidence in Research’ study, 32 percent of respondents said they have experienced or knew a close colleague who had experienced “abusive or acrimonious communications online.” A quarter of those surveyed cited “the increased risk of bullying and/or harassment as one of the main challenges of increased public attention to research.” North America and Europe are the areas in which these responses carried the most weight. Image: From Economist Impact / Elsevier: ‘Confidence in Research’

Online Abuse Cited as a Factor by 32 Percent

Today (November 8), Elsevier has released its new “Confidence in Research” report, based on a survey of 3,000 researchers from around the world. The survey, announced on July 13, was conducted in collaboration with UK-based Economist Impact. It had to do with the way researchers themselves see their fields, their work, and the deficiencies that might limit trust.

While there’s a lot to be said about the public’s trust and understanding of the research industry in an age of mis- and disinformation, this study’s look at scientific researchers, themselves, indicates that 63 percent of scientific researchers surveyed said they feel the coronavirus COVID-19 pandemic has increased public attention on research, but only 38 percent said they think that better public understanding of research will be a legacy of the pandemic.

With the input of more than 3,000 scientists, scholars, and researchers, the interest was in how the still-ongoing pandemic has impacted research and its communication in the face of heightened public scrutiny.

As the executive summary says, “The huge quantities of information, increasingly publicized before peer review, poses challenges to identifying information that can be relied upon, even for seasoned researchers.

“This information must be synthesized and shared with the public, media, and policymakers, and researchers are increasingly the messengers.

“But what are the longer-term impacts of this? Are researchers prepared for this public-facing role? Are they equipped to communicate complex, often nuanced findings to lay audiences? And are they confident that the research community is providing them with support and incentive structures that are fit-for-purpose amidst this new landscape?”

Perhaps not surprisingly, the survey found that “being published in a peer-reviewed journal is the most important marker of reliability, according to 74 percent of researchers surveyed.”

The study also indicates that more than half of researchers responding (52 percent) said they feel the pandemic increased the importance of publishing research early, prior to peer review, and many—particularly women, early career researchers, and those in Global South countries—said they feel the pandemic has widened inequalities in, and access to, funding in their fields. 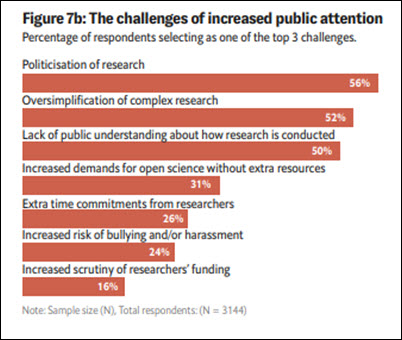 Over-simplification was a concern for 52 percent of the respondents, and 56 percent of them cited politicization of research as a problem “because of increased public attention and social media focus on research and the research process.”

In fact, only 18 percent of the respondents said they feel “highly confident” in communicating their feelings on social media, and 32 percent said they’ve experienced or known a close colleague who experienced abuse after posting research online. You can see some of these responses in Figure 7B from the report, and more on the issue is in Figure 12 from the report, which is at the top of this article.

Just more than half the researchers surveyed, or 51 percent, said they feel a responsibility to engage in debate online and 69 percent said they believe that the pandemic has increased the importance of separating quality research from misinformation.

There’s a section called “Addressing Misinformation” in the study, on Page 49 that leads with the line, “A lot of thinking has gone into understanding how mis- and disinformation spreads and what social media companies can do to prevent it, although it remains a ‘wicked problem'”—that phrasing being a reference to a 2020 piece from the Brookings Institute, Disinformation as a Wicked Problem: Why We Need Co-Regulatory Frameworks.

“Misinformation,” today’s media messaging reports, “has become such a concern globally in recent years that 23 percent of academics said they now see publicly countering it as one of their primary roles in society, compared to just 16 percent who said this was the case before the pandemic.”

Recommendations Included in the Report 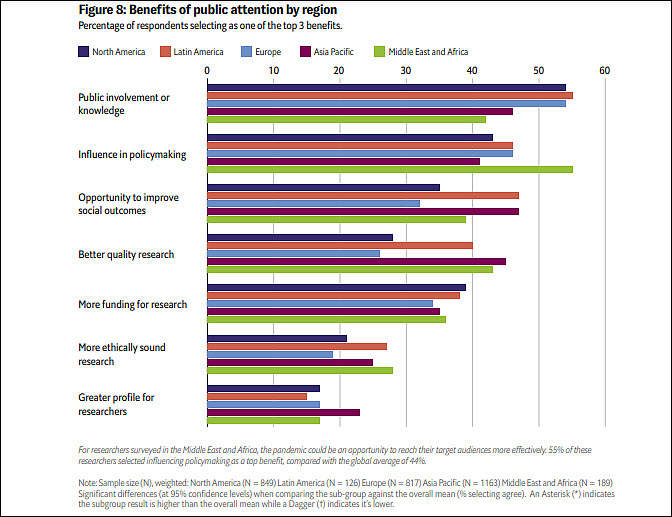 Recommendations based on the research include these points. (See “Key Takeaways and Areas for Action” on Page 47 of the report.) 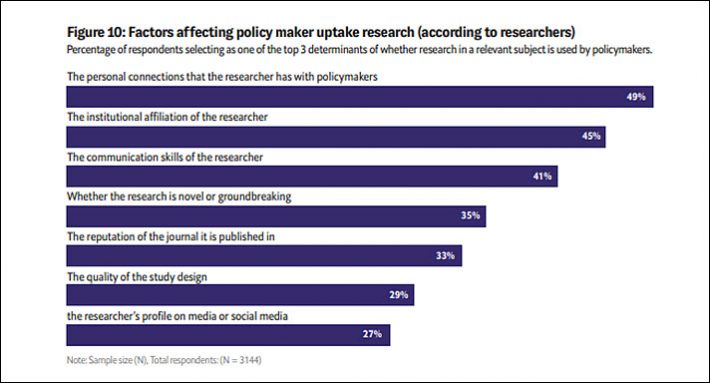 In a prepared statement on today’s release, Elsevier’s Laura Hassink, managing director of scientific, technical, and medical journals, is quoted, saying, “The pandemic [has] showed just how important quality research is for addressing global challenges and accelerating progress for society. 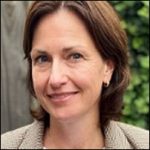 “Science is advancing at an extraordinary pace but that has brought new pressures on researchers such as tackling damaging misinformation, handling public scrutiny, and communicating their work with confidence. …

“At Elsevier, we’re committed to supporting the research community to tackle these challenges and thank our expert partners and the thousands of academic leaders, scientists and researchers who lent their invaluable perspectives to this important collaboration.” 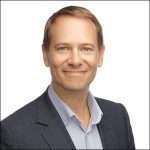 And Jonathan Birdwell, the regional head of policy research for Europe, the Middle East, and Africa at Economist Impact, says, “The pandemic [has] demonstrated the research community’s ability to come together and solve global problems.

“It [has] increased public attention on that community like never before, presenting opportunities for open science and policy influence, but also challenges around higher volume, speed, and demand for simple stories.

“But do researchers have confidence to embrace a more public-facing role? And are their support structures and incentives fit-for-purpose amidst this new landscape?

“Our research finds that many researchers want to solve societal problems, influence policy and boost public understanding of research. But to do so confidently, they need more time to devote to communication, support in the face of online abuse, and recognition of their public-facing contributions.”

The full report can be found here.