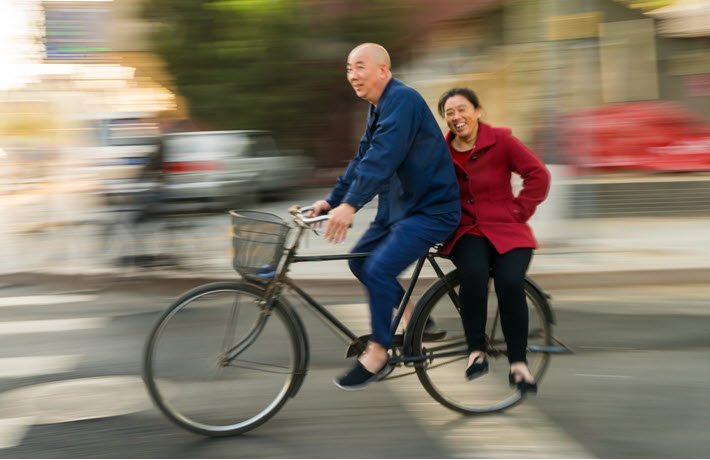 ‘A Sentence Looking for Another Sentence’

In September, China’s bestseller lists saw Someone To Talk To enter the OpenBook fiction lists at No. 14, a publication of Flower City Press. 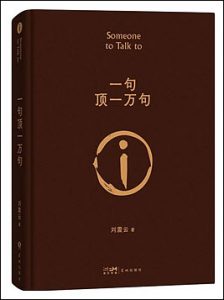 ‘Someone To Talk To’

This sudden arrival in the rankings—no mean feat in the slow-moving charts of China’s book market—seems to be the result of a combination of television recognition for the author and resonance for the rather difficult emotional framework of his writing. Seen on multiple television shows including Oriental Selection Live Broadcast Room and Lao Yu Talk Show, Liu and his work are enjoying a resurgence of popularity and sales power.

Our associates at Beijing OpenBook talk of Liu Zhenyun’s work as being  based in an exploration of loneliness and isolation. Someone To Talk To, in fact, is hardly new. It won the 2011 Mao Dun Literature Prize, and he’s  not only a novelist but also a screenwriter. Liu has written screenplays of some of his own works, and in film, his stories have won international film-festival attention at times, in Rome and Toronto, for example, as well as in Hong Kong.

Married to the human rights activist Guo Jianmei, Liu seems to make a specialty of evocative titles, such as I Am Not Madame Bovary; The Cook, the Crook, and the Real Estate Tycoon; and I Did Not Kill My Husband. 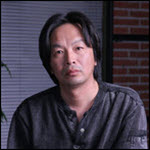 While known as a political critic in his own right, Liu, however, seems to have found his greatest drawing power in what’s described as his “humor and wisdom” in relation to difficult subjects about the state of relationships, especially in depictions of family indifference, deception in friendship, and a great search for conversation by people driven to talk their way out of loneliness.

In going over the nuances of this fiction’s appeal, OpenBook’s Wendy Pan says that one sentence from Someone To Talk To has recaptured the reading public’s imagination in the decade since the book was published: “A person’s loneliness is not loneliness. A person looking for another person, a sentence looking for another sentence, is the real loneliness.” 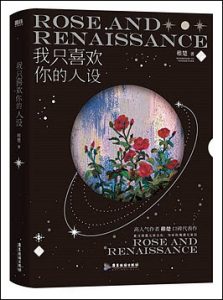 Also in its first appearance on the OpenBook Fiction list in September is Rose and Renaissance by Zhi Chu. Published by Guangdong Tourism Publishing House, this is one of the many books now being produced from “online literature.” When beginning its life in serial form online, Zhi’s story gathered many fans, who then have followed the book to its published form, encouraged by a radio drama of the same title.

We’re told that merchandise is in play in this book’s success, too, with bookmarks, cards, and other items being generated for sale along with the book itself.

In nonfiction, September saw an unusually large number of new titles arriving on the list—nine slots of 30 were held by books not on that chart in August. 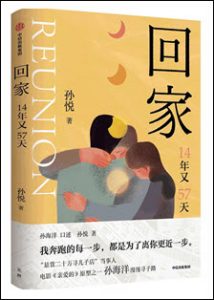 The big winner was Reunion by Sun Yue, from CITIC Publishing House, breaking into the bestsellers’ nonfiction rankings at No. 1.

Sun, the book’s author, is the sister of Sun Zhuo, famous with film fans for Dear. In Reunion, Sun describes a father’s search for his son, the craftsmanship here being praised for the use of delicate phrasings in exploring difficult and painful experiences.

So popular is the narrative style and voice of the book that it entered the charts at No. 1 in the first month of its release.

Overall, it’s worth noting that there’s little clarity as yet as to whether some COVID-19 spread-mitigation efforts in China will help booksellers, who in many cities have struggled against stringent rules under Beijing’s “zero infection” goals. As Reuters’ Liz Lee writes, changes in some cities’ regulations for public movement “come even as several major cities including Beijing logged record infections on Monday (November 14), posing a challenge for authorities scrambling to quell outbreaks quickly while trying to minimize the impact on people’s lives and the economy.”

Below, then, are OpenBook’s overall lists from September of bestsellers in fiction, nonfiction, and children’s books, followed by its lists of bestselling fiction and nonfiction in China by authors from outside the country.