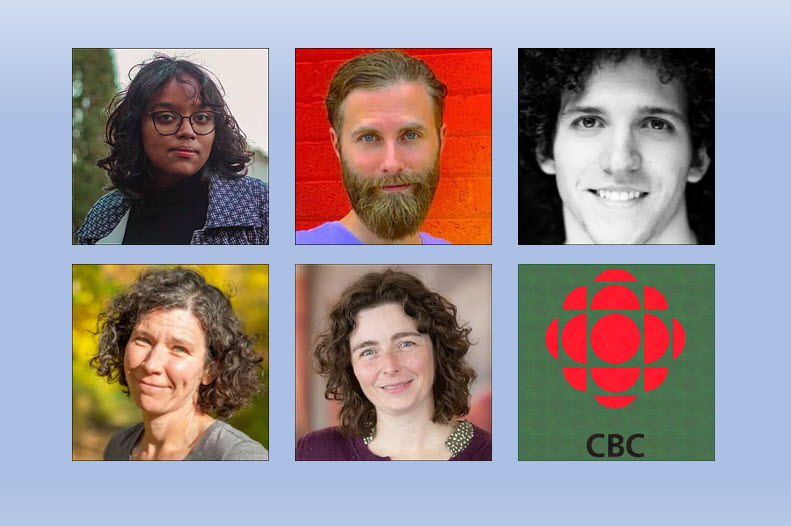 The winner of the CBC Books Poetry Prize wins 6,000 Canadian dollars, with an emphasis on social issues among this year’s shortlist. 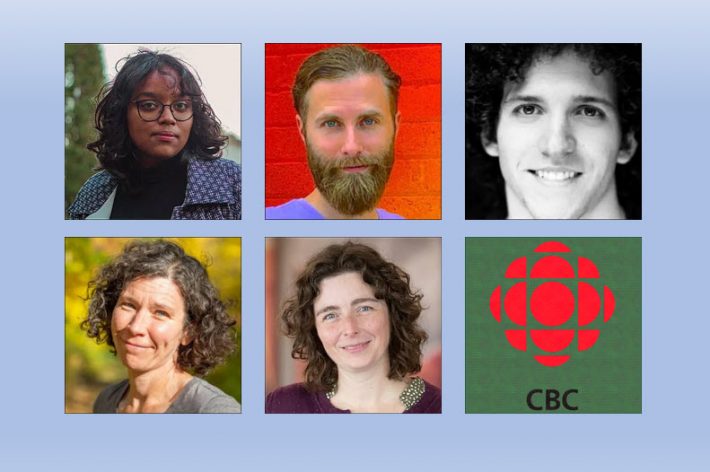 Winner To Be Named November 24

Like its annual show and competition Canada Reads, the CBC’s (Canadian Broadcasting Corporation) Poetry Prize program is another enviable example of the public services performed by CBC Books.

That program’s literary prizes include not only this poetry competition, but also one in nonfiction and one in short stories. In the case of the Poetry Prize, most of the five finalists announced today (November 17) have considerable experience and are professionally published writers, although the rules for entering the competition requires that an entry be “an original, unpublished poem or collection of poems up to 600 words in length (with no minimum words limit). The program, then, highlights previously unpublished content.

Links for each finalist’s work are to CBC’s write-ups on the writers selected. On those writers’ pages, you’ll find all or part of each al

Lachmansingh is a Guyanese Canadian writer from Toronto. She’s been published in Minola Review, Grain, the Malahat Review, The New Quarterly, The Fiddlehead, The Puritan and elsewhere. She is currently pursuing her bachelor of arts degree in creative writing at the University of Victoria. Lachmansingh was also longlisted for the 2022 CBC Short Story Prize for The Window of a Stranger’s House.

Modlin is a creative writing professor and poet. His work has been used for orchestral scores, an art exhibition in New York, and has been featured on The Slowdown with U.S. poet laureate Ada Limón and Poetry Unbound from public radio’s On Being Studios. His book Everyone at This Party Has Two Names won the Cowles Poetry Prize.

Poljak is a Croatian Canadian poet currently in the bachelor of fine arts degree program at the University of British Columbia. He’s a board member of the nonprofit YouthCO and is currently working on his first chapbook of poetry.

Ryan has published two books of poetry: The Sleeping Life and Vs., which was a finalist for the Acorn-Plantos Award for People’s Poetry. Her third poetry collection, Diagnosing Minor Illness in Children, is to be released in the spring. Ryan was previously longlisted for the CBC Poetry Prize in 2020 for Driver’s Seat & Grief Knot.

Simmers is the author of four books, including the wilderness memoir Pivot Point and Hastings-Sunrise, which was a finalist for the Vancouver Book Award. Her most recent collection of poetry is If, When. She was previously longlisted for the CBC Poetry Prize in 2013 for I Blame MASH For My Addiction To MLS and in 2012 for Science Lessons.

Winner To Be Named on November 24

The five finalists have been selected from an original entry pool of 2,200 submissions, and the winner is to be announced on November 24 and will be given a cash prize of 6,000 Canadian dollars (US$4,501) from the Canada Council for the Arts. In addition, the winner gets a two-week writing residency at the Banff Center for Arts and Creativity in Alberta.

This is Publishing Perspectives’ 194th awards-related report in the 208 publication days since our 2022 operations began on January 3.