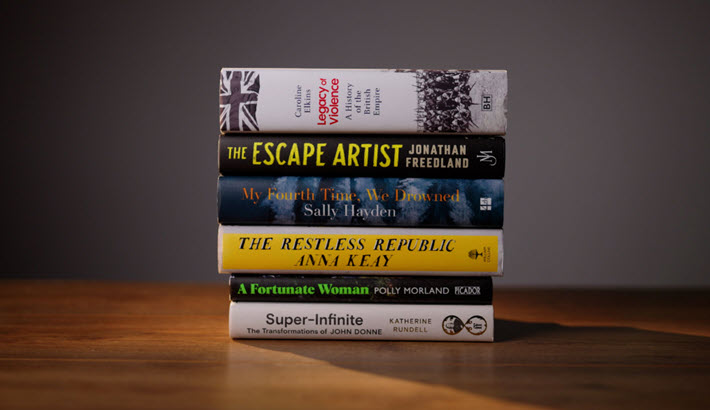 The Baillie Gifford Prize for Nonfiction will award £50,000 to its winner in November, and now has produced a six-title set of finalists. 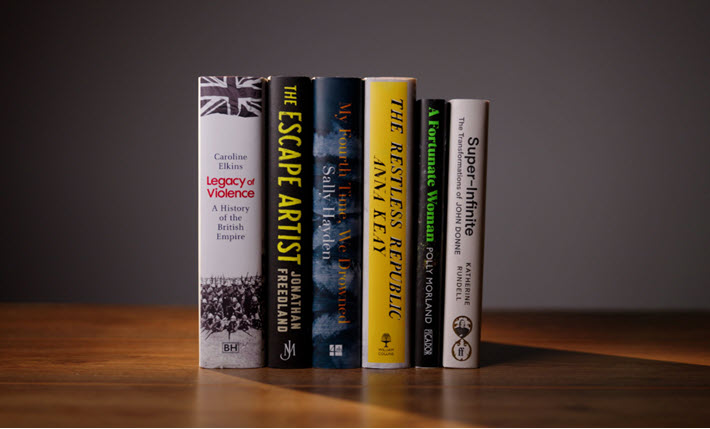 One Shortlisted Title From an Independent Publisher

As the international publishing awards contests ramp up another round of competition between each other for press coverage, we hear today (October 10) from the United Kingdom’s Baillie Gifford Prize, one of the quite lucrative awards for nonfiction alongside the Cundill History Prize; the renamed British Academy Book Prize for Global Cultural Understanding (formerly the Nayef Al-Rodhan Prize); and the German Nonfiction Prize.

The winner is to be named on November 17 in an event at London’s Science Museum with support from the Blavatnik Foundation.

Last year’s Baillie-Gifford winner was the American writer Patrick Radden Keefe for Empire of Pain: The Secret History of the Sackler Dynasty, published by Pan Macmillan’s Picador in the UK and PRH imprint Doubleday in the United States.

The books on this shortlist, announced at Cheltenham Literature Festival, were chosen from an initial pool of 362 titles published between November 1 and October 31 of this year. Our coverage of the longlist is here.

Jurors this time are:

Only one of the shortlisted six books is from an independent publisher, Faber & Faber. The 12-title longlist included only one more independently published title, Scholastique Mukasonga’s The Barefoot Woman in a translation by Jordan Stump, from Daunt Books Publishing.

Especially when book prize programs’ honorees include companies with such strong marketing forces as these—including in this case those of the Daunt and Faber operations—then longlistings, shortlistings, and wins can be expected to be parlayed well into sales.

Unfortunately, we rarely are given an understanding of how award attention actually affects the high street.

Because there are so many more fiction prizes in the publishing world than there are high-level nonfiction programs of this kind, it would be especially gratifying if the Baillie Gifford Prize, with its generous sponsorship, might lead the way in doing something in nonfiction that only the Booker Foundation does in fiction: reporting on the sales response to its announcements.

The Booker faithfully reports to the news media on the impact that its high-visibility titles experience in terms of added press runs and increased sales. The fact that other prize regimes don’t do this makes them less valuable to the industry, skipping this informational service that they could be providing–to the book business on which they, the prize programs, depend for their own existence.

This seems a particularly worthy undertaking for a nonfiction prize like the Baillie Gifford. Nonfiction, like this eponymous sponsor, lives in the world of reality, history, and fact. Hard truths, hard issues, hard numbers—they go together well. Perhaps Baillie Gifford will give this some consideration. The chance is there to make a unique move.

Cash prizes are terrific, the cachet of these honors is welcome, and the commendations of discerning jurors is profoundly satisfying, no question. But book sales are the currency of the realm. 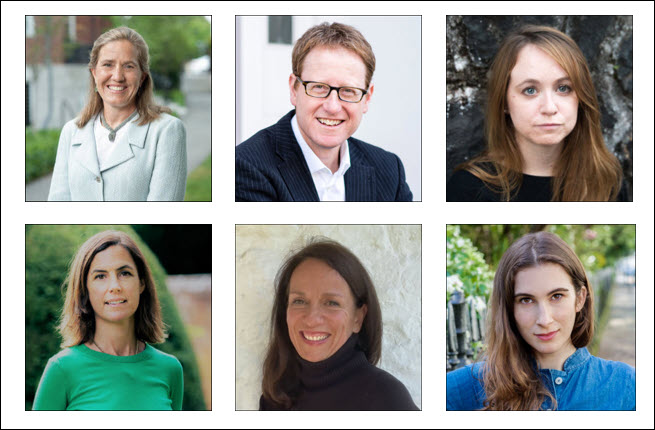 The Baillie Gifford Prize for nonfiction is open to writers of all nationalities and covers nonfiction in the areas of current affairs, history, politics, science, sport, travel, biography, autobiography, and the arts. In case you’re not familiar with the provenance of the name, Baillie Gifford is an independent investment partnership founded in 1908 and headquartered in Edinburgh. In the literary world, Baillie Gifford sponsors a number of literary festivals, including principal sponsorship of Hay Festival and Cheltenham Literature Festival and headline sponsorship Stratford Literary Festival, Henley Literary Festival, and the Edinburgh International Book Festival.

This is Publishing Perspectives’ 178th awards report this year, published in the 186 days since our 2022 operations began on January 3.

If you’ll be at Frankfurter Buchmesse (October 19 to 23),  join us for the inaugural edition of Publishing Perspectives Forum, a two-day program of leading and influential professionals in the international publishing industry discussing today’s challenges, dynamics, and trends. 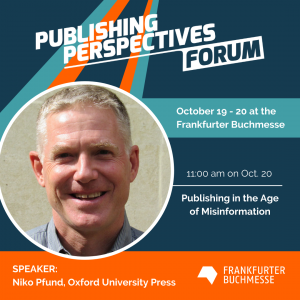 One of our discussions will be “Nonfiction Publishing in the Age of Misinformation, at 11 a.m. CEST, in the Messe Frankfurt Congress Center, Level 2, Room Spektrum. In a world of misinformation, and rushing out research/information before it’s fact-checked, how can publishers maintain the highest editorial and fact-checking standards in long-form writing while keeping up with rapidly changing fields like current affairs, politics, and science?

This panel will explore this subject with publishing executives who are dealing with these very issues:

This and all our programs are available free of charge for all Frankfurter Buchmesse exhibitors and trade visitors. The program language is English. You’ll find full details and developing news here.