As Frankfurter Buchmesse is readied for its opening, the German Book Prize spotlights a daring debut novelist as its 2022 laureate. 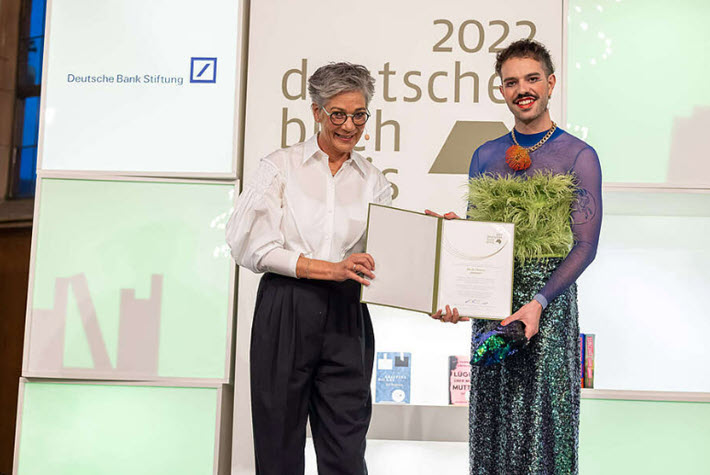 Schmidt-Friderichs: ‘Out of Our Filter Bubbles’

On one of those days when two major internationally watched book awards make the case (yet again) for hands across the water and coordination across their calendars, the German Book Prize has joined the Booker Prize for Fiction today (October 17) in releasing its biggest announcement of the year.

The top prize in Germany for fiction has gone to Kim de L’Horizon’s Blutbuch (Blood Book), published in July by DuMont Buchverlag—which has been rightly quick today to place the book on its home page: Ausgezeichenet mit dem Deutschen Buchpreis 2022!

DuMont is an independent house, like Sort of Books, the press that in England publishers the Booker’s newly named winner, Shehan Karunatilaka.

Blutbuch explores at family secrets, as triggered by a grandmother’s dementia and told by a narrator who is sexually non-binary and experiences a certain release in writing. 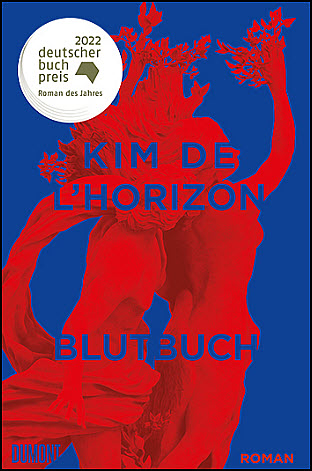 In their statement of rationale, the jurors write, “With enormous creative energy, the non-binary narrative character in Kim de l’Horizon’s novel Blood Book searches for a language of his own. What narratives are there for a body that defies conventional notions of gender?

“The focal point of the narration is a grandmother, the Großmeer in Bernese German, in whose ocean the child Kim threatened to drown and from which it now swims free while writing.

“The novel form is in constant motion. Every attempt at language, from the plastic scene to the essay-like memoir, develops an urgency and literary innovative power that provoked and inspired the jury.” 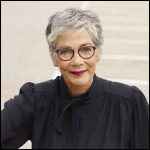 And in a moving statement, Karin Schmidt-Friderichs, the head of the Börsenverein des Deutschen Buchhandels, Germany’s publishers and booksellers association, says, “With the German Book Prize, we want to draw readers’ attention to the complexity of German-language literature.

“This year, it’s also an invitation to expand the limits of one’s own perception, to engage with literature that lies outside your own focus and that inspires all the more. At best, we can get each other out of our filter bubbles and get ourselves and others thinking, rethinking, and thinking ahead.”

Kim de l’Horizon receives prize money of €25,000 (US$24,616). The five remaining finalists receive €2,500 (US$2,461). This awards program is made possible by the Stiftung Buchkultur und Leseförderung des Börsenverein des Deutschen Buchhandels, the foundation of Germany’s publishers and booksellers association.

Since the start of the call for entries this year, the seven jury members have viewed 233 titles published between October 2021 and September of this year. A longlist of 20 titles was compiled from these novels. From these, the jury selected six titles for the shortlist. The award ceremony took place in the Kaisersaal of the Römer in Frankfurt.

Under the hashtag #buchpreisbloggen, 20 literary bloggers present the nominated titles for 2022. The reviews are published at www.deutscher-buchpreis.de/news and shared through the German Book Prize’s social media channels. Video portraits on the site and social media channels of the German Book Prize also help give visibility to the books and authors,

You can follow the program on social media through the hashtag #dbp22.

This is Publishing Perspectives’ 181st awards report published in the 185 days since our 2022 operations began on January 3. 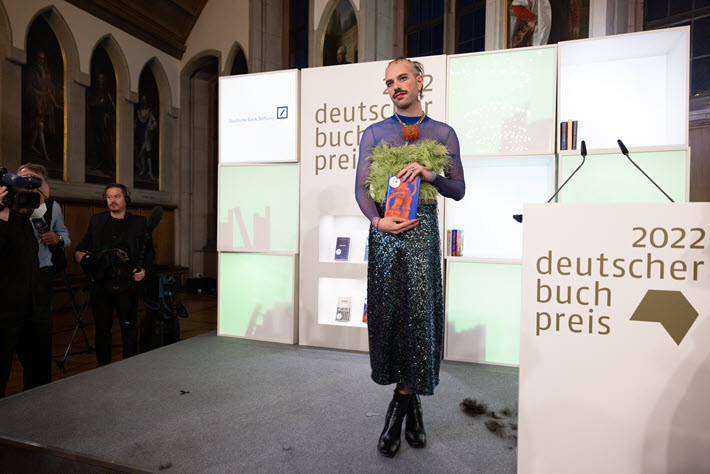