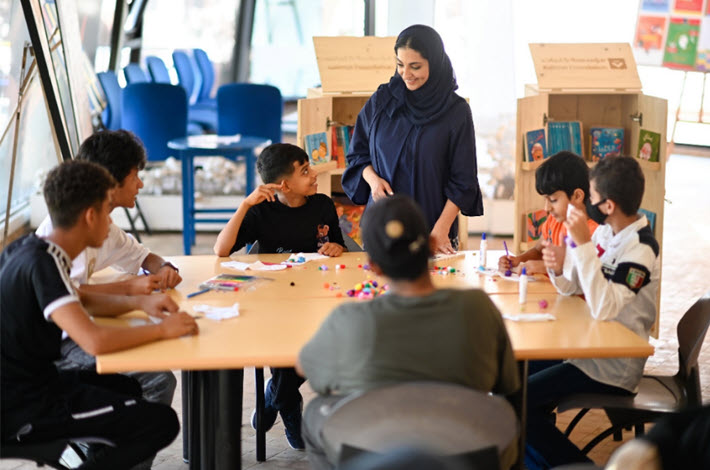 Amna Al Mazmi, director of the Sharjah-based Kalimat Foundation, visits with schoolchildren in Morocco as the foundation’s donations of books for young readers and the visually challenged arrive. Behind her, you see two of the “Pledge a Library” portable collections of Arabic-language books for youngsters provided by the foundation in its philanthropic work. Image: Kalimat Foundation

As Publishing Perspectives readers will remember, the Kalimat Foundation is focused on “empowering disadvantaged and visually impaired children” not only with born-accessible publications but also through the delivery of literature to children in diaspora—frequently the youngest of the populations displaced by violence, bigotry, and regime change.

Today (October 3), we have news of the foundation having concluded a new round of donation, in this case comprising 1,500 books provided to four schools in Morocco, working in collaboration with the United Arab Emirates’ ministry of foreign affairs and international cooperation.

The foundation, you’ll remember, was established in 2016 by the Sheikha Bodour Al Qasimi, the founding publisher of the Kalimat Group (2007) and now president of the International Publishers Association (IPA). A key program of the Kalimat Foundation has been its Ara Initiative—ara meaning ‘I see’—which is expressly devoted to helping sight-impaired youngsters to read. 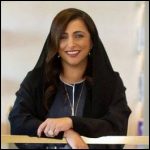 In many cases, the foundation has focused its efforts in the Middle East or on the reading needs of children whose displacement has taken them out of the Arab world, as when the foundation made a major donation of Arabic-language literature to libraries in Sweden, the adopted home to so many Arab-speaking children and their families.

In the case of the new Moroccan donation, the Kalimat Foundation worked in both its key channels:

Two of the schools, the 100-year-old Ahmad Al Sharqawi and the Imam Malik, have received the Pledge a Library portable collections of Arabic titles both for kids and for young adults.

And the Association Marocaine pour l’insertion (the Moroccan Association for Integration) has received a donation of some 1,000 books in accessible formats.

In addition, the nonprofit Fondation Orient-Occident has been given two portable libraries stocked both with physical books and 100 titles in accessible formats, to support its work in helping migrants, refugees, and disadvantaged young people get professional training for employment. 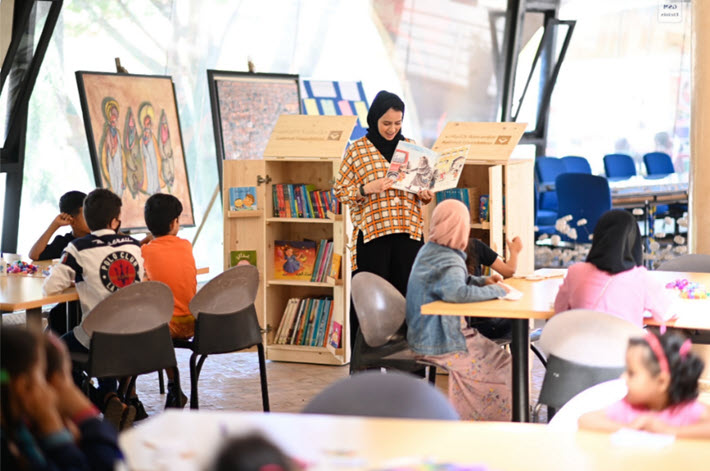 The beneficiary schools and organizations were chosen by the Kalimat Foundation because together they support more than 2,200 children who are refugees, blind, and/or visually impaired.

Amna Al Mazmi, the director of the Kalimat Foundation, is quoted today, saying, “Since we came into being, Kalimat Foundation’s sole mission has been to deliver books as well as educational and reading materials to as many Arab refugee children as possible in our region and around the world.

“This donation drive is part of our new strategy to cover larger parts of the African continent, and we’re absolutely delighted to have brought so many more children in need of quality books within the Foundation’s beneficiary circles. We hope that the stories we left with them will inspire them to dream, to dare and reach their full potential as contributing members of their community.”

“The increasing number of Arab refugee children around the world and the large demand for books written in the Arabic language has made our role in enhancing the literacy of young vulnerable populations more pertinent than ever before.

“In Sharjah, we believe in the power of well-crafted stories to unlock true human potential, and our leadership has placed reading and literacy at the core of sustainable development. In line with this belief, we have designed the Pledge a Library and Ara initiatives to advance literacy and uphold children’s right to access books in all formats.”

A part of the foundation’s commitment to more work on the African continent is reflected in its memo of understanding to work with Book Aid International through the Pledge a Library initiative. 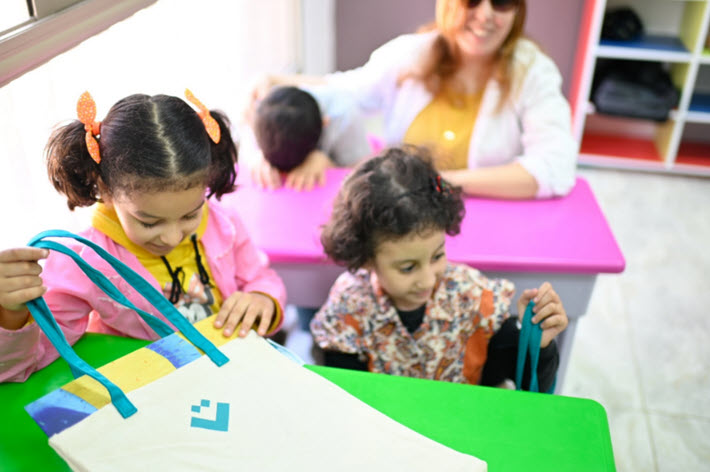 More from Publishing Perspectives on the Kalimat Foundation and its Ara initiative is here, more on accessible publishing is here, and more on the United Arab Emirates’ book publishing market is here.