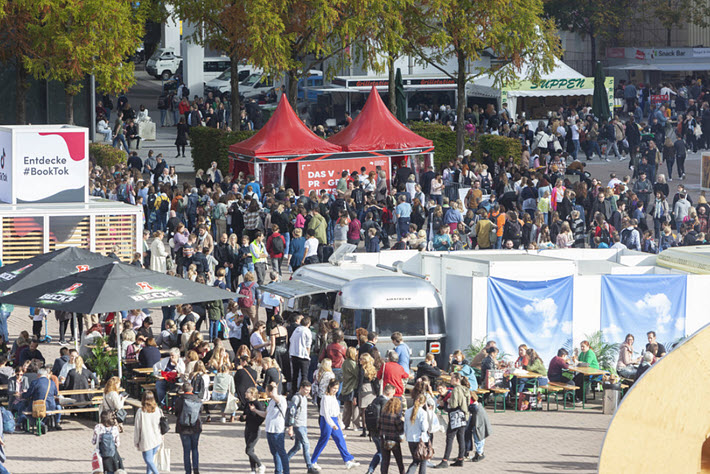 As the weekend public days at Frankfurter Buchmesse 2022 have played out, the trade show’s administration has been able to release new numbers, updating our previous interim report—the good news overall being larger-than-anticipated levels of attendance.

Throughout the week, it was clear that Frankfurter Buchmesse was, as organizers say, “more political than ever,” and that both trade and public visitors were responding strongly to the trade show’s unique capacity for lively discussions about the protest movement in Iran; the situation of people in Ukraine; increasing divisions in society; and the Russian opposition. 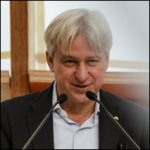 Frankfurt president and CEO Juergen Boos says, “In the midst of an oppressive global political situation, this fair sent important signals: face-to-face meetings serve as an antidote to polarization in times of heated debate.

“This shows how important Frankfurter Buchmesse is as a meeting place for the international publishing community: valuable relationships are maintained and new ones are made here in just a few days.

“We look back at five vibrant and successful fair days and are pleased about the positive turnout of Frankfurter Buchmesse 2022.” 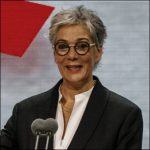 Karin Schmidt-Friderichs, the head of the Börsenverein des Deutschen Buchhandels, Germany’s publishers and booksellers association, says, “Frankfurter Buchmesse was a major celebration of people’s enthusiasm for books and of democracy.

“In crowded aisles and during lively debates, one could clearly feel the power of books, the joy of reunions, and the desire to engage constructively with the issues of the day.

“Pressing topical issues were on the agenda—from the situation in Ukraine and Iran to topics such as diversity and social harmony. Frankfurter Buchmesse thus provided important impetus in terms of the current challenges facing the industry, society and the global political order. That allowed it to highlight its significance as the most important marketplace for books and a venue for promoting diversity and peaceful exchange.”

Guest of Honor Spain: ‘Ties Newly Made and Deepened’ 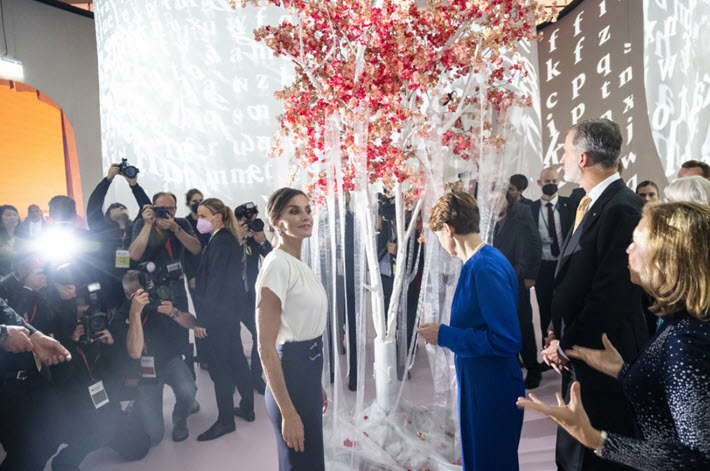 As for Guest of Honor Spain, which focused intently on its linguistic diversity, the show is reporting that since 2019, when the project began, as many as 400 new books have been published in German, along with numerous titles in other European languages. This was, in fact, Spain’s second turn as the trade show’s guest of honor market.

María José Gálvez, general director of books and reading promotion at the Spanish ministry for culture and sports, says in a prepared statement, “We have honored Spain’s great literary tradition and offered a stage to new, promising voices.

“We hope that the ties newly made and deepened in and around Frankfurt to readers, publishers, and book lovers from around the world will last for a long time to come.”

More Elements of the 2022 Buchmesse 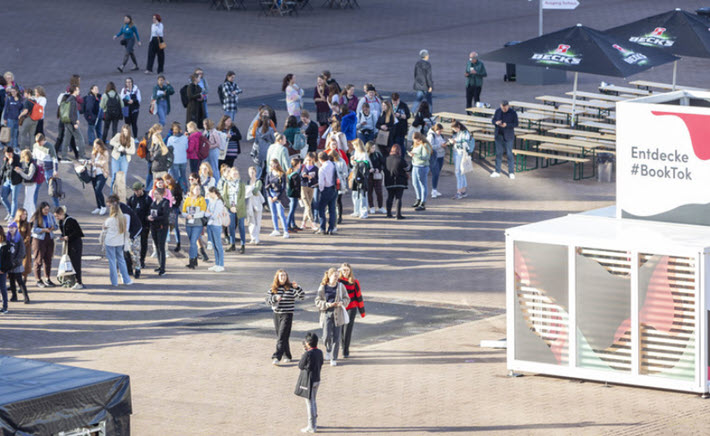 Another first at Buchmesse 2022, a #BookTok studio on the Agora from which visitors could stream their own short videos to the TikTok world. Image: FBM, Anett Weinrauch

The #BookTok community was present at Frankfurter Buchmesse for the first time.

“It’s all about the content. It has to tell a story,” said Tobias Henning, general manager of TikTok Germany and Central Europe.

“Since the number of #BookTok video views recently surpassed 84 billion worldwide, the discussion could not have been timelier.”

The trade visitor days were accompanied by a digital trade program: Masterclasses and the networking event The Hof offered industry players an opportunity to maintain and expand their networks virtually.

An “awareness team” made up of members of BDB–Bund für Antidiskriminierungs- und Bildungsarbeit e.V. / Alliance for Antidiscrimination and Education—was on duty during the entire fair. Visitors who felt they had been discriminated against could approach the team’s members on site or contact them by telephone or email.

In a statement issued by the “awareness team,” we read, “We’re glad that the issue of anti-discrimination has found its place at Frankfurter Buchmesse in the form of the awareness team.

We’re pleased that the book fair is taking the issue seriously and giving it space at the event. The team’s stand was very well received, not only by those who sought advice for concrete situations, but also by members of the various news media and interested individuals who wanted to find out more about our work and about discrimination in general. We at BDB e.V. hope that the process will continue, along with the constructive cooperation with Frankfurter Buchmesse.” 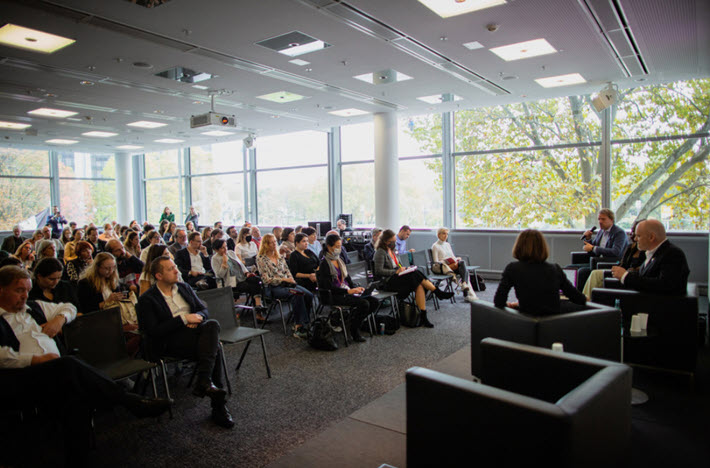 You’ll recall that our Publishing Perspectives Forum made its debut this week with two days of programming that presented a total 38 speakers across 12 hourlong events in either panel format or one-on-one interviews in our Executive Talks series.

Our Forum programming, which was devised with an intentional business and internationalist emphasis, was headlined by: 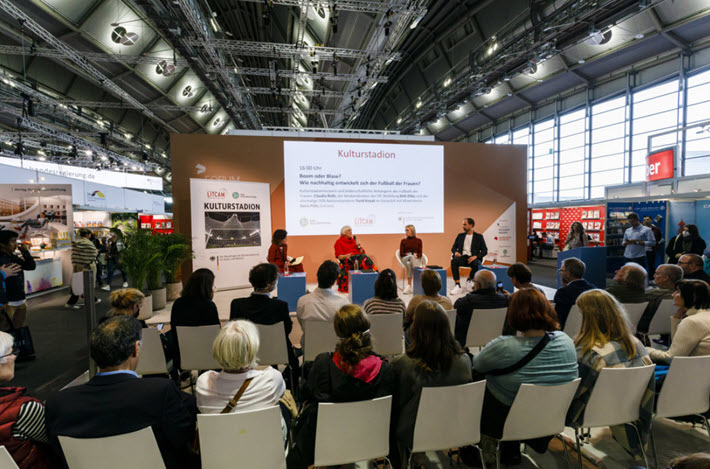 A much-watched event in terms of its application to Buchmesse’s host market: ‘Kulturstation: Women’s Football, Boom or Bubble?’ featured Claudia Roth, second from left in red, the minister of state and the federal government commissioner of Germany for culture and media. Image: FBM, Marc Jacquemin