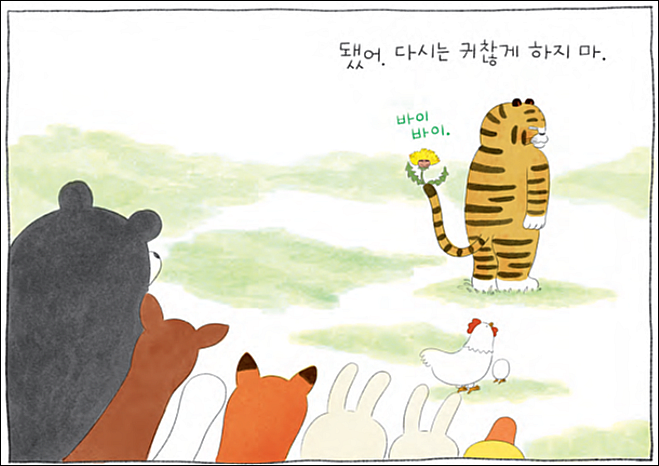 Image: From ‘The Legend of Friends’ by Lee Gee-Eun, provided by SB Rights ftw

Very familiar to Publishing Perspectives’ readers, especially in young people’s literature and our Rights Roundups, the Tel Aviv-based international rights agent Stephanie Barrouillet of SB Rights Agency is back with us today (October 14) with a look at the international demand for comics and graphic novels. 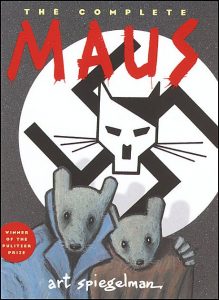 As our readership knows, on November 16, the Pulitzer-honored Art Spiegelman will receive the National Book Foundation‘s Medal for Distinguished Contribution to American Letters, having seen new controversy swirl around his Maus: A Survivor’s Tale (Penguin Random House/Pantheon Graphic Library, 1986), a two-part account of his father’s harrowing experiences during the Holocaust. Caught up in the United States’ recent waves of far-right censorship efforts, Spiegelman’s work, as he has said in interviews, has only been boosted in sales by the new controversy.

“Increased visibility and accessibly,” Barrouillet says, are behind the rising industry interest in comics and graphic novels, and such high-profile creators as Spiegelman and his work only serve to intensify the interest.

“No longer marginalized,” Barrouillet says, “comics and graphic novels play a vital in the industry throughout Europe and North America. Asia remains dominated by manga, but even there, signs of change are emerging.”

International interest in comics and graphic novels, especially for children and young adults, is prompting publishers to keep feeding the market. 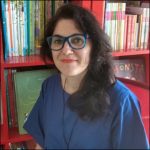 “During a recent trip to the United States,” she says, “I visited independent bookstores and book chains, and both featured large sections dedicated to comics and graphic novels.  Over the last decade, generalist and specialist publishers have launched new imprints or lines for kids and young adults.

“Some examples are Egmont Bäng comics in Germany, Diabolo Edizioni in Italy, and HarperAlley in the States. Even in France, she says, the home of  the home of bandes dessinées, there’s room for growth. Editions Nathan launched Nathan BD for children and young adults in May 2022, and Auzou recently reported that it has sold 80 000 copies across 15 titles since the launch of its BD imprint in 2021. 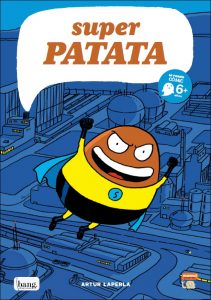 The ongoing release of comics-based movies, and the recent abundance of series on streaming platforms has contributed to the genre’s popularity, of course, but a huge expansion of online comics plays into the picture.

She points to Naver’s Webtoon, in Seoul–which in May 2021 completed its US$600 million merger with the Toronto-based Wattpad–and sees the Webtoon comics platform making comics “easily accessible to readers and to artists who can upload their own works.” Only part of the Webtoon program is user-generated, however, with “Webtoon Originals” being handled by professional artists.

Barrouillet cites a change in the perception of comics’ and graphic novels’ value, a shift that includes “silent comics” for pre-readers, a way to help the very young develop their visual literacy. Focal topics, however, may not be as limited to the superhero’s cape as some might expect. 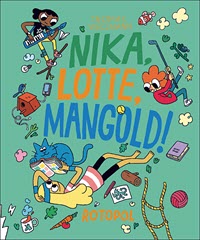 “Some of our bestselling series,” Barrouillet says, “include Super Patata by Artur Laperla (Bang Ediciones) and Nika, Lotte, and Mangold by Thomas Wellmann (Rotopol Press).

But we’re also seeing more intimate and personal stories in the form, such as Go With the Flow by Lily Williams and Karen Schneemann (MacKids), a middle-grade graphic novel about menstruation.

And there’s the forthcoming Side Effects by Ted Anderson and Tara O’Connor (Aftershock), dealing with mental health.

A new industry recognition of the literary and artistic values in such work arrived in 2020 when Bologna Children’s Book Fair added its BolognaRagazzi Comics Award.

In Europe and North America, the visual formats can generate major revenues. In this year’s Scuola per Librai Umberto e Elisabetta Mauri, the “Mauri School” of booksellers, focused attention on the rising presence of an interest in manga, mentioned by both James Daunt, managing director of Waterstones and Daunt Books (United Kingdom) and CEO of Barnes & Noble (United States), and by Stefano Mauri, CEO of Gruppo editoriale Mauri Spagnol.

Manga’s natural “home domination” of Asian markets actually can make it “more difficult for comics and graphic novels to carve out a place for themselves,” Barrouillet points out. Nevertheless, in 2021, Korean author-illustrator Lee Gee-eun won the Bologna Ragazzi Award in the Comics/Early Reader category for her title Iparapa Yamooyamoo (Sakyejul Publishing). 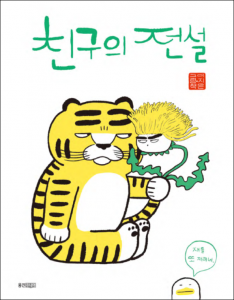 “Korean parents and professionals associate awards and international recognition with high standards,” she says, “hence the emergence of a new trend of Korean children’s books combining picture books and comics.”

She points to success with Snail by Min-woo Kim (Woongjin Thinkbig) and The Legend of Friends by Lee Gee-eun (Woongjin Thinkbig) as examples, and says she sees some movement in China, too, where SB Rights has sold Ya Vamos (Let’s Go), by Marta Cunill (Bang Ediciones), a 32-page comics picture book about bird migration.

The hybrid format, Barrouillet says, “facilitates the entrance of comics and graphic novels, while outside Asia, hybrid formats get varied reactions: Is it a comic book or a picture book? The fluidity of genres is a healthy creative process,” she says, “that enables experimentation and a broader base of readers.

“These are exciting times for comics and graphic novels,” Barrouillet says. “They now enter bestselling charts, receive awards, and are reaching more markets.” 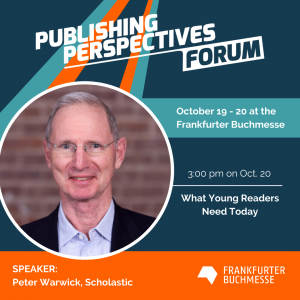 In our Publishing Perspectives Forum, at 3 p.m. on October 20, see “What Young Readers Need Today: Children’s Publishing CEOs in Conversation.”

What role can children’s book publishers play in supporting kids and families as they return to in-person school, socializing, and work after the pandemic? And as young readers experience this transition, the book business is also going through changes and challenges. How are publishers responding to today’s social and political climate, supply chain difficulties, and other changes while still making sure kids continue to learn and fall in love with books?

More from Publishing Perspectives on comics and graphic novels is here.