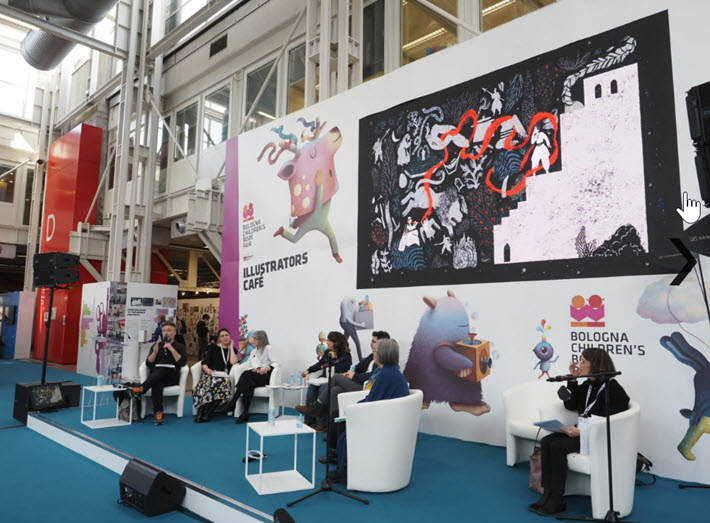 Also today: At Frankfurt: Looking at Comics’ and Graphic Novels’ Gains in the Marketplace

Ahead of its 60th outing, set for March 6 to 9, Elena Pasoli‘s Bologna Children’s Book Fair is planning to have an exhibition of children’s book illustrations travel to four other  international book fairs, artfully keeping itself in the minds and interests of trade visitors and exhibitors at other fairs.

So it is that the Italian exhibition will run:

The program you’ll see in Frankfurt is supported by ITA, the Italian Trade Agency, and the ministry of foreign affairs and international cooperation. In media messaging, organizers of “the Grand Tour,” as this four-stop look at exhibition materials from Bologna is called, say the project “aims to strengthen the Bologna fair’s international reach, promoting new international publishing opportunities.”

As our readers know, Bologna has announced that it will open its literary rights agents’ center to adult as well as children’s content next year. There’s a parallel there, of course, to the broadening of the show’s remit by bringing in the Bologna Book Plus program directed by Jacks Thomas.

Exhibiting publishers’ rights reps will have access to the renamed Bologna Rights Center.

At Frankfurt, Two Exhibitions From Bologna 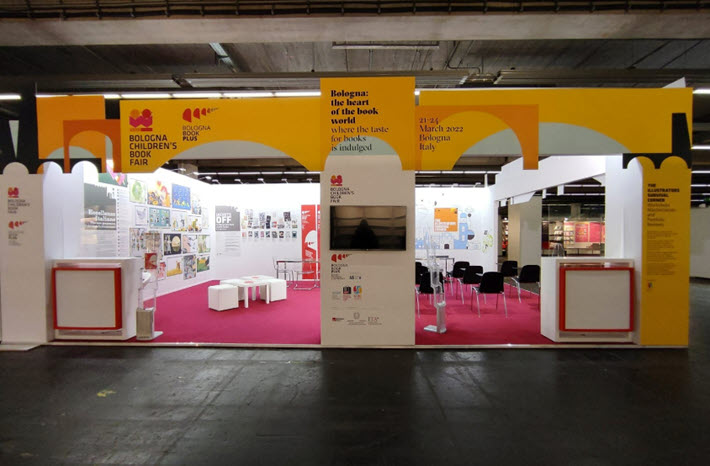 The touring exhibition from Bologna Children’s Book Fair on its stop at Frankfurter Buchmesse 2021. Image: BCBF

One is called Out of Silence. Yesterday, Today, Tomorrow, Narrating Through Wordless Books and it’s described as “bringing together a series of extraordinary Italian wordless-story books,” the promotional material calling these all-illustration books “one of the most dynamic genres in children’s publishing.”

That show  comprises 39 wordless works by international artists and some of Italy’s “youngest generation of authors and illustrators,” all working (quietly) to  show how “silent books” reach “beyond language barriers to children of all ages, allowing them to tell their own stories of what they see, developing creativity and an ability to ‘read’ the world.”

And a second show, A Glimpse of Italian Illustration: A Selection From the Bologna Illustrators Exhibition, features the work of Italian artists selected for that exhibition on the ground in Bologna.

At Frankfurt, the Bologna personnel will offer guided tours of the work on display, led by Grazia Gotti of Bologna’s Accademia Drosselmeier, and illustrator and critic Anna Castagnoli, a former Illustrators Exhibition juror.

Licensing on Display, Too 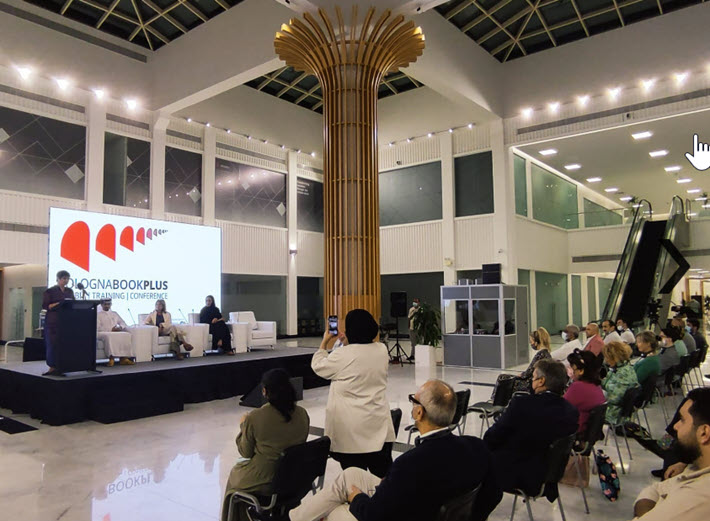 An illustration that the Bologna team says has become an educational game will be on display in Frankfurt, as will be a book that has led to an animated film.

Giulia Orecchia, Rosalba Vitellaro, and Alessandra Viola will facilitate a series of informal meetings, “A Coffee With,” to discuss how the publishing industry can work more closely with the licensing sector to create top-of-the-range products.

Viola will be on hand on October 19 at 3 p.m., while Orecchia on October 20 at the same time will produce a discussion.

A meeting called “Bologna Book Plus: Calling All General Trade Publishers,” is set for October 19 on the 19th of October at 2 p.m.”

There’s also to be an announcement of a first “market of honor” named for Bologna Book Plus. 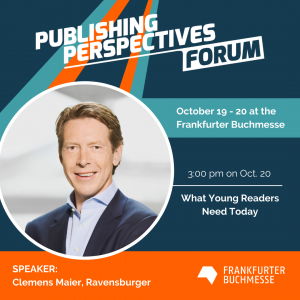 What role can children’s book publishers play in supporting kids and families as they return to in-person school, socializing, and work after the pandemic? And as young readers experience this transition, the book business is also going through changes and challenges. How are publishers responding to today’s social and political climate, supply chain difficulties, and other changes while still making sure kids continue to learn and fall in love with books? Speakers:

More from Publishing Perspectives on the Italian market is here. Publishing Perspectives‘ Rights Roundups are here–this time with an entry from Giunti in Firenze, and more from us on international rights trading–the heart of Frankfurt Book Fair as the world’s largest international trade show in the book industry–is here. More on licensing is here.