Shortlisted authors will learn only when the winner is announced on October 17 who has been selected the German Book Prize laureate. 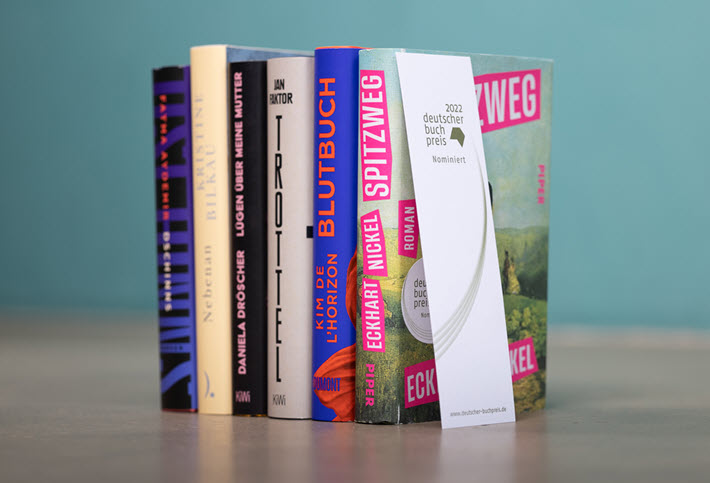 Today (September 20), it has released its shortlist of six titles.

The winner receives prize money of €25,000 (US$24,917). The five finalists each receive €2,500 (US$2,491). This awards program is made possible by the Stiftung Buchkultur und Leseförderung des Börsenverein des Deutschen Buchhandels, the foundation of Germany’s publishers and booksellers association.

To get to this point today, the jury started with 233 books from at least 124 publishers. The panel selected its 20-title longlist (one of the world’s longer longlists, actually), and then reduced that to today’s six-book shortlist.

These six shortlisted authors will find out which of them has won the German Book Prize only on the evening of the award ceremony itself, October 17, in the Kaisersaal of the Römer in Frankfurt. That ceremony by tradition of course is held in conjunction with Frankfurter Buchmesse (October 19 to 23).

In a comment on today’s release of the shortlist, jury chair Miriam Zeh of Deutschlandfunk Kultur, says: “A novel makes its own laws but is inevitably in contact with the present in which it is written and read. 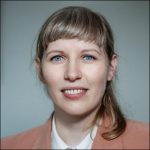 “All six titles on the 2022 shortlist won us over with their aesthetic uniqueness,” Zeh says. “With linguistic brilliance and formal innovation, they describe social realities and fantasies, survey the center and margins, and circle around sorrow and comedy.

“The nominated authors thus represent the thematic and stylistic diversity of contemporary German-language literature. What they share is an artistic unconditionality: they take a stand with their books, show themselves to be at once combative and open to dialogue.

“By reading these shortlisted books, we invite readers to also enter into an exchange of ideas and to readjust their own views of the world.”

The winner today, of course, is Kiepenheuer & Witsch, which publishes two of the six shortlisted titles.

Starting on October 4, New Books in German will feature English translations of excerpts from the shortlisted titles, along with an English-language dossier about the shortlist. On the evening of the award’s presentation, radio stations Deutschlandfunk and Deutschlandfunk Kultur will broadcast the ceremony live using the “Dokumente und Debatten” channel on digital radio and as a live stream on Dokumente und Debatten | deutschlandradio.de.

You can follow the program on social media through the hashtag #dbp22.

This is Publishing Perspectives’ 167th awards report published in the 174 days since our 2022 operations began on January 3.