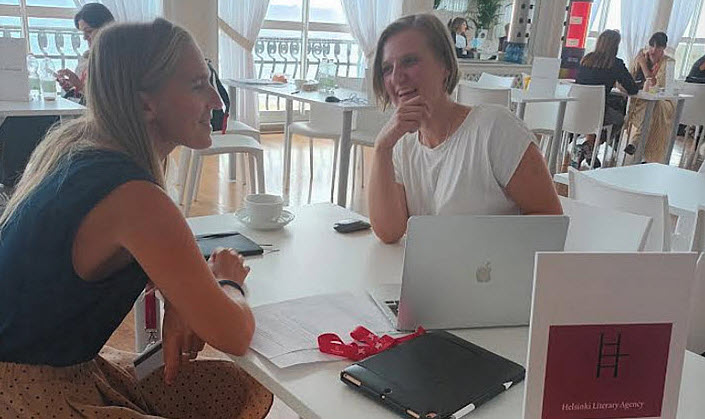 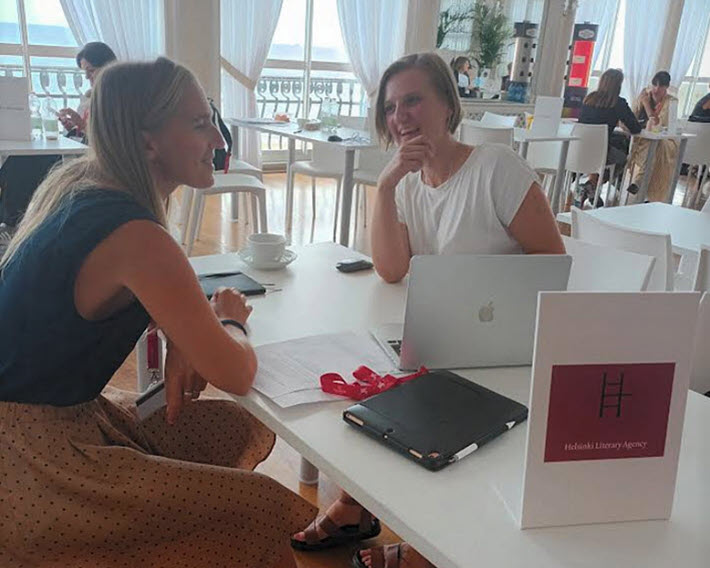 France as ‘a Leading Market’ for Translation Rights

That applause you hear for the French rights-trading market may be coming from Finland, where the Helsinki Literary Agency‘s Urtė Liepuoniūtė is telling everyone who will listen that all is forgiven: The French have turned a corner and are doing a swell job of buying translation rights.

When we read some notes from her saying that she’s seen a shift in rights-buying patterns between France and Germany, in particular, we got in touch with her at the Venice International Film Festival, Biennale Cinema 2002—which closes Saturday (September 10)—we asked her about it.

“In the last couple of years,” Liepuoniūtė wrote in a blog post on the agency’s site, “the French world has become a leading market for Helsinki Literary Agency’s books, acquiring the majority of adult titles on our current list, some of them in auction or pre-empt.”

We asked her how recent the change is.

“I’m guessing it has something to do with the philosophical quality of our books that have been sold to the French world. The French have a long tradition of that in their literature.”Urtė Liepuoniūtė , Helsinki Literary Agency

“I see a very sharp change in 2021,” she says, even allowing for the fact that in 2020, of course, the still-ongoing coronavirus COVID-19 pandemic meant that “we didn’t sell much at all.”

However, the trend was not encouraging earlier either, Liepuoniūtė says, with only two books from the agency finding buys “in the French world in 2019.”

The turnaround “was very sharp in 2021,” she tells us, when “we sold 12 titles” to French publishers. And so far in 2022, she says, the agency has sold five titles into French, “and we’re expecting to sell more at Frankfurter Buchmesse” where Helsinki Literary Agency will be at Tables 022 and 023 in the Literary Agents and Scouts Center (LitAg). “Surely, the pandemic must have had some effect on this situation,” she says, but concedes that it’s hard to spot the connection. 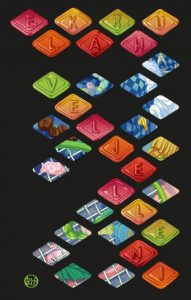 “Interestingly enough,” she says, “most of the acquisitions are made by quite well-known, big houses” including Robert Laffont, Gallimard, Éditions Bourgois, Éditions du Seuil. “Not so much corporate houses,” she says, “but strong ones and wealthy ones.”

The irony there, she says, is that in the past some of the better-heeled publishing firms have been “the least willing to take such risks as publishing Finnish literature.”

Liepuoniūtė says that other agents with whom she’s in touch are seeing this trend of rising French interest in translated literature. And in the case of Finnish work, she says, “I’m guessing it has something to do with the philosophical quality of our books that have been sold to the French world. The French have a long tradition of that in their literature. I’d say that the French don’t chase after plot as much as other countries do. 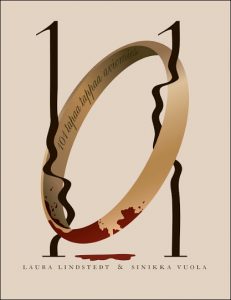 “In general, under the impact of the pandemic, plot-driven has become another magic phrase,” she says, “together with literary, but accessible.

“But the French, however, can value a book just for its original structure, such as in REC by Marisha Rasi-Koskinen or 101 Ways to Kill Your Husband by Laura Lindstedt and Sinikka Vuola from our list. Or philosophical, multilayered themes as in Halla Helle by Nillas Holmberg or Matara by Matias Riikonen.”

A favored French-language house for Liepuoniūtė is one she calls, “beautiful,” the Québec-based La Peuplade, which has published in French a Helsinki Literary Agency book that Publishing Perspectives readers know, Juhani Karila‘s Fishing for the Little Pike and, more recently To My Brother by EL Karhu.

If anything, Liepuoniūtė says, as French interest seems to be rising, German publishers’ interest may be waning. 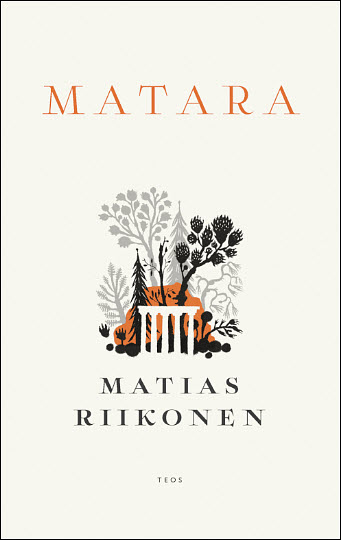 After Finland was the guest of honor nation at Frankfurter Buchmesse in 2015, she says, “For a few years in a row, Germans were the No. 2 buyer of Finnish literature, after Estonia. Now, there may be some market saturation I guess,” she says, “and that’s natural. But it’s not only that.”

Some uncertainty about what Germany’s readers are looking for, she says, seems to have been a lingering effect during the pandemic. “I’ve discussed this with some agents and publishers from other countries,” she says, “and they’re sharing my experience. Even a Dutch publisher—normally a good partner with German counterparts for exports—has noticed this shift in Germany.”

Nevertheless, Liepuoniūtė says that she and her cohorts are looking forward to a “road trip” to Germany in the spring to meet some new contacts and to get to know some of the independent houses better, in particular. And as pleased as she is with the newfound French responsiveness, Liepuoniūtė has posted a write-up on the agency’s site about this phenomenon, and you can read it to get more details here.

More from Publishing Perspectives on the Finnish market is here, more on literary agents is here, more on international rights and trading is here, and our comprehensive, growing coverage of Frankfurter Buchmesse is here.