In its ‘Banned in the USA’ report, PEN America makes the case that much of the United States’ book banning dynamic is coordinated. 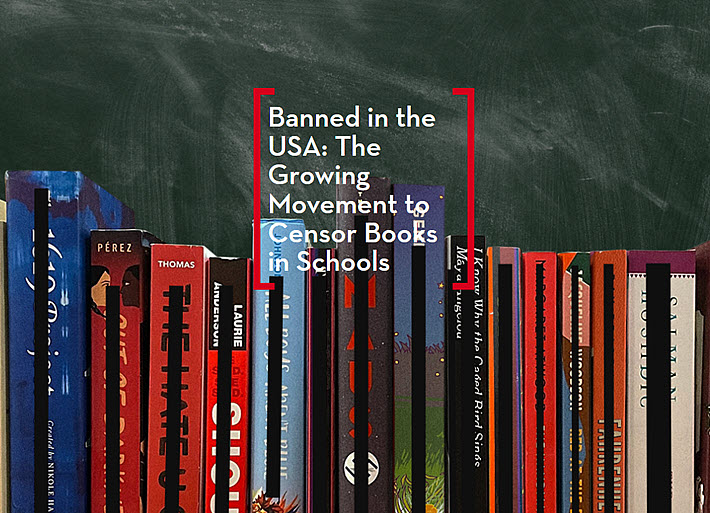 The report, Banned in the USA: The Growing Movement to Censor Books in Schools, looks at what it characterizes as “the emergence and influence of a growing constellation of groups involved in coordinated efforts to ban books,” the nonprofit free-expression advocacy group painting an alarming image of politically driven, cooperative efforts, including some meant to “intimidate, harass, or fire librarians; and even attempts to suspend or defund entire libraries.”

In that concept lies PEN’s main message and loudest alarm: These are not isolated incidents. In fact, the report estimates that at least 40 percent of bans listed in its index are connected to political pressure or legislation designed to restrict teaching and learning.

“PEN America has identified at least 50 groups advocating for bans at the national, state, or local level,” the organization says today. “Many of the groups have local or regional chapters that collectively number at least 300.”

More than 70 percent of these groups, including their chapters, the report says, have formed since 2021. One of them, called Moms for Liberty, the report says, “has spread most broadly, with more than 200 local chapters identified on their Web site. Other national groups with branches include US Parents Involved in Education (50 chapters); No Left Turn in Education (25); MassResistance (16); Parents’ Rights in Education (12); Mary in the Library (9); County Citizens Defending Freedom USA (5); and Power2Parent (5).” 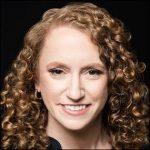 Suzanne Nossel, PEN America’s CEO, says, “While we think of book bans as the work of individual concerned citizens, our report demonstrates that today’s wave of bans represents a coordinated campaign to banish books being waged by sophisticated, ideological and well-resourced advocacy organizations. This censorious movement is turning our public schools into political battlegrounds; driving wedges within communities; forcing teachers and librarians from their jobs; and casting a chill over the spirit of open inquiry and intellectual freedom that underpin a flourishing democracy.

“Parents and community members play an important role in shaping what students learn in school,” Nossel says, “but this goes far beyond organic expressions of concern or the normal give-and-take between parents and educators in a healthy school environment. These groups have made it their mission to undermine educators, sabotage students’ freedom to read, and stoke divisive battles that distract from teaching and learning.” 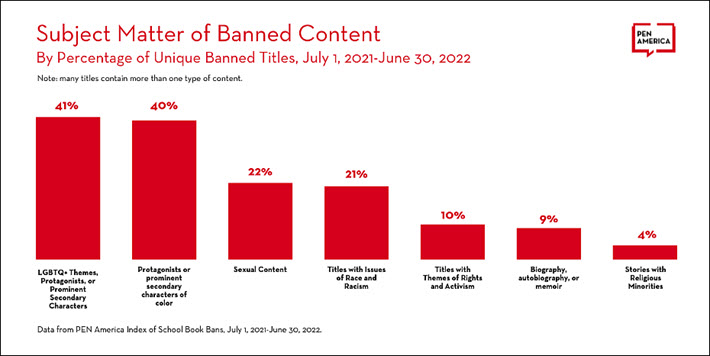 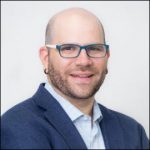 The report is led by Jonathan Friedman, the director of PEN’s free-expression and education programming, and Nadine Farid Johnson, who directs PEN in Washington, DC.

Friedman and Johnson write that groups which share lists of books to challenge “employ tactics such as swarming school board meetings, demanding newfangled rating systems for libraries, using inflammatory language about ‘grooming’ and ‘pornography,’ and even filing criminal complaints against school officials, teachers, and librarians.

“The majority of these groups appear to have formed in 2021, and many of the book bans counted by PEN America can be linked in some way to their activities. Some of the groups espouse Christian nationalist political views, while many have mission statements oriented toward reforming public schools, in some cases to offer more religious education. In at least a few documented cases (for example, in Texas, Florida, and Pennsylvania), the individuals lodging complaints about books did not have children attending public schools when at the time they raised objections.” 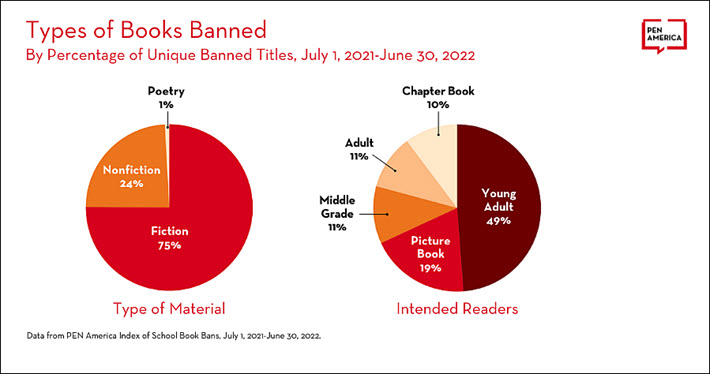 In an interview with CNN’s The Lead With Jake Tapper today, Friedman said, “The trends are very clear. LGTBQ books, books that touch on race and racism, or books that have any kind of sexual content, whether it’s a Young Adult work of fiction that has a couple kissing or a book teaching a young person about puberty, it’s on the chopping block. And the same books are being targeted everywhere.”

While parents have a right to oversee their children’s reading, he said, “Someone demands a book be removed. They don’t want it for their own child, but immediately that book is taken away for everybody else. You can’t run schools that way.” 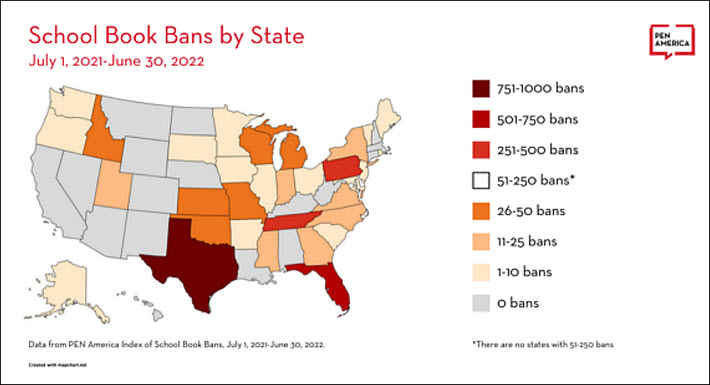 When Friedman says that the same books are being targeted in censorship efforts across the States, that’s borne out in his and Johnson’s statistics: 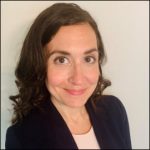 And in focusing on the group-driven banning actions they’ve observed, Johnson and Friedman write, “These varied groups do not all share identical aims, but they have found common cause in advancing an effort to control and limit what kinds of books are available in schools.

“Broadly, this movement is intertwined with political movements that grew throughout the COVID-19 pandemic, including fights against mask mandates and virtual school, as well as disputes over ‘critical race theory’ that in some states fueled the introduction of educational gag orders prohibiting discussion of ‘divisive’ concepts in classrooms.

“While many of these groups use language in their mission statements about parents’ rights or religious or conservative views, some also make explicit calls for the exclusion of materials that touch on race (sometimes explicitly critical race theory) or LGBTQ+ themes.”

The full report is here.