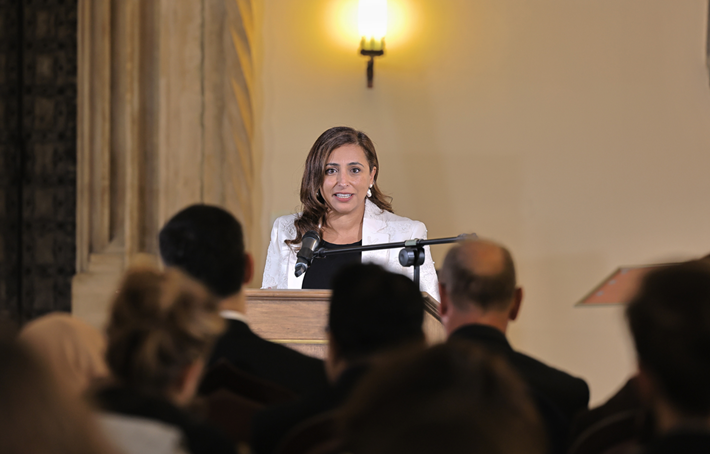 In its third digitally produced general assembly meeting today (September 29), the International Publishers Association (IPA) confirmed that Karine Pansa of Brazil’s Girassol Brasil Edições is the IPA’s president-elect. Gvantsa Jobava of Intelekti Publishing in the Republic of Georgia was named the organization’s vice-president-elect.

Pansa and Jobava will assume their new posts as president and vice-president at the top of the year. The outgoing president, Bodour Al Qasimi, is the founding publisher of the United Arab Emirates’ Kalimat Group. (Her video commentary to the assembly is embedded below.)

In other top-line election results, the association named the Malaysian Publishers Association a full member of the association, bringing the IPA’s total to 90 fully vested member-organizations from 74 nations.

Three such associations entered provisional membership, a stage in the process of becoming full members:

The International Publishers Association thanked all those who stood for election and extended its gratitude to outgoing Executive Committee members:

Their terms of office are to conclude on December 31.

Jobava, while being named the incoming vice-president, was also thanked for her service on the Freedom to Publish committee, as was Matt Barblan. Sarah Faulder was commended for her work on behalf of the association on the board of the International Federation of Reproduction Rights Organisations (IFRRO), as was Carlo Scollo Lavizzari, described as “a long-standing internal and external adviser to IPA.” 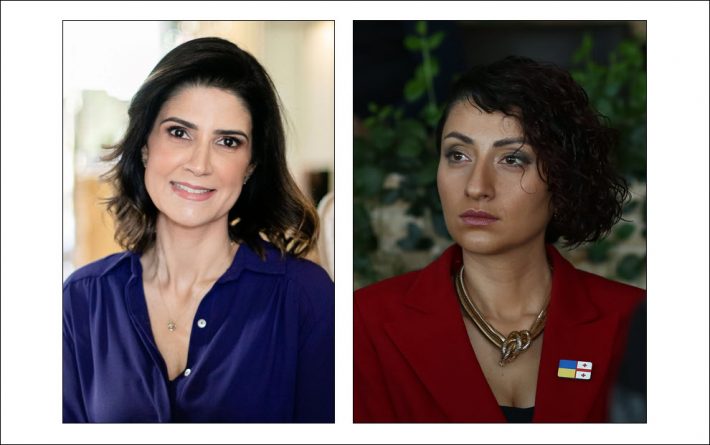 IPA tradition sees a vice-president become the president, meaning that Jobava is likely to take up the presidency in 2025, succeeding Pansa.

Karine Pansa in January will become the third woman president of the international body in January, following Argentina’s Ana Maria Cabanellas and the United Arab Emirates’ Al Qasimi. Jobava, then, could become the fourth female IPA president and the third to take that position in consecutive IPA administrations.

Pansa, the current vice-president and president-elect, said, “I’d like to thank Bodour for her exemplary leadership, tireless dedication, and competence in dealing with the complex issues that our industry have had during the past two years. “It honors me to follow your path and be the third woman president of IPA. I am excited to serve our industry and support our members’ recovery, and to continue to ensure IPA is an inclusive organization represented and respected globally.”

And Jobava, the vice-president-elect, said, “It’s a special honor and responsibility to be IPA vice-president. My Georgian roots, my experience of occupation, drive my fight for a better world. Our sector has a unique weapon to achieve it—the book. A tool to educate, spread diverse voices, and create a free society.

“That’s why I will dedicate my vice presidency to strengthening IPA’s main pillars: copyright, freedom to publish, literacy, inclusion, and educational publishing. “I will fight for the well-being of our members’ publishers, because books published by them make our world better.” 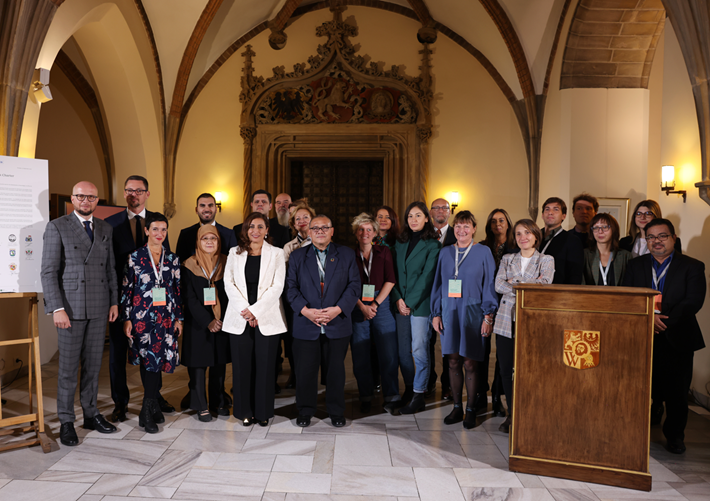 Al Qasimi has been one of the most broadly visible IPA presidents in recent years, and at a time when the International Publishers Association was required to respond to the extraordinary upheaval and uncertainty of the still-ongoing coronavirus COVID-19 pandemic. Al Qasimi’s two-year term and that of her immediate predecessor, Hugo Setzer of Mexico, shared the pandemic years, his administration handing off to hers in January 2021.

“I’m confident that our industry is in safe and capable hands as we write the next chapter in our book.”Bodour Al Qasimi

The hallmark of her pandemic-era presidency has become her international travel schedule, based in a belief that it was important to assess personally the impact of the crisis on as many national chapters of the IPA as possible. Al Qasimi would visit 10 book fairs in Africa, Asia, Europe, and Latin America, always scheduling face-to-face meetings with national and regional publishers associations. Those meetings would eventually come to 25.

Her most recent such event was held this week in Poland, when she met on Monday (September 26) in Wroclaw with representatives of the World Book Capital Network initiative she has spearheaded, to sign its charter. The new body has been created with the support of UNESCO, which fields the World Book Capital program. That program, in turn, is based on the efforts of a past president of the International Publishers Association, Pere Vicens.

Having established the program during the Sharjah International Book Fair last year in a meeting she called on the sidelines at Sharjah’s House of Wisdom, Al Qasimi has since led meetings both in Wroclaw and in Tbilisi, where the second formative meeting was held during Jobava’s staging of the first Caucasus and Black Sea regional conference.

And in a statement prepared for the IPA general assembly today on the news of the Pansa-Jobava ticket, Al Qasimi characterized the COVID-19 emergency as “wakeup call for our industry” during a period of “extreme uncertainty” that prompted her and the association’s secretariat to develop a five-point response to create as much “tangible impact” as possible:

“This objective was challenging, to say the least, given the complexity of our industry, but our conversations created the momentum needed to face the future,” she told the assembly, “and to help our members cope with the massive shift to online and digital reading and educational resources.” Al Qasimi and the IPA had run right into the “digital acceleration” that has been one of the hallmarks of the world publishing industry in the pandemic era, and would go on to formulate programs responsive to the needs of so many markets in developing digital-retail infrastructure around digital publishing.

Al Qasimi is also the creator of the PublisHer network of professional women in international publishing, the founder of both the UAE’s Emirates Publishers Association and the UAE’s first reprographic rights agency, the IPA’s Africa Publishing Innovation Fund (with Dubai Cares), and IPA’s initial efforts in regional conference programs, including those in Africa (Lagos and Nairobi) and the Middle East (Amman.)

She told today’s assembly that with Pansa and Jobava in place, “I’m confident that our industry is in safe and capable hands as we write the next chapter in our book.”