The £5,000 Klaus Flugge Prize is named for the Hamburg-born publisher who founded Andersen Press in 1976.

Hollis: ‘Roller-Skating in the Right Direction’

The book is described as being “about a bear obsessed with looking good but also desperate to show the world his roller-skating flair.”

In accepting the award—which is personally funded by Klaus Flugge rather than by the Andersen Press that Flugge founded—Hollis is quoted, saying, “Winning  the Klaus Flugge Prize is invigorating.

“There’s a sentiment in the book about letting  go, enjoying the moment, and not worrying too much about how you’ll be perceived.  This is a necessity when working creatively. It’s also a paradox because while struggling to avoid being overly concerned with what other people might think, the hope is to form a meaningful connection with readers.

“To know my work has touched  the judges is fulfilling, it has reinforced my belief: keep doing what you love most.” 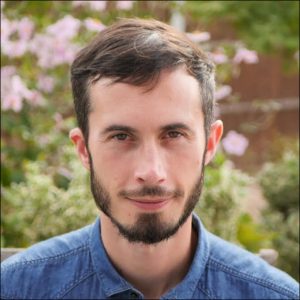 Praising the five shortlisted illustrators (below), he added, “The Klaus Flugge Prize shows we’re all roller-skating in the right direction.”

Hollis wins the program’s purse of £5,000 (US$5,555) and helps bring needed attention to the work of illustrators—like translators, far too often overlooked for their critical importance to publishing. When a parent walks the aisles of a bookstore, it’s not a book’s story that grabs them. It may not even be the title. It’s the artwork.

And this is one of the reasons that illustrator Sarah McIntyre’s #PicturesMeanBusiness campaign is an important one.

The jurors for this year’s prize are illustrator Emily Gravett; 2021 Klaus Flugge Prize winner Flavia Z Drago, the co-founding Beyond Books Lead at Civic Square in Birmingham, Nikki Bi; and Martin Salisbury, professor of illustration at Cambridge School of Art in Anglia Ruskin University. The jury is chaired by Julia Eccleshare, director of the Hay Children’s Festival. 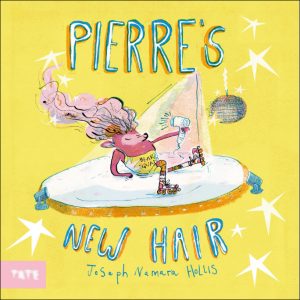 Established in 2016, the Klaus Flugge Prize was founded to honor publisher Klaus Flugge. Flugge set up Andersen Press in 1976 and discovered and nurtured many of today’s most  distinguished illustrators including David McKee, Tony Ross, Satoshi Kitamura, Ruth Brown and Susan Varley. Previous winners of the Klaus Flugge Prize include Eva Eland, Jessica Love and Kate Milner.

Hollis grew up in Burton Joyce, near Nottingham. Since he graduated from the Cambridge School of Art in 2018 with an MA in children’s book illustration, Hollis’ work has won V&A Student Illustrator of the Year and has also been highly commended in the Macmillan Prize for Children’s Picture Book Illustration. 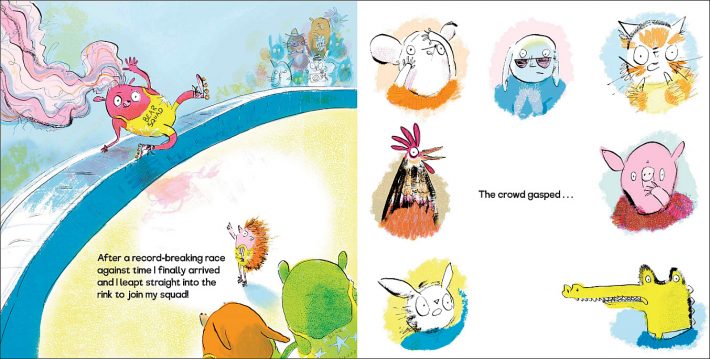 This is Publishing Perspectives’ 174th awards report published in the 181 days since our 2022 operations began on January 3.

More from Publishing Perspectives on book and publishing awards is here, more on children’s books is here, and more on illustration and illustrators is here.