The Association of American Publishers, in its annual-report estimates, sees a US$3.23-billion jump in 2021 over 2020. 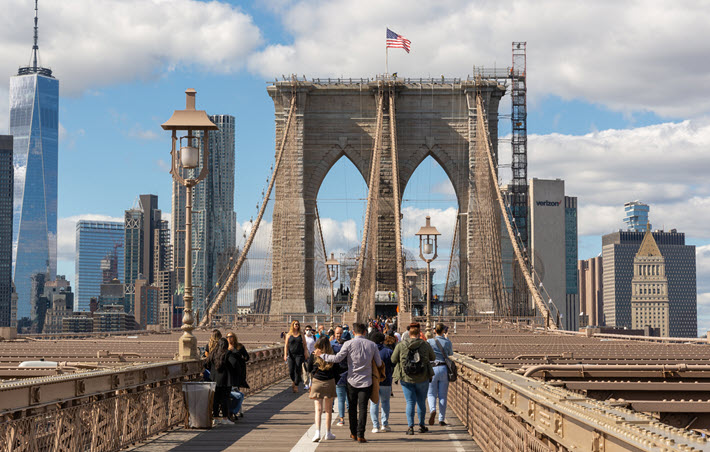 ‘More Than the Sum of the Monthly Analyses’

The Association of American Publishers‘ (AAP) 2021 annual report based on monthly StatShot data is again a group of estimates, and that bears keeping in mind. As the report’s  note on methodology (we’ve included it below) puts it, the annual report is “a financial overview of the book publishing industry that’s more than the sum of the association’s monthly statistics analyses.”

Top-line figures are estimates indicating that “The United States’ book publishing industry generated US$29.33 billion industry-wide during the year, the highest number ever reported by StatShot Annual. The number reflects a $3.23-billion increase, or 12.3 percent, as compared to 2020 revenues of $26.1 billion.”

While the annual report is useful, it’s good to note that the term “estimate” appears quite frequently in this annual product. The organization explains, “Using quantitative methodologies, StatShot Annual estimates the total volume of the US publishing industry by combining annual data submitted by publishers and distributors and by applying market modeling. 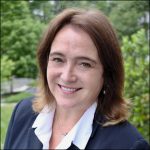 The release of the annual formulation is also a time for upbeat commentary, understandably, and in her statement for today’s media messaging (September 16), the association’s president and CEO Maria A. Pallante rises to the occasion, saying, “The industry was firing on all cylinders in 2021, delivering benefits up and down the value chain for literature, scholarship, and educational materials.

“At the end of the day, we know that books are immeasurable and timeless as they make their way in the world.

“Nevertheless, in an economy that is overcrowded with entertainment options, it’s thrilling and gratifying to see such resounding affirmation for reading.”

In the context of celebrating a national marketplace’s robust performance, Pallante’s reference to “an economy overcrowded with entertainment options” is particularly apt. She doesn’t elaborate, but one of the hardest features of the American book marketplace to quantify–while almost everyone can tell you that they both see and feel its effects–is the US culture’s plethora of entertainment.

The Impact of an ‘Attention Economy’

Called by some an “attention economy,” the States’ digital framework is one of several in the world today in which major and wealthy multinational companies compete for consumers’ time and attention with film, television, music, gaming, social-media interaction and more, leaving many worried about their own and others’ contracting “attention spans” for reading and other tasks. And yet it’s sometimes hard for professionals based in the sphere of the written word and literature to perceive reading as one of the categories of entertainment battling it out for audience share.

What seems to have been clear during the second year of the still-ongoing COVID-19 pandemic was voiced near the end of 2021 in a November interview with the British and German Amazon Publishing divisions’ lead Eoin Purcell who used that company’s amalgam of many entertainment offerings to see that it was an intensity of entertainment consumption that changed during the deeper periods of lockdowns and other spread-mitigation efforts. Music fans consumed more music, film fans watched more films, and so on: readers read more. Attention, and consumption, was intensified by many consumers on their choices of diversions.

In the transition of 2021, it appears that the US consumer base in books experienced a sort of release into more such intense usage, with fewer constraints on how to access and buy content and yet a continuation of gains in time. What’s more, many in the workforce had funds unspent on more common activities such as travel and entertainment outside the home.

Several key categories demonstrate some of the interesting and—as Pallante contextualizes it—largely upbeat dynamics that were at play in 2021.

And while a kind of slow glide path downward can be tracked this year, particularly in the NPD BookScan we cover to track directional movements in print, in 2021 the industry was still flying at higher altitudes.

In the 2021 ‘Publishing Environment’ 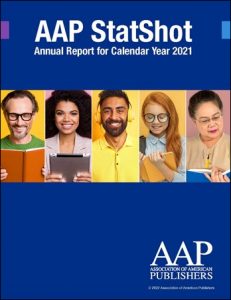 In its discussion of the “publishing environment” of 2021, then, the report encapsulates several key observations.

It’s in trade formats that we encounter some of the most familiar data points compared to our usual StatShot coverage. “Physical books continued to dominate the market during the year, with hardback, paperback, and special bindings each seeing double digit increases in revenue.

Our readers who follow our regular StatShot reports will want to spend a moment with this methodology note because of the distinctive approach the annual product takes with estimates. As usual, we have lightly edited this note to ease promotional language.

“StatShot Annual employs a unique methodology that combines annual data submitted by publishers and distributors, along with market modeling, to estimate the total volume of the United States’ publishing industry.

“The Association of American Publishers (or its predecessor) has provided this service in a variety of forms since 1947. Participants are listed at the end of the report. Management Practice Inc. states that the results of the survey are accurate at a 95-percent confidence level, plus or minus 5 percentage points. Percentages may not add to 100 percent due to rounding.”

The full annual report, at 48 pages, is available for purchase from the Association of American Publishers, at US$445.