Roughly three-quarters of respondents to Wiley’s academic-society survey said they want societies to ‘take the lead’ on diversity. 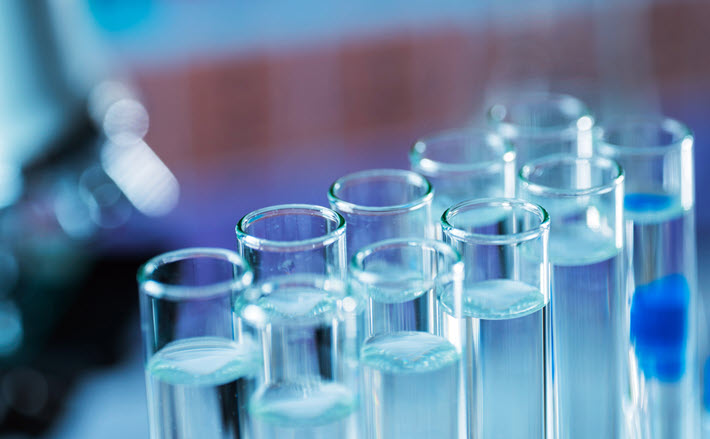 From its Hoboken offices, Wiley on Wednesday (August 24) messaged the news media about results of a survey it has made relative to “learned societies” in the academic research community. This survey was conducted by Broadview Analytics and included 1,255 respondents from the research community.

“A combination of analytical techniques was used in the analysis,” we’re told, “including factor analysis, regression trees and comparison group testing. The testing was conducted with 99-percent confidence.”

Responses came from 118 countries and from people working in at least 40 disciplines, Wiley says.

If you’re not familiar with this line of discussion, phrases such as “society publishing,” as common as it is in the academic field, can take a moment to process.

Rather than a reference to the kind of red-carpet “city magazine” soiree and fashion coverage that “society publishing” might refer to in commercial terms, the scholarly industry’s “society” focus is on professional organizations or societies focused on various disciplines, giving us, for example, the Society for Experimental Biology, the British Computer Society, the Royal Society of South Africa, and–yes, it’s real–the Pathological Society of Great Britain and Ireland.

Wiley’s far-flung work in scholarly and academic publishing has prompted it to promote itself and its services heavily to “society leaders,” and the survey its public relations operatives are touting results particularly in two areas–”DE&I,” which is the ubiquitous shorthand for diversity, equality, and inclusivity, and sustainability. Because we prefer to avoid asking our international readers to keep up with a lot of acronyms, we will refer to “DE&I” simply as diversity.

“The number of women responders to our survey has stayed steady at 36 percent for the third year running.”Wiley survey discussion

Among top-line results, 74 percent of respondents said that it was important for learned societies to “take the lead” in diversity, and that point is specialized in areas of racial and ethnic representation in this case.

“For instance,” media messaging reads, reported “satisfaction with the representation of racial or ethnic groups in learned societies has fallen to 50 percent in 2022, as compared to 57 percent in 2021.

“Prospective and new society members scored the importance of societies taking an active role in [diversity] significantly higher than members with [more than] 30 years’ research experience, furthering the notion that [diversity] values will become increasingly important to membership in the years to come.” In other words, younger workers in the research professions are like younger citizens in so many fields, reliably demonstrating a higher valuation than that of many before them on issues of sustainability, as well as civil rights and social equality.

It’s interesting to look at the survey response in light of those answers around issues of diversity.

Demographics and the Survey

“Once again,” Wiley writes, “the number of women responders to our survey has stayed steady at 36 percent for the third year running. But there are some important differences in diversity, depending on subject and geography.

The pandemic “may have contributed to the continued, though slow, decline in society membership. Levels are down to 57 percent this year, 10 percent less than it was 4 years ago.”Wiley survey discussion

Among respondents, “81 percent of chemists are men along with 79 percent of engineers, and in Africa, almost three-quarters of our responses also come from men. In the field of nursing, 76 percent are women as are 64 percent of those in psychology.

“It’s important not to read too much into this,” the Wiley team writes, “but it does show that there is still a way to go in terms of diversity across research. On a positive note, more than half those with fewer than five years of experience are women. This is 6-percent up from last year, so change is coming.”

Among things that various societies’ administrations think about is how to attract new members. Another widely used acronym, ECR, tends to come into play here: early-career researchers. The survey’s results indicate that many early-career researchers may show a strong interest not only in diversity issues but also in sustainability matters. “More than two-thirds—69 percent—of respondents to the Wiley survey say they believe that societies should prioritize sustainability.

“This [self-declared] belief is especially prominent among students, early-career researchers, and those in developing countries.” 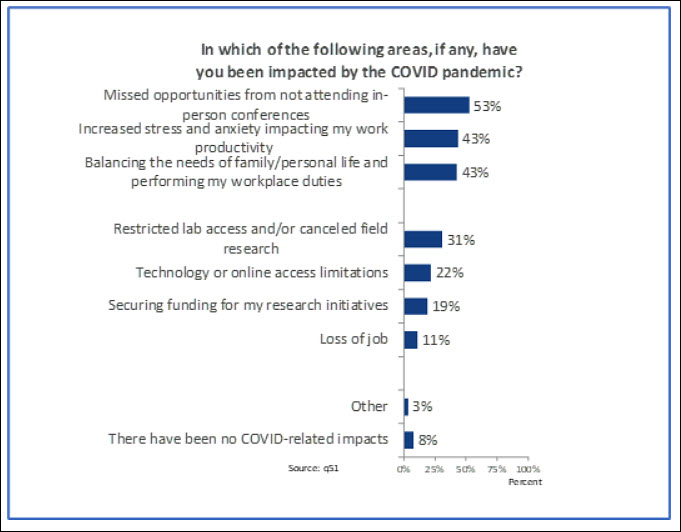 In a statement from the company like this one, we also hear an echo of widely understood exhaustion with the still-ongoing coronavirus COVID-19 pandemic. “The pandemic’s effects are long-lasting, with 43 percent of respondents saying they’ve felt increased stress and anxiety that impacts their work and productivity.

Among respondents, “81 percent of chemists are men along with 79 percent of engineers, and in Africa, almost three-quarters of our responses also come from men. In the field of nursing, 76 percent are women as are 64 percent of those in psychology.”Wiley survey discussion

“Members are also looking forward to returning to in-person conferences with over half (53 percent) reporting that they miss these opportunities. In the last 12 months, 32 percent of respondents attended an in-person conference compared to 19 percent reported in the 2021 survey.”

And here’s a finding sure to warm the hearts of “society leaders”: “The perceived value of society membership among the research community continues to grow.” This one brings us yet another acronym: NPS, for “net promoter score.” That score, “which measures willingness to recommend learned society membership,” Wiley’s team writes, “increased to 25, representing a five-point increase from last year and double the rate in 2020.

“Society reviews are flourishing, which is promising to the research ecosystem as societies contribute thousands of academic papers each year that are critical to the community’s shared goal of advancing understanding in their respective fields.

“Being a part of a learned society has reportedly brought value to members in many ways, including access to journal content at no additional cost (82 percent), professional connections (79 percent), and support in career advancement (76 percent).”

That should be cheering because another finding of the survey is that the pandemic “may have contributed to the continued, though slow, decline in society membership. Levels are down to 57 percent this year,” survey results say, “10 percent less than it was 4 years ago.

“The number [of researchers who] have never been members is consistent at 23 percent and [the level of] those [who] left a society in the last 12 months has also remained steady at 12% percent.

“It may be an indication of the extraordinary times we’ve been living through, and each year’s decrease is so small that this  is hardly a crisis yet. But with such a long-term downward trend, societies need to remain vigilant.” 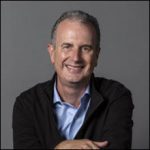 And Wiley, of course, is a leading society publisher.

“As the world’s largest society publisher, Wiley is extremely proud of our partnerships” in many parts of the world “and is committed to supporting societies as they deliver on the priorities set by current and future members.”

You can read more about the survey results in an article on Wiley’s site here.