The Society of Authors in London opens its 2023 submission program, having awarded 32 writers and illustrators with 2022 prizes. 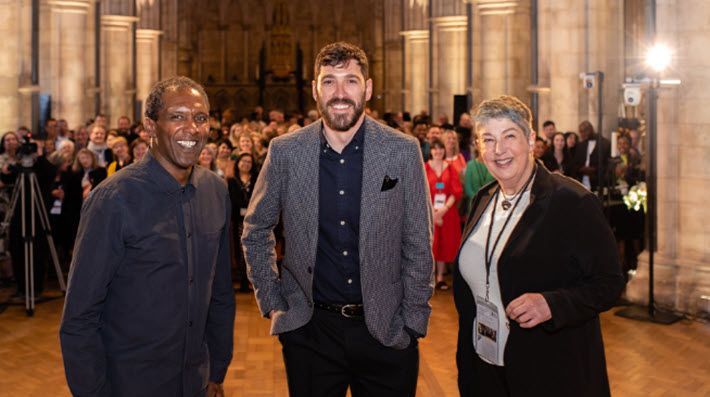 As the Society of Authors in London opens its 2023 call for awards program submission, we also want to report the winners of the 2022 edition of this complex of awards operated by the trade union. These wins originally were announced during the world industry’s springtime crush of international book fairs and trade shows.

The call for entries we have today (August 5) is for nine prizes. One of them is new, an “ADCI Literary Prize,” the acronym standing for “authors with disabilities and chronic illnesses.”

That one will be naming its first winner in this cycle, and the purpose there is to find work that includes disability or a chronically ill character or characters. For those interested in details on that competition and on the opening of submissions for it and eight other society-managed programs, more is here.

This year’s group of 32 winners took home a total of more than £100,000 in winnings (US$120,339). We’ll embed a copy of the presentation for you, the event having been set again at Southwark Cathedral.

There was a newly introduced contest with a winner named this year, as well, the “Gordon Bowker Volcano Prize,” focused on “travel away from home,” speaking of those far-flung book fairs and trade shows. Despite the deeply crowded field of book and publishing contests vying for press attention, the industry, particularly in England, continues to create new accolades. It’s hard to think that there’s a single title left on a bookshop table on the high street without a golden sticker already on it.

The ALCS Tom-Gallon Trust Award is sponsored by the Authors’ Licensing and Collecting Society (ALCS) and honors a short story with a purse of £1,575 (US$1,911). It was juried this year by Claire Fuller, Sophie Haydock, Billy Kahora, and Mary Watson.

The Betty Trask Prize goes to a first novel by a writer younger than 35. It was juried by Sara Collins, Michael Donkor, and Alex Presto and provides a total purse of £26,200 (US$31804).

The Eric Gregory Award pays £4,050 (US$4,915) to each of seven winners for a total £28,350 for a collection of poetry by someone younger than 30. This year’s jurors: Raymond Antrobus, Wayne Holloway-Smith, Sarah Howe, Gwyneth Lewis, Roger Robinson, and Joelle Taylor.

The Gordon Bowker Volcano Prize awards £2,750 for a novel on the experience of travel away from home. It was created in honor of Malcolm Lowry and endowed by Gordon Bowker, his biographer, and Ramdei Bowker. This year’s jurors: Caroline Brothers, Philip Hensher and Aamer Hussein.

The McKitterick Prize recognizes a writer older than 40 with £5,250 (US$6,345) and was juried this year by Selma Dabbagh, Rebecca Foster, Kelleigh Greenberg-Jephcott, Anietie Isong and Nick Rennison.

The Paul Torday Memorial Prize is awarded to a writer older than 60, pays £1,000 (US$1,207) and was juried by Mavis Cheek, Denise Mina and Donald S Murray.

The Queen’s Knickers Award honors a children’s original illustrated book for ages under 7 and younger with £6,000 (US$7,246) and was juried this year by Lauren Child, Petr Horácek and Patrice Lawrence.

Here’s a video of the event this year, from early June.

This is Publishing Perspectives’ 136th awards-related report in the 142 publication days since our 2022 operations began on January 3.

More from Publishing Perspectives on publishing and book awards is here, and more on the Society of Authors is here. More on the United Kingdom’s awards-busy market is here.