The annual Kraszna-Krausz Foundation Awards, based in London, honor a photography book and a book on moving imagery. 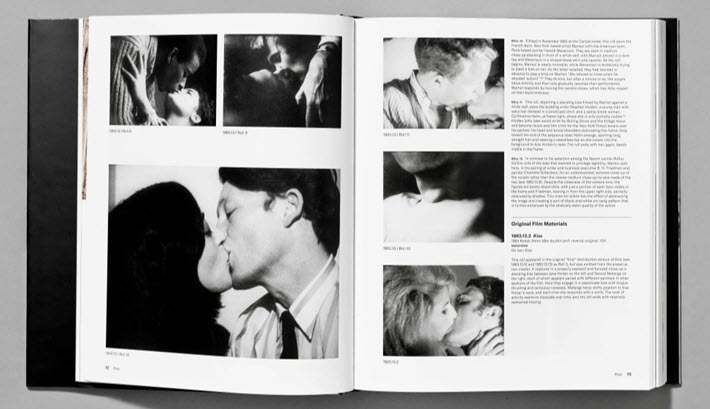 As Publishing Perspectives readers know, the United Kingdom’s Kraszna-Krausz Foundation awards a photography book and a moving-image book annually, with £5,000 (US$6,027) for each.

The Kraszna-Krausz Book Awards, first established in 1985, are open to all moving-image and photography books published in the previous year and available in the United Kingdom.

These two books are described by the program’s organizers as “exemplary demonstrations of originality and excellence in the fields of moving image and photography book publishing. The titles from these books explore a range of themes and address issues including gender, race, radical politics, and diverse perspectives on the history and production of filmmaking.” 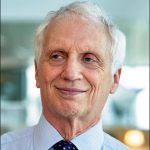 In commenting on the wins, Brian Pomeroy, chair of the foundation, is quoted, saying, “This year’s shortlisted and winning books represent a rich and diverse mix of genres, themes and approaches. What they share, however, is to have conspicuously maintained the very high standard of works submitted throughout the long history of the Kraszna-Krausz prize.”

This year, a total 230 entries were considered across the two categories.

On ‘The Films of Andy Warhol’

Images here are, from left, Andy Warhol filming ‘Prison at the Factory,’ 1965; photograph by Bob Adelman, courtesy the Bob Adelman Estate; center is the cover of ‘The Films of Andy Warhol’ by John G. Hanhardt et al; and right, an image from ‘Outer and Inner Space,’ 1965, 16mm, black-and-white, sound; 67 minutes, at 24 fps in single-screen projection, 33 minutes, at 24 fps in double-screen projection (CR no. 1965.20), courtesy the Andy Warhol Museum, Pittsburgh, a museum of the Carnegie Institute

The Hanhardt book on the Warhol films was chosen by a panel of film experts comprising Matthew Barrington, Pamela Hutchinson, and Melanie Selfe.

In a comment on the selection, Hutchinson is quoted, describing the work as “a monument as much as a book, and far more than a catalogue, although the textual history here is often almost as fascinating as the films and the behind-the-scenes storytelling. Each word and image across these 500 pages adds something to the tale of two years of remarkable creativity.”

The book has more than 100 works catalogued in detail and combined with essays that cover, according to media messaging, “Warhol’s influences, his experimentation with film, source material, working methods, and technical innovations, as well as his engagement with the people he filmed and how they came to life on the screen.”

On ‘What They Saw’

What They Saw is described by organizers of the award as a book that “sheds light on photo books created by women from diverse backgrounds, and addresses the glaring gaps and omissions in current photo book history—in particular, the lack of access, support and funding for non-Western women and women of color. 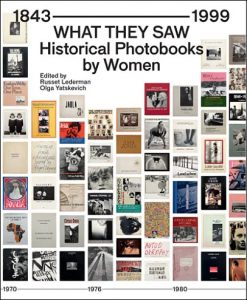 “The book is illustrated with photographs of classic bound books, portfolios, personal albums, unpublished books, ‘zines and scrapbooks, ranging from well-known publications to the more obscure.”

In the case of the photo book selection, the jury panel comprised Lena Fritsch, Renée Mussai, and Simon Roberts.

Mussai is quoted, saying, “Rigorously researched, generously illustrated, and ingeniously designed, this is an extraordinary publication which not only fills an essential gap and missing chapter in photographic scholarship, but importantly foregrounds the creative pursuits of a diverse constituency of women whose significant contributions to global photo book historiography still too often remains invisible.”

And another comment comes from Simon Roberts, the photographer whose exhibition Songs of the Sky runs at Les Rencontres D’Arles through September 27.

About the winning photo book, Roberts says, “What They Saw is a thorough examination of the history of photography and an invaluable resource for anyone interested in the medium of the photo book.

“Focusing on publications created by women from the earliest days of the medium to the last year of the previous millennium, the authors have made an important contribution to a pantheon of ‘photo books on photo books’ that have been published in the past decade where male photographers have mostly dominated the genre.”

Events reflective of this year’s winning books are planned for September and October in London. 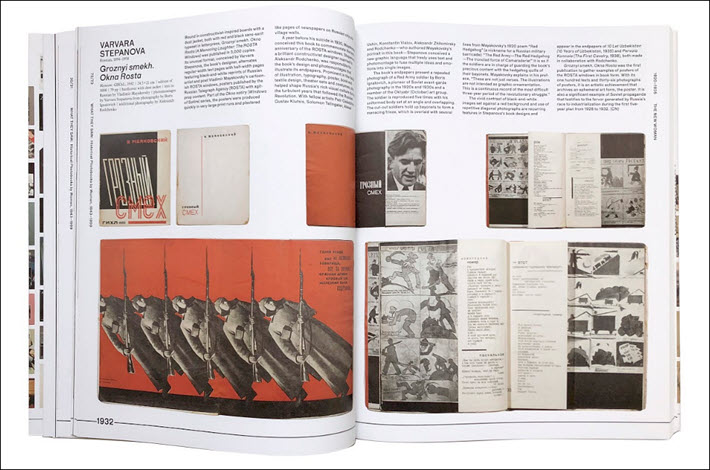 This is Publishing Perspectives’ 142nd awards-related report in the 149 publication days since our 2022 operations began on January 3.

The publishing awards survey deadline has been extended to Friday: We urge publishing professionals to spend 10 minutes responding to the current survey of book awards’ dynamics and values. The survey can be accessed here, and it’s now open through Friday (August 19. More on this is here.