The writer and two-time German Book Prize nominee Sasha Salzmann will speak when Serhiy Zhadan is given the German Trade’s Peace Prize. 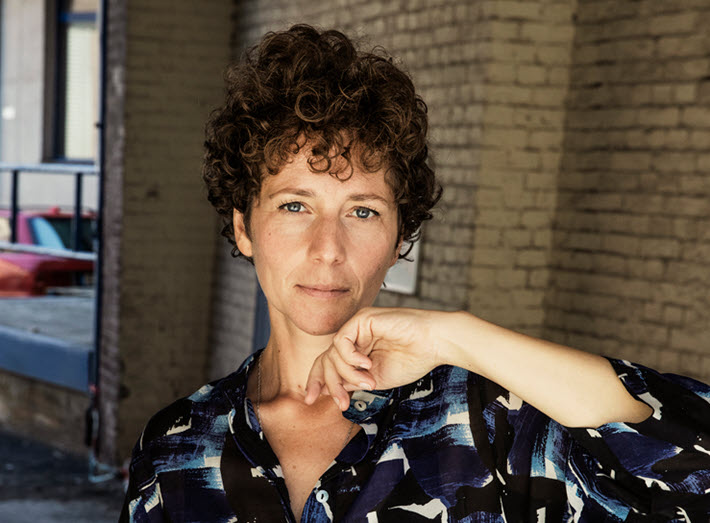 As we reported on June 27, the Ukrainian author Serhiy Zhadan has been selected the winner of this year’s German Book Trade Peace Prize.

Today (August 2), the Börsenverein des Deutschen Buchhandels, Germany’s publishers and booksellers association, has announced that the prize’s customary laudatory speech honoring the new laureate, will be given by playwright, novelist, and essayist Sasha Marianna Salzmann.

Her comments will be part of the award ceremony on “Frankfurt Sunday” at the conclusion of Frankfurter Buchmesse, October 23 in Frankfurt’s Paulskirche, the Church of St. Paul.

Born a Russian in Volgograd, Salzmann moved to Germany in 1995 after having been raised in Moscow.

She studied literature, theater, and media in Hildesheim, also studying writing at the Berlin University of the Arts. In 2002, Salzmann became a co-founder of the culture and society magazine Freitext and co-edited it for 11 years.

In 2013, Salzmann became resident author at Maxim Gorki Theater Berlin and took over the artistic direction of Studio Я in the same year, remaining in the post until 2015. Together with Max Czollek, she initiated the 2016 Disintegration Congress and the 2017 program called Radical Jewish Culture Days at the Gorki Theater. In 2017 and 2018, Salzmann was part of the management team of the literature workshop named “War in Peace” at the Berlin Literary Colloquium. 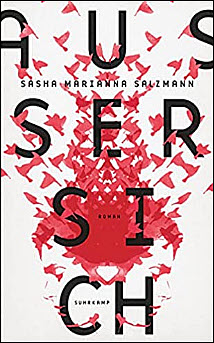 Her debut novel Außer sich (Beside Myself, Suhrkamp Verlag), was shortlisted for the German Book Prize 2017. The story is about Alissa, who embarks on a search in Istanbul’s queer scene and in her own family history for her twin brother, and for belonging beyond origin, mother tongue, and gender.

Salzmann’s second novel, Everything in Man Must Be Glorious (Suhrkamp Verlag, 2021), also nominated for the German Book Prize, takes place in the late, collapsing Soviet Union, in Ukraine during the years of perestroika and in today’s Germany, and is about the inextricable entanglement of two women—generations across political upheavals and emigration.

In her own work, the Börsenverein points out, Salzmann repeatedly refers to the texts of Serhij Zhadan, who is one of the author’s literary role models.

The two novels and Salzmann’s internationally performed playscripts have received multiple awards, including the Mara Cassens Prize (2017), the Nestroy Theater Prize (2018) and the Berlin Art Prize (2020). In 2020 the author received the Ricarda Huch poetry lectureship for “Gender in the Literary World” and in 2022 the Prize of the Literature Houses. 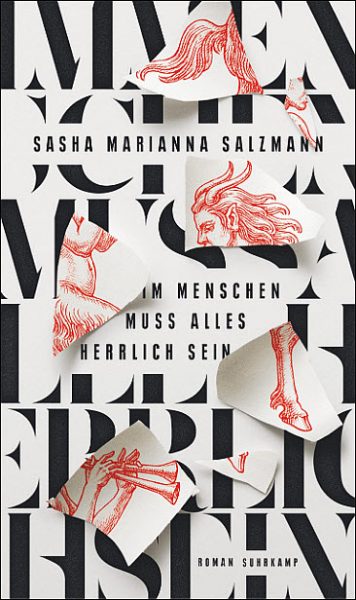 As our readership knows, the Peace Prize of the German Book Trade carries a purse of €25,000 (US$25,462) and has as its key criterion “an important contribution to peace, humanity, and understanding among peoples.”

The Zimbabwean author and filmmaker Tsitsi Dangarembga was the winner of the 2021 prize, and you can see a retrospective on all the program’s winners here.

Zhadan is an activist in Ukrainian nationalism, a part of the Red Thistle literary group, and co-founder of a foundation created to provide humanitarian to Ukrainians in the Donbas. He has at least a dozen books of poetry out, and has translated poetry from German, English, Belarusian, and Russian. He writes in Ukrainian. He also has written lyrics for rock bands and has been the singer with the Ukrainian band Sobaki v kosmosi (Dogs in Space) since 2007.

As you may recall, when Kharkiv’s Vivat Publishing, led by CEO Julia Orlova, launched a translation of  the American writer Adam Mansbach’s 2011 Go the F*ck to Sleep (Akashic Books) in a bomb-shelter celebration on April 16, Zhadan was at the event, details and images were provided to Publishing Perspectives by the publishing house’s chief communications officer Galina Padalk.

Since the Russian annexation of Crimea in 2014, Zhadan has been active in a number of social and cultural projects in the partially occupied (by pro-Russian separatists) eastern Ukraine. Indeed, his most recent novel, The Orphanage, for which he and his translators have won the EBRD Literature Prize, is called by the Peace Prize board, “a convincing account of the conflict in Donbas. A teacher travelling through the war zone in a dense fog repeatedly gets caught between the front lines and is ultimately confronted with the question of whether one can remain neutral in times of war.”

This is Publishing Perspectives’ 135th awards-related report in the 139 publication days since our 2022 operations began on January 3.