With a Brazilian Publishers Translation Grant, Portuguese titles are being translated into Arabic in Egypt. (Sponsored) 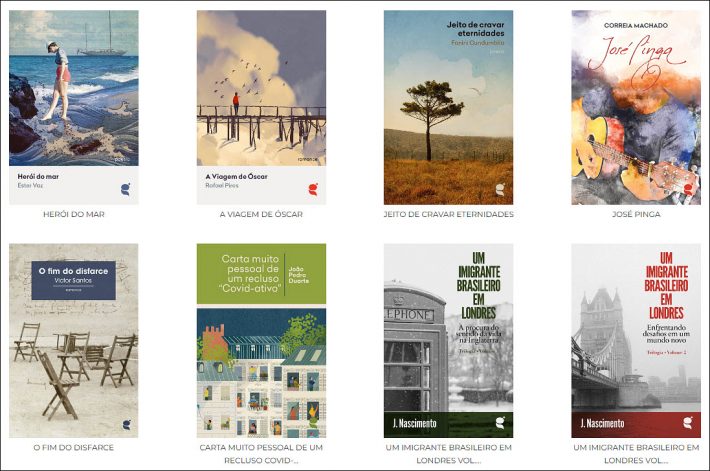 ‘A Kind of Push To Take Risks’

As Publishing Perspectives will recall from our story on Brazil’s Editora Pallas and Mozambique’s Trinta Zero Nove, publishing houses in Brazil are expanding their visibility and sales in world book markets with international publication rights sales supported by the Brazilian Publishers Translation Grant (PDF).

“Grants help us take risks,” says Ranya Bakr at Cairo’s venerable Al Arabi Publishing and Distribution, “a kind of push for us to take risks with titles.”

And from the Brazilian side of the deal, Paula Cajaty, CEO of Editora Jaguatirica (Ocelot, the Brazilian branding) and Gato-Bravo (the Portuguese edition), says, “The grant is essential for the aim of getting Brazilian titles published in many countries.”

Under the aegis of the Brazilian Publishers, a national program managed by Fernanda Dantas and familiar to Publishing Perspectives readers—not least for the professional program it staged in late June in association with the 26th biennial São Paulo International Book Fair.

Backed by the export-supportive partnership between the Brazilian Book Chamber and the Brazilian Trade and Investment Promotion Agency (ApexBrasil), the translation grant is designed to support translation into any other language from the Portuguese originals of books originating in Brazil. 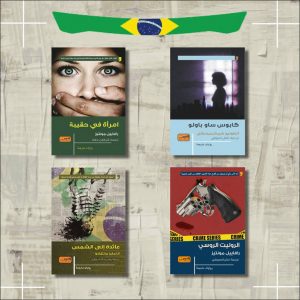 Some have taken to calling the program a “translation fellowship,” and when you talk with publishers who have accessed it, you begin to understand the collegial relationships that seem to come with these grants and these publishers’ interactions. In their exchanges with Publishing Perspectives, for example, Cajaty in Rio de Janeiro says to Bakr, “We’re very excited to visit Cairo and your publishing house at some point in the future.”

Fellowships of many kinds were discussed in a session led by International Publishers Association (IPA) vice-president and Girassol Brasil Edições’ editorial director Karine Pansa during June’s professional program, laying the groundwork for the mutually supportive interview comments you’ll find here today (August 12), as we explore an Egyptian-Brazilian translation project supported by the grant.

Ranya Bakr: ‘Fill the Gap and Create a Wave’

Titles translated by Al Arabi with the translation grant in this case include:

The third book, Infâmia, Bakr says, is still being prepared for release, while the first two moved faster to market.

Our focus today, then, is on, O ensino do futebol, the focal title translated to Arabic from Brazilian Portuguese with the support of the translation grant.

The book itself is an interesting choice. Cajaty’s Jaguatirica is a house focused mostly on Brazilian fiction—poetry, short stories, and novels—and on nonfiction, which Cajaty says lies mostly in the humanities.

Asked what sorts of challenges she sees in her work, Cajaty names three issues, each familiar to other markets’ publishers, but perhaps they might all see themselves in her first one: 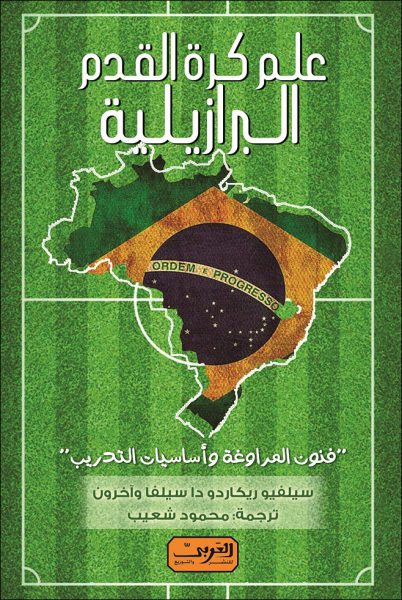 In Cairo, Al Arabi is a 47-year-old publishing house where Ranya Bakr’s brother Sherif opened a translation project in 2010 under the name #differentbooks. And that initiative turns out to be the reason many of our readers who work in international rights know the name Al Arabi: “We have books translated from 65 countries around the world,” Ranya Bakr says, “including Guatemala, Macedonia, Nepal, and a lot more.

“This project presented to the Arab readers translated books from different and unique parts of the world. We were able to fill the gap and create a wave in the market with contemporary fiction since most of the translated books in the Arab market were either the bestsellers or titles in the public domain.”

Over the years, the house’s translation work has grown to include more nonfiction—after introducing narrative nonfiction to many in its customer base, Bakr says—and today the output is some 70-percent fiction and 30-percent nonfiction, the latter being where Teaching Football comes in,

Al Arabi is so highly regarded for its translation work that earlier this summer the house won the King Abdullah Bin Abdulaziz International Award for Translation. “Being granted this prize has crowned our success,” Bakr says, “as it is considered a prize for the publishing house as an entity and it honors our translation project,” now in its 12th year.

“Winning such a prize was very important, as we’re the first independent publishing house to receive it,” she says. “The prize made us believe that not only are we on the right track, but we’re being awarded for it.”

In terms of challenges, when Bakr talks of those she and her colleagues face in Cairo, you can hear echoes of the ones Cajaty has just named in Rio, with readership and distribution most closely aligned.

The Arab market, Bakr says, “it is considered a huge one when it comes to the population, but as for the number of readers, it’s still below its potential. Yet we keep on working hard, trying to reach out to all readers all over the Arab world by participating in most of the Arab book fairs and traveling all year long.

“We also work with ebooks,” she says, “trying to maintain the availability of the books either in the Arab countries or for the Arabic speakers all over the world, in order not to lose any chance of distributing the books.”

Paula Cajaty: Aiming at ‘the English and American Markets’

The translation grant for O ensino do futebol, the book supported by the grant between Jaguatirica and Al Arabi, was awarded in 2021, Cajaty says, and the Arabic edition came out quickly in Cairo. 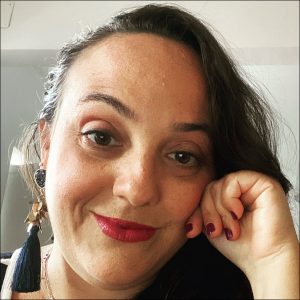 Cajaty points out that the grant “gives international publishers the autonomy to choose and support their own translators.

Jaguatirica not only has expanded its translation work since its founding, but in 2015 opened Gato-Bravo, the company’s press in Portugal. “And now we’re trying to reach the American and English markets,” she says. The company, a frequent presence at international book fairs, is proud to have an author in Massachusetts, one in New York, and two in London, as the bid for an English expansion goes on.

“With this international effort,” Cajaty says, “we already have books published in Mexico, in Egypt, and we’re also going to have a Brazilian book published in Malaysia. Jaguatirica has also become a member of a Chinese Association, the Alliance of International Publishing Education (AIPE), and participates as mentor at a program of the Cercle des Éditeurs with a publishing company in Morocco. ”

In Cairo, Bakr says that the Brazilian grant program “helped us cover a percentage of the translation cost, and we covered the rest of the editing, proofreading, production, and paper costs.” The program provides a fixed amount for each book, she says, “which is easier, somehow, for many reasons,” but perhaps not as workable in the case of a big book. 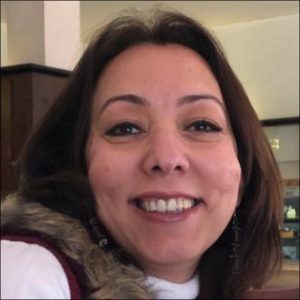 In terms of that risk-taking she describes in choosing a book to translate, “When we like a book, we start working on it, usually—we’ll do it with or without a grant. Sometimes with some books that have a lot of risks, we wait for the grant decision to start working on it.”

As for the three books supported in translation by the Brazilian Publishers grant, Bakr says, “Raphael Montes, the Brazilian author [his book is from Companhia das Letras], we believed in him and in his style of writing and wanted to introduce his formula to the Arab readers. We started with his first novel Dias Perfeitos, and now we are working on his fifth book. He has a lot of fans in the Arab world and he’s considered one of the first steps in our new translation genre, which is crime novels.

“In addition to that,” she says, “the grant has helped us find the right and efficient Portuguese translators, as it’s not that easy since the Portuguese language is not that popular in Egypt.

“So getting the grant aids us not only in choosing and/or selecting the best translator, but even in investing in a new one.

“Moreover,” she says, “and after the increase in the prices of paper and printing supplies due to the global economic situation, the grant has helped us maintain the same quality with suitable prices.”