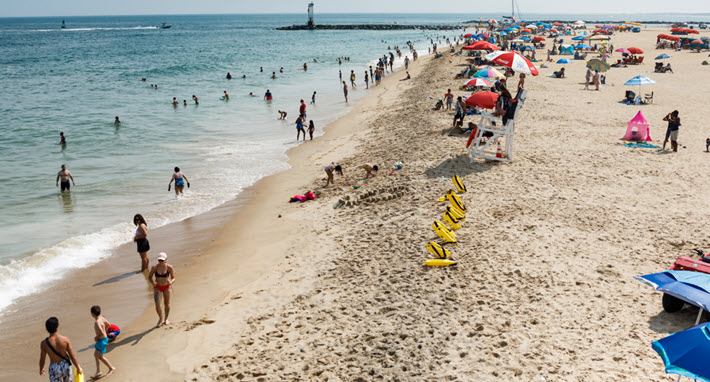 The US market, heading to summer’s end, is stable in print sales, at 457 million units year-to-date, in NPD BookScan’s report. 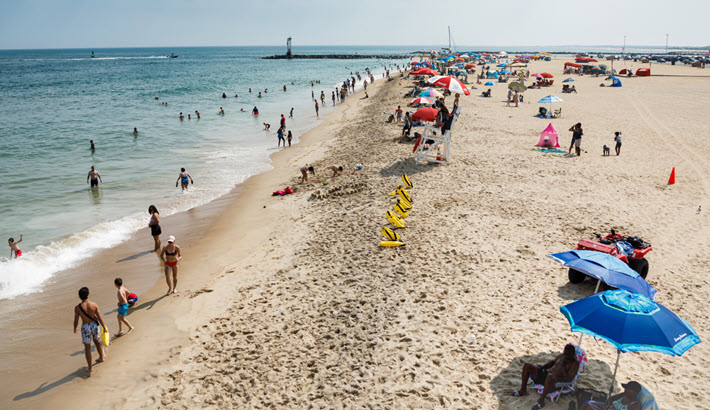 In her interpretation–in what she points out are called “the dog days of summer” in American culture—”The market continues to hold at 6-percent lower for the year-to-date on a weekly volume of 14.2 million units, up 2 percent from last week.

“Sales are at a year-to-date volume of 457 million units,” she says.

McLean also makes an interesting point relative to a quite controversial announcement by Joe Biden on Wednesday (August 24). Biden’s plan for forgiveness of some student-loan debt has triggered a contentious debate among politicians and economists, but McLean steps around the fray to point out that “a package of student loan forgiveness benefits for those earning under US$125,000 a year could generate some optimism heading into the holiday season.”

In her key chart this time, McLean points out, “The market rode a nice nonfiction wave—driven by games and activities—and adult fiction as summer vacations continued.”

She sees no signs that the current market is any softer than it was in the third quarter of 2020 and 2021. And at this point, she reports, year-to-date performance has been “relatively steady since week 15,” which was the week ending April 17. 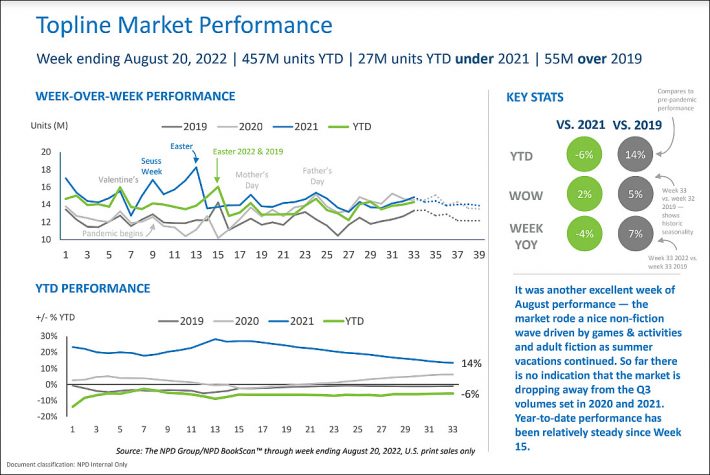 Image: The NPD Group/NPD BookScan, through the week ending August 20, 2022, US print sales only

Publishing Perspectives readers will recall McLean’s recent analysis of the 1974 Dungeons & Dragons tabletop game’s success, linking it to the American market’s fastest growing licensed book property in the second quarter of this year,  Stranger Things as seen in Netflix‘s series.

In her report on bestsellers in the States, she cites Spelljammer: Adventures in Space from the Dungeons & Dragons line, as one of three new releases from the week that moved right onto the charts. 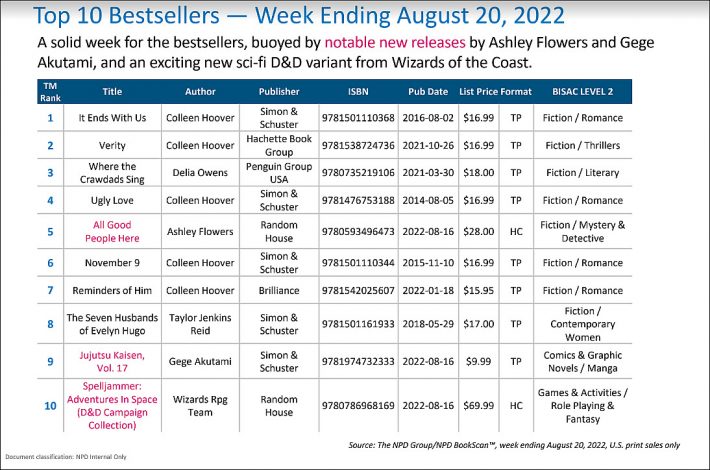 Image: The NPD Group/NPD BookScan, through the week ending August 20, 2022, US print sales only