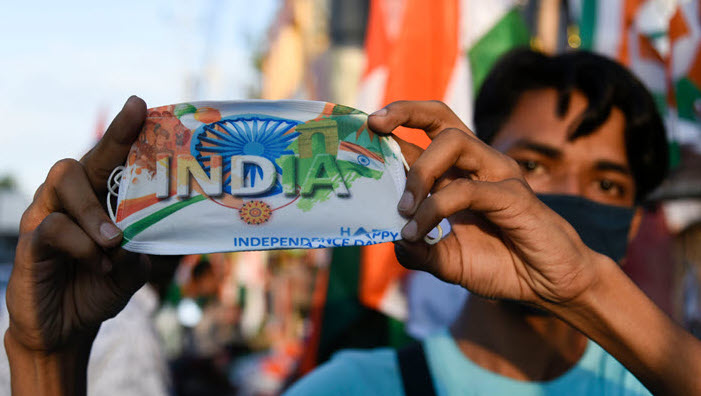 A letter to the Indian president and a collection of writings on the state of democracy are led by PEN International and PEN America. 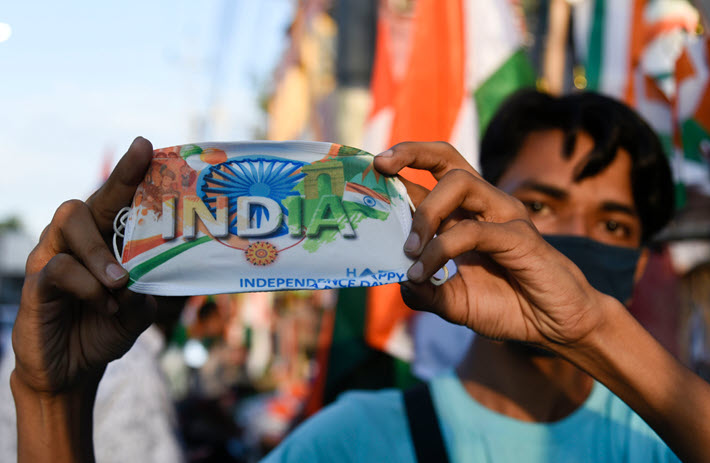 As India marked 75 years of independence from the United Kingdom on Monday (August 15), 102 writers and other creative artists joined PEN International and PEN America in a statement of alarm over “the deterioration of free expression” in the country.

They called for “the release of imprisoned writers and dissident and critical voices” in an open letter to Indian president Droupadi Murmu.

In part, the letter says:

“We write to express our grave concern regarding the myriad threats to free expression and other core rights that have been building steadily in recent years, since the Bharatiya Janata Party-led government has come to power.

“In PEN America’s most recent Freedom to Write Index, India is the only nominally democratic country included in the count of the top 10 jailers of writers and public intellectuals worldwide, with 8 writers jailed in 2021. Authorities as well as private actors regularly use legal action and the threat of legal action against people expressing dissenting views, independent thought, and human rights advocacy.

“Writers and public intellectuals are subject to arrest, prosecution, and travel bans intended to restrain their free speech. Online trolling and harassment are rife, hate speech is expressed loudly, and internet shutdowns centered on Kashmir limit access to news and information for a significant number of people.

“The murders of leading journalists, thinkers, and writers, such as Govind Pansare, Narendra Dabholkar, MM Kalburgi, and Gauri Lankesh, have yet to be fully investigated or prosecuted and no-one has been held accountable for these crimes.”

The Indian-born British-American author Salman Rushdie—the victim of Friday’s (August 12) stabbing attack at the start of a speaking engagement at Chautauqua in upstate New York—was a signatory to the letter. He signed it, of course, prior to the assault.

Rushdie also participated in the creation of a collection of writings for PEN in which authors from India and the Indian diaspora provided commentary on their perceptions of the anniversary and the state of affairs in India today. 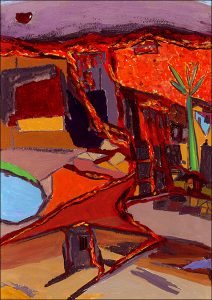 That exercise is called—in alignment so many observances around the world—India at 75, and you can see it here with artwork, Delhi February, by Amitava Kumar.

In recognizing the contributions to this collection from 113 writers, PEN’s Karin Deutsch Karlekar says. “We’re relieved that the conditional release of poet Varavara Rao was made permanent on medical grounds this week, but other writers and public intellectuals including Hany Babu and Anand Teltumbde remain behind bars, and dozens of writers and journalists are subject to state-sanctioned threats and harassment,” in India.

“We urge the Indian government to stop trying to silence dissident voices, to allow free expression without fear of repercussions, and to free writers wrongfully jailed.

“One of India’s great strengths,” she says, “is its linguistic diversity and vibrant literary culture.

“We intend for this collection of original writings by a wide range of essential voices, focusing on the state of Indian democracy on its 75th anniversary, to encourage creative expression at a time when it’s under threat, and celebrate the key role that writers in India and the diaspora play in speaking truth to power and contributing to the public sphere. Despite growing fear and self-censorship, the fact that so many notable writers contributed is testament to the vibrancy of India’s literary community.”

And from Rushdie, you’ll read this in the collection: 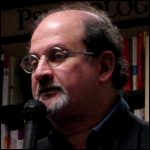 “Then, in the First Age of Hindustan Hamara, our India, we celebrated one another’s festivals, and believed, or almost believed, that all of the land’s multifariousness belonged to all of us. Now that dream of fellowship and liberty is dead, or close to death.

“A shadow lies upon the country we loved so deeply. Hindustan isn’t hamara any more.

“The Ruling Ring—one might say—has been forged in the fire of an Indian Mount Doom. Can any new fellowship be created to stand against it?”