Alarms raised in many parts of the publishing value change—and from many markets—tell of a deepening crisis. 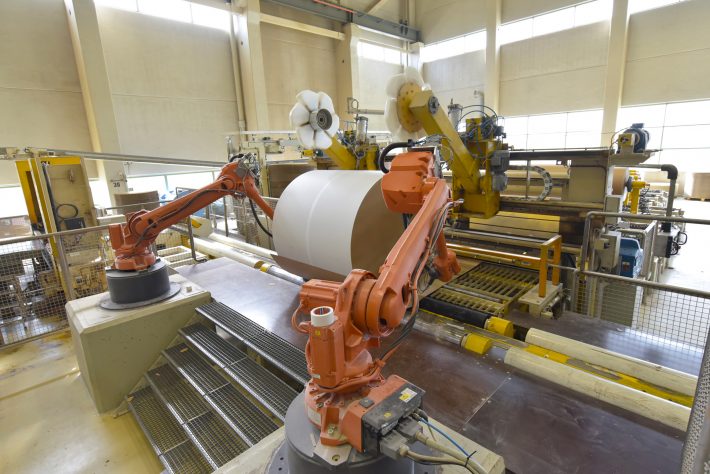 Production of printing paper. In many world book markets publishers face price and supply challenges that seem to be deepening in many instances. Image – Getty iStockphoto: Industry View

German producer prices overall jumped at their fastest rate on record in July, according to Miranda Murray and Paul Carrel for Reuters Berlin today (August 19)—something sure to be a topic heard throughout the Messe at Frankfurter Buchmesse (October 19 to 23). After all, the paper crisis, from shortages to surging prices, is

“Producer prices—a leading indicator for inflation—surged 37.2 percent on the year,” Murray and Carrel report, “the biggest rise since records began in 1949,” as announced by the federal statistics office. “The month-on-month rise, 5.3 percent, was also the highest on record.”

And at Börsentblatt today (August 19), our colleagues are reporting the comments of Wolfgang Poppen, publisher of the Badische Zeitung and president of the printing and media association.

“We’ve now reached a point where we have to be careful that the print business is still profitable in view of the dramatic price increases,” Poppen has warned.

Not least, he says, because newspaper, magazine, and book publishers would have little opportunity to pass on the increased paper costs to readers or advertisers, “For the German press landscape, this is now a serious threat,” Poppen says.

He has added that the digital acceleration toward non-paper-based products—a pace in part exacerbated by effects of the coronavirus COVID-19 pandemic—doesn’t reduce the attractiveness of print for consumers, but a growing digital focus “reduces the accessibility of the readers and endangers freedom of expression and freedom of the press,” according to Börsenblatt’s reportage on Poppen’s viewpoint. 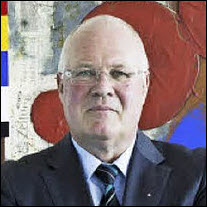 “We have found that many of our customers have reached the economic limit of being able to support price increases,” Poppen is quoted saying. “Printed brochures are still one of the most important retail tools to draw the attention of large numbers of customers to offers. Especially in times of rising prices, they’re an important source of information for consumers when planning their own purchases.

“It’s therefore regrettable to see that more and more printers are complaining about order reductions,” Poppen says, using observations developed in a survey his team has conducted.

Poppen and his team are appealing to paper manufacturers to come through with promised levels of product delivery, Börsenblatt’s report says, especially after unexpected price hikes in “graphical” papers used for books and other media-industry printing.

In a parallel report today by Peter Dennis in the waste-resources trade magazine Circular, it’s mentioned that even the European market for “recovered paper”—recycled materials—is looking at a 25-percent drop, meaning that packaging producers in Europe are having trouble as demand for packaging goods dives. (There are two major paper-production channels, one that produces paper from wood pulp, the other being the recovered/recycled production model.)

“For August, each of the German packaging mills announced an recovered-paper reduction of 20,000 to 50,000 tonnes, or close to 15 percent down from normal offtake. In addition, several paper mills have brought forward or extended their necessary inspection and shutdown periods.”

There’s an irony here, in that during the deepest lockdowns of the pandemic, many paper producers had worried about the “flight to digital” by consumers meaning less paper demand—only to discover that demand for paper-board shipping-box production shot up, just in time. 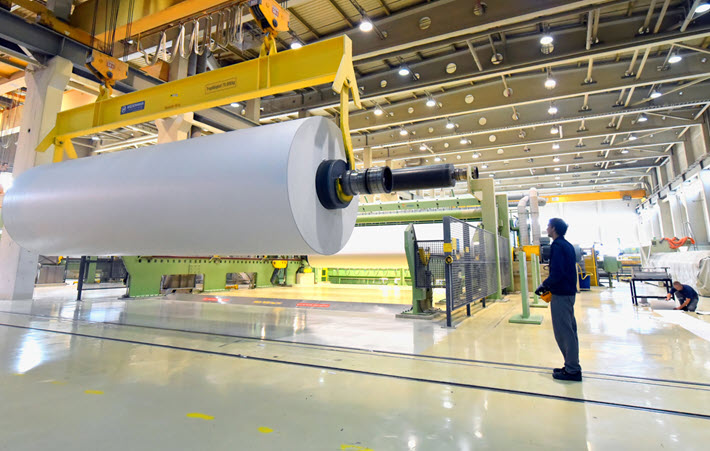 In Bangladesh, a Saturday article for August 20 is reporting that “Publishers of academic and creative books, who have already braved two years of rough water during the COVID-19 pandemic, are now faced with a fresh hard time due to the hike in paper and ink prices as well as printing and binding costs.”

“We’ve now reached a point where we have to be careful that the print business is still profitable in view of the dramatic price increases.”Wolfgang Poppen

Kamrun Nahar Sumy in NewAge Bangladesh writes, “Paper prices have shot up in the past few months,” according Indian publishers who say that locally produced 80 GSM offset paper now costs 2,800 Bangladeshi taka per ream, up from 1,700 to 1,800 taka in April.

At the Irish Times, Laura Slattery reported on Monday (August 15) on “surging” prices for newsprint, the news medium’s reflection of the book industry’s struggle. The “graphical papers” required for quality printing in the book industry are just one part of the widening concern.

Clearly an issue rippling back and forth through the international markets of book publishing, it’s telling to remember that it was in October last year that Constance Grady at Vox was introducing consumers to the idea of buying gift books for the holidays very early. She covered for lay consumers everything from the upturn tracked by NPD in the demand for print to the loss of major printing presses in the American market, pulp shortages, labor shortages, and those complex shipping issues shared with many unassociated industry sectors across the economy.

It’s that story in which we found one of James Daunt’s best (and typically) sage comments, from his unique position in leading both Barnes & Noble and Waterstones. “The thing for bookshops is, we’re amped for books,” he told Grady. “So if we don’t have one book for you, we’ve definitely got plenty of alternatives to suggest.”

The cost of doing business—the book publishing business—is expected to be one of the many topics looked at in the B2B-focused Publishing Perspectives Forum we’re producing at Frankfurter Buchmesse (October 19 to 23) on the first two days of the trade show’s week.

You’ll find details appearing as quickly as we can announce them here.

The Forum’s extensive programming will be open to all trade visitors and exhibitors at Frankfurt Book Fair on October 19 and 20, with key professionals from the international industry appearing from 10 a.m. throughout the day.

And follow our special section on Frankfurter Buchmesse here, updating daily with stories and features relative to the 74th iteration of the fair and its fast-growing cohort of more than 4,000 exhibitors from more than 80 nations.