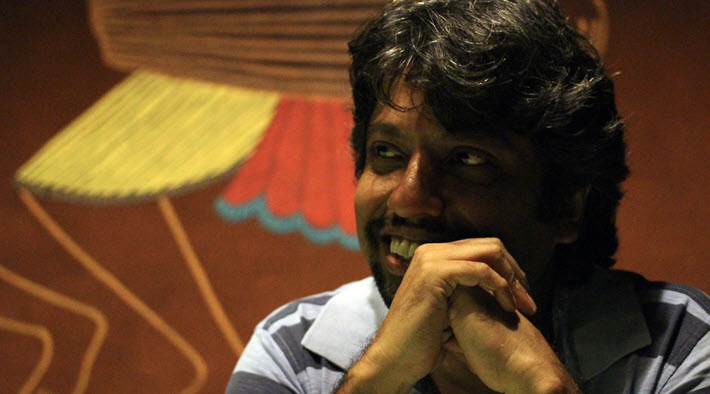 On India’s Independence Day: ‘Literature is still considered very much a luxury’ in this market. Rahul Soni is a Frankfurt Fellow for 2022. 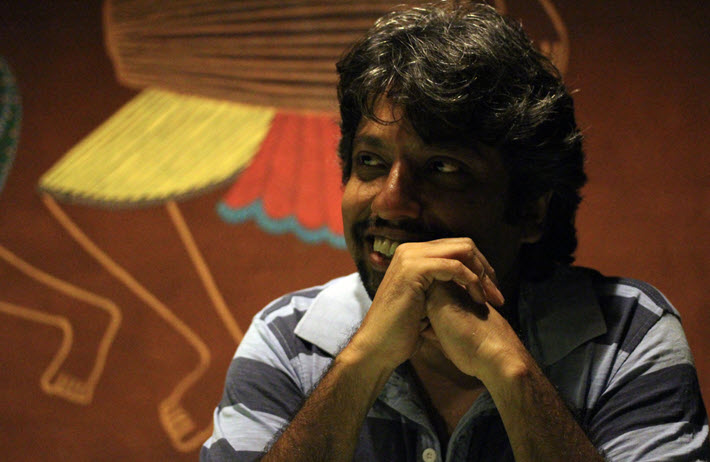 ‘This Is What I Knew To Do Best’

As regular Frankfurter Buchmesse-goers know, the Frankfurt Fellowship is one of the longest-standing such programs offered during the trade show. It’s based on the Zev Birger Editorial Fellowship Program in Jerusalem, which in May had a strong showing both of new fellows and alumni during the Jerusalem International Book Forum, Frankfurt’s edition having been founded in 1998 to mark the 50th anniversary of the fair.

Fellows are publishers, editors, rights directors, and literary agents from many parts of the world. Each year they arrive in Germany ahead of the trade show (October 19 to 23 this year), and in specially arranged programming are introduced to publishing houses as well as to literary agencies, and bookstores, while engaging in market presentations, matchmaking events, and networking sessions in Berlin as well as Frankfurt.

They then, of course, are on hand for the fair before returning to their home markets with a new experience of the industry’s international dynamics.

Today, we hear from one of the fellows chosen for this year’s program. Rahul Soni is an executive editor with HarperCollins India, which is led by CEO Ananth Padmanabhan. Soni says that in Frankfurt, in terms of content he’s keen on finding, he’ll be especially interested in work that has “a very strong India/South Asian connect.

“I’d also love to spread the word about some of the truly outstanding work that we’ve originated,” he says, “whether originally written in English or translations from other Indian languages.” Much of this work, Soni says, “deserves a global audience.” 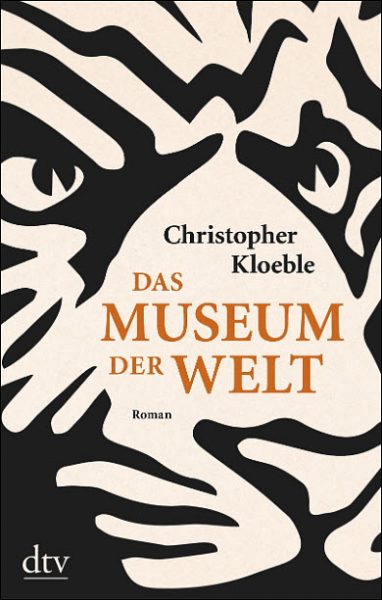 The timing of the trip is good for Soni, because in November, he says, “We’ll be publishing a translation of The Museum of the World” (Das Museum der Welt) by Christopher Kloeble (DTV, 2020).

“It’s a fascinating work,” Soni says, “that came to us as a submission from the author and translator, Rekha Kamath Rajan. It’s a novel based on the true story of a scientific expedition by three Bavarian brothers, the Schlagintweits, through the Indian subcontinent, around the time of the 1857 uprising here. It’s a story about science and colonialism,” he says, “narrated by a half-Indian, half-German orphan from Bombay–a remarkable fictitious character and a remarkable voice.

Das Museum der Welt has done well in Germany, he says, and is being adapted for television.

“As you can see,” he says, “the Indian connection of the story is very strong, and the themes are very relevant for an Indian audience. And it’s a wonderfully written, wise, exciting work. When I read it, I thought it could potentially do really well in India too.”

‘A Love for Words’

Soni says he was drawn to books and a career in publishing, “as with most of us, I suspect—it’s a love for words that brought me to publishing. And perhaps the suspicion that this is what I knew to do best.

“I started, along with a friend, the journal Pratilipi, and I’ve been associated with the journals Almost Island and Asymptote, with the international writers’ residency Sangam House, and the literary agency Writer’s Side.

“During that time, I did everything from evaluating manuscripts to editing and ghostwriting; from designing covers to laying out books to producing them; running a small press; organizing conferences and literary gatherings. Finally in 2017, after having been in ‘indie’ circles for almost 10 years, I joined mainstream trade publishing by taking the role of senior commissioning editor at HarperCollins India.”

When asked what parts of the job might have surprised him by going better than he might have expected, Soni replies with a wry answer, “Are there ever pleasant surprises?”

In truth, though, it’s the still ongoing coronavirus COVID-19 pandemic he references. “More seriously, while the pandemic did hit the publishing market here very hard, as it did every aspect of our lives—especially since we’re still a very heavily print-dominated market—I think it did manage to spring back really well after the worst of the pandemic waves passed and the various restrictions progressively were reduced.”

Asked the question that only journalists love—what keeps you up at night?—Soni speaks far beyond the borders of his own enormous market. His answer is one we hear echoed in many parts of the international industry.

“They’re looking for works that have utility, that will help improve their lives in some concrete immediate way.”Rahul Soni

“I think the biggest challenge for me—for literary publishing in India—is that of finding an audience,” he says.

“While the market for books is huge here, the audience is still an aspirational one. They’re looking for works that have utility, that will help improve their lives in some concrete immediate way, or at least hold out the promise to, books that will teach them things or that will reaffirm their existing convictions and beliefs rather than challenging them.

“Literature is still considered very much a luxury” in the Indian market, Rahul Soni says, “which one may not agree with but it’s understandable in a nation that’s still struggling economically and on many basic indices of development.” 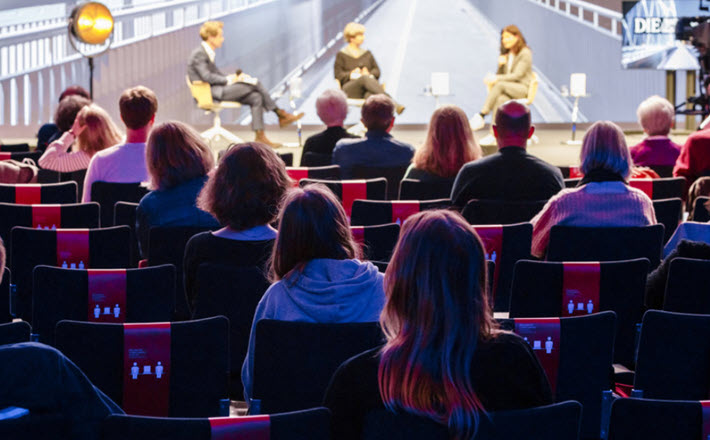 A session at Frankfurter Buchmesse 2021 in the Festhalle. Image: FBM, Marc Jacquemin