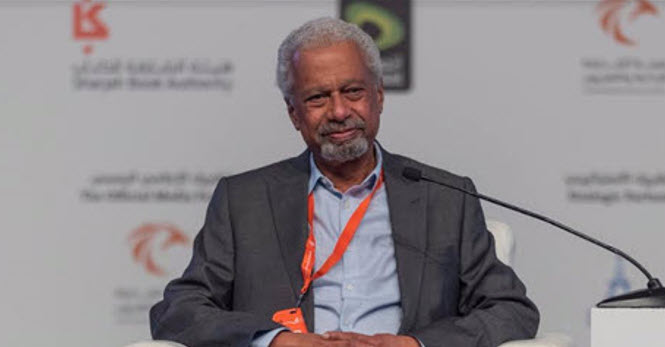 At Frankfurter Buchmesse this year: a trade fair supportive of free expression, diversity, and those who interpret these concepts for us. 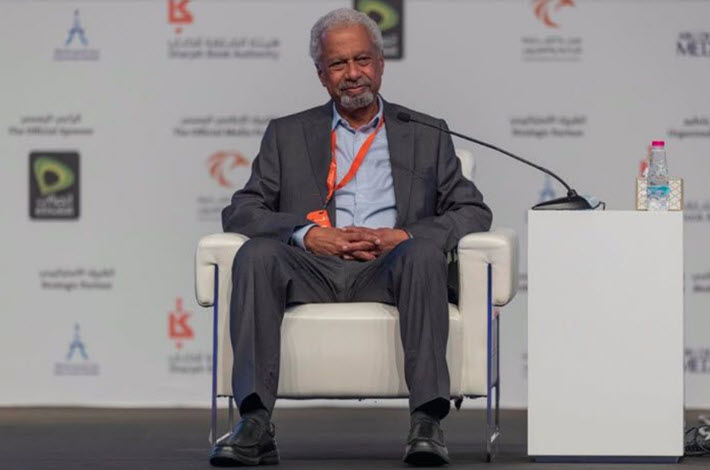 The winner of the 2021 Nobel Prize in Literature, Abdulrazak Gurnah is among as many as 80 authors who will speak in Frankfurter Buchmesse’s popular Blue Sofa forum in October. Image: Publishing Perspectives, Porter Anderson at Sharjah International Book Fair

In our Wednesday report, we looked at the climbing exhibitor numbers for Frankfurter Buchmesse (October 19 to 23) as registration passes the 4,000 mark, the 80-nation reach of that cohort, the sellout in the Literary Agents & Scouts Center (LitAg), and president and CEO Juergen Boos‘  emphasis on seeing the 74th edition of Frankfurt “stand for diversity, for plurality, and against any kind of discrimination.”

Today (August 18), we look deeper into some of those guiding principles, into more of the programming playing into this year’s preparation, and some of the funding that’s making this year’s fast-growing trade fair possible.

You’ll remember that this is a fund set up in 2020 by Berlin to strengthen the book and publishing industry and to support Buchmesse, the sector’s most important and internationally influential event as the impact continues from the still ongoing coronavirus COVID-19 pandemic. 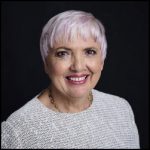 What this funding means on the ground is that exhibitors–both those with their own stands and those participating in roughly 70 collective stands are eligible for fee-reduction assistance of up to 30 percent, calculated on the size of the stand. Special emphasis has been placed on exhibitors with smaller stands, part of the drive to be sure the fair reflects the diversity of the world publishing industry.

Exhibitors can expect more detailed information on this soon, organizers tell us.

This trade fair’s stress on translation, so central to the industry’s internationalized arts and business, today is reflected in the program’s main slogan Translate. Transfer. Transform. The role of translators as cultural and linguistic mediators will be highlighted, as will the concept of “translation” when the issue is adaptation of literary content to sister media including film, television, gaming, and so on.

VDÜ, the German translators’ association, will be staging a program at the fair’s International Translation Center in Hall 4.0. Programming is expected to involve the role and visibility of translators, the trend in publishers’ use of “sensitivity readers,” and postcolonial translation.

Publishing Perspectives readers are familiar with the #FreeAllWords initiative led by European writers to see Ukrainian and Belarusian writings published, bringing to light content from “countries under pressure.” Author Nina George, president of the European Writers’ Council, will be presenting this new program.

Addressing Discrimination: A Code of Conduct

The trade fair’s administration has stated, “Frankfurter Buchmesse wants to ensure that all participants have a good experience at the fair – regardless of gender or gender identity, sexual orientation, disabilities, ethnic heritage, nationality, age, language, religion, or ideology.”

To that end, a code of conduct has been drawn up, and you can download it here (PDF).

In building its stance on this, Buchmesse is being advised by Bund für Antidiskriminierungs und Bildungsarbeit e.V. (BDB), the Association for Anti-Discrimination and Educational Work, as it raises awareness and develops what measures should be taken. In addition, a three-member “awareness team,” consisting of association staff, will be present on the fairgrounds during the week of the fair.” They’ll be on-hand to receive any complaints of harassment, and visitors will be able to find the awareness team’s operating base in Hall 4.0. 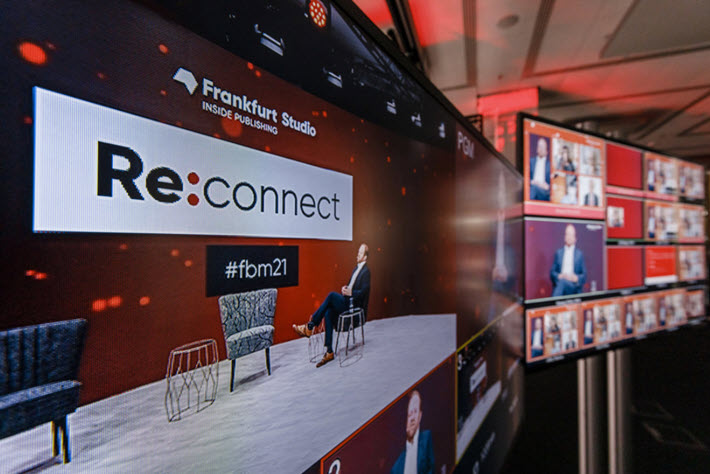 Nielsen’s Andre Breedt on the set in the Frankfurt Studio in 2021. The studio returns this year, with live-audience capacity for each session of up to 150 people, free of charge for trade visitors and exhibitors. Image: FBM, Marc Jacquemin

In Wednesday’s story, we looked at programming venues including the Publishing Perspectives Forum, the digital MasterClass series, and “The Hof,” as well as a half-day Frankfurt Kids Conference. 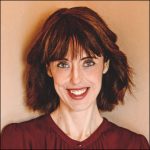 An extensive program of appearances and discussion is planned as part of the Guest of Honor Spain pavilion’s presentations throughout Frankfurt week in Messe Frankfurt’s Forum.

Among authors featured in Spain’s delegation is the classicist Irene Vallejo (Infinity in a Reed, which has been translated into more than 30 languages).

In addition, Frankfurt Studio returns for a second year, in Hall 4.0’s Room Europa. Unlike last year’s program, the studio facility—in essence a television production unit—will welcome trade visitors to be live audience members for events that interest them, with room for some 150 people to view a given session.

While the full programming outline is still coming into focus, Data in Publishing will be a focus of the program on Wednesday, in which the World International Property Organization (WIPO), the Federation of European Publishers (FEP), and BuchReport, among others, will participate.

Also on Wednesday, a special executive talk with a major international CEO will be featured on the Frankfurt Studio set, a presentation of Publishing Perspectives.

On Thursday, 20 October, the program in the Frankfurt Studio will be dedicated to academic publishing, with panels hosted by Wiley-VCH, ProQuest, Taylor & Francis, and Copyright Clearance Center (CCC), among others. 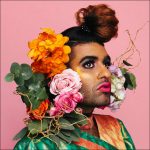 In addition to talks organized by the European network of book fairs Aldus Up, the “STARTS Day” will again take place in the Frankfurt Studio: on Frankfurt Friday, October 21.

A further highlight is scheduled for 23 October, the Sunday of Frankfurt week: Alok Vaid-Menon (known simply as Alok in the States) will present their new book Beyond the Gender Binary (Penguin Random House, published in Germany by Zuckersüß Verlag). Alok Vaid-Menon is a gender non-conforming writer, performance artist, and public speaker who has been featured in a good deal of media discussion of issues in sexuality.

Events in the Frankfurt Studio will be available soon in Frankfurt’s online calendar.

Media Partners and Their Author-Guests 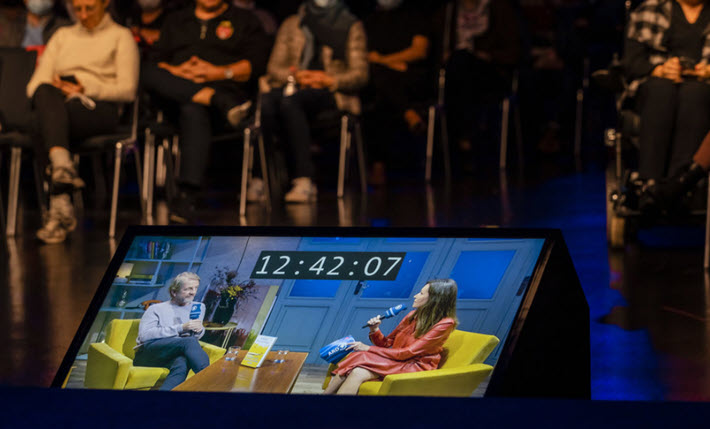 In an ARD presentation in 2021, the topic is Sönke Wortmann’s literary debut. Image: FBM, Marc Jacquemin

The ARD stage—a performance space presented by a consortium of German broadcast outlets—will return this year to the Forum. Authors and media personalities are expected to be speakers, the “Sheroes” series again part of the scene with climate activist Luisa Neubauer and economist Maja Göpel. 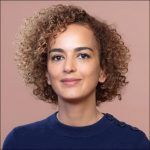 Additional guests appearing on the stage are expected to include Francis Fulton-Smith, Leïla Slimani—just named chair of the International Booker Prize jury—Liao Yiwu, Judith Holofernes, Richard David Precht, and the winner of the 2022 German Book Prize. 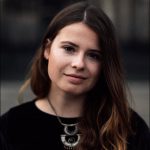 The German Children’s Literature Award is to be featured on the Blue Sofa for the first time, when nominee Kirsten Boie discusses the award with two experts from the jury.

The Frankfurter Allgemeine Zeitung, the weekly Die Zeit and radio broadcaster Deutschlandfunk Kultur also are planning programs. In addition, the Swiss newspaper Neue Zürcher Zeitung and business magazine Brand Eins will each have a stand at Frankfurt. 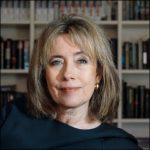 ARTE will host three events dedicated to their project Et maintenant? International Festival of Ideas for Tomorrow in the Frankfurt Pavilion.

And, of course, BookFest—the municipal outreach program that places Buchmesse-driven public events into 20 venues around the city of Frankfurt—will be presented, again with introductions and hosting by the publishers of authors appearing. Scheduled so far are Elvira Sastre, Najat El Hachmi, Isaac Rosa, José Ovejero, Rosa Ribas, Guest of Honor Spain being prominently represented. The BookFest program should soon be online at Buchmesse’s site.

Previously: With more than 4,000 exhibitors registered to date, “the book industry’s leading trade fair” is again demonstrating its “dominant position in the business.“

Meanwhile, find ticketing information for Frankfurter Buchmesse here, with a story on it here.