The award for Jane Kurtz – and Iran’s Zohreh Ghaeni – will be presented at IBBY’s International Congress in Malaysia. 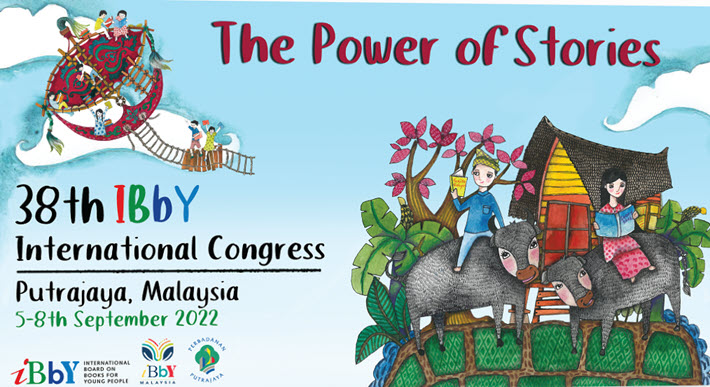 The International Board on Books for Young People holds its 38th International Congress in Putrajaya, September 5 to 8. Image: IBBY

‘The Challenges of Multiple Official Languages’

Jane Kurtz, who directs the “Ready Set Go Books” program of Seattle’s Ethiopia-focused Open Hearts Big Dreams literacy nonprofit, is to be named International Reading Promoter by the International Board on Books for Young People (IBBY).

The honor is to be conferred during the upcoming 38th IBBY International Congress in Putrajaya.

As part of the award, Open Hearts Big Dreams will receive funding as the charity that Kurtz logically has chosen to be the recipient of this part of her prize.

The award was established by IBBY with the Shenzhen iRead Foundation, a Chinese literacy organization, and it’s given every two years, a jury choosing people who “have demonstrated a commitment to exploration, innovation, and a sense of responsibility and dedication to  cultivating a love of reading and competency in children.”

In each of the biennial award’s iterations, there are two winners. Kurtz this year is one, and the other is Zohreh Ghaeni of Iran. IBBY reports that Ghaeni is a children’s literature expert, lecturer, researcher, and major reading promoter.

She has worked as a teacher in rural areas of Iran, studied librarianship and information science at the Open University in Tehran and is now the co-founder and director of the Institute for Research on the History of Children’s Literature in Iran founded 20 years ago, which is a non-governmental and non-profit organization.

Kurtz is a volunteer whose efforts in international literacy have spanned two decades. 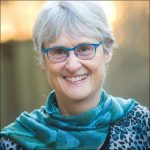 You can see her discussion of the “Ready Set Go Books” program on her site. She explains that these are bilingual books, and on the Open Hearts Big Dreams site, you can see some 128 titles, in English and Amharic, for example, as well as English and Tigrinya, English and Afaan Oromo, English and Anuak, English and Kiswahili, and English and Somali.

“In 15 years of volunteering for Ethiopia Reads,” her backgrounder recounts, Kurtz “saw how desperately all NGO projects that have an educational component were starved for local language books.

“She also saw how her own Ethiopian-American grandchildren didn’t have resources in their lives and schools that would help them celebrate their Ethiopian heritage.

“In 2016, she and her sister Caroline traveled back to their childhood home of Maji, Ethiopia, with a group of writers and visual artists. They brainstormed about how to start creating easy-to-read, appealing, colorful books that would be filled with details of Ethiopian geography, history, proverbs, and daily life.”

The resulting collection forms the basis of the work that Kurtz has contributed to Open Hearts Big Dreams, for which she’s being honored.

Sylvia Vardell, jury chair for the Reading Promoter honor, is quoted, saying that Kurtz has “planted the seeds of literacy all over Ethiopia.” Kurtz’s work, she says, “addresses the challenges of multiple official languages; the lack of books reflecting Ethiopian culture, history, and landscape; obstacles in the translation, publication, and distribution process; and the insufficient professional opportunities for educators and librarians.”

Kurtz, who lives in the States, in Portland, Oregon, is an author of children’s books, herself, and is on the faculty at Vermont College of Fine Arts in children’s and YA literature.

This is the 150th awards-related report that Publishing Perspectives has carried in the 160 days since our 2022 operations began on January 3.