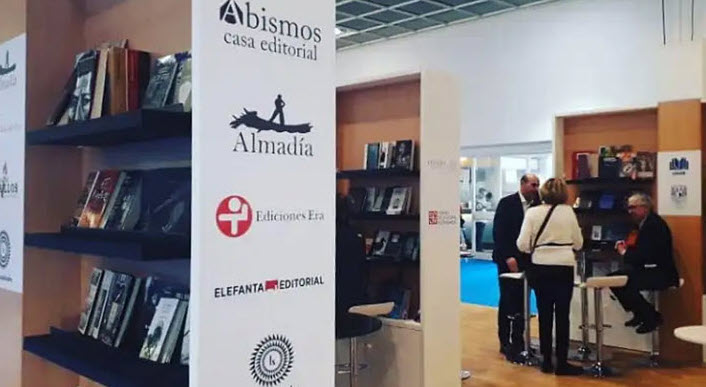 In a third and final interview, a Brazilian and a Mexican publisher talk about the support of the Brazilian Publishers Translation Grant. (Sponsored) 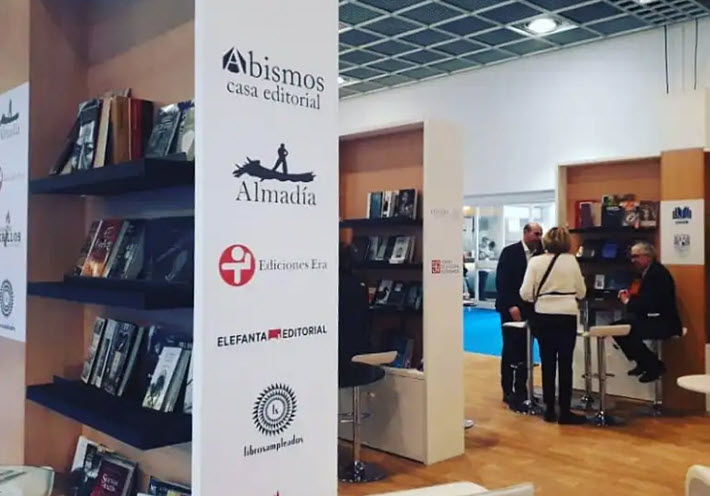 ‘To Remain Current and Connected’

As Publishing Perspectives readers will recall from our story on Brazil’s Editora Pallas and Mozambique’s Trinta Zero Nove—and our follow-up looking at Rio’s Editora Jaguatirica and Cairo’s Al Arabi Publishing and Distribution—publishing houses in Brazil are expanding their visibility and sales in world book markets with international publication rights sales supported by the Brazilian Publishers Translation Grant (PDF).

Brazilian Publishers is the organization led by manager and international relations lead Fernanda Dantas and very familiar to Publishing Perspectives readers for its framework of support for Brazil’s literature and its growing place in international markets.

In today’s exchange (August 31), we hear from Sidharta Ochoa, the director of Mexico’s Editorial Abismos, and from Gilsandro Vieira Sales of São Paulo’s Editora do Brasil.

“This kind of grant,” Ochoa says about the Brazilian Publishers Translation Grant, “eases things out for publishers and readers who want something more than just market value” in the titles they choose. 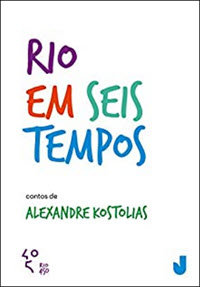 In this case, two books are our focus, their titles here in Brazilian Portuguese and then in Spanish:

As Ochoa tells us, Jelichovski’s The Governor of the Wilderness was published in 2019 on the translation grant program to time with Marisol Schulz’s Guadalajara International Book Fair.

And Kostolias’ Rio in Six Tempos was published “during the midst of the pandemic in 2020.”

Ochoa tells Publishing Perspectives, “My publishing company started in Tijuana,” in the Baja California of Northern Mexico, “and we were founded in the year 2011. 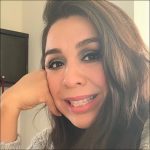 “We started doing philosophy ebooks for free consultation, then I started publishing literature with authors from Mexico City—to which I eventually moved back and then back to Baja California a couple of years ago.”

From that base in northern Mexico, “The publishing house grew to other states in Mexico, which is a big and diverse country,” she says, “with our main focus on fiction and poetry. At that point, I was selling on-demand” in local retail settings.

“Later I went to Frankfurter Buchmesse with the help of a publisher’s grant given to us by the Mexican Government and the secretary of culture. Our company and four other Mexican publishers were included. And this opened a whole new world of opportunities and I started translating more literature from French, Portuguese, Latvian, German, and English into Spanish.”

“And I’m planning to keep doing this job.”

In terms of challenges in her market, Ochoa says, “The challenge that I see is getting to the novelty table at bookstores, since independent libraries have been disappearing it’s increasingly difficult to get to the reader. For me it was a key factor to get to Casa Refugio Citaltépetl at Condesa back in the days at Edgar’s Krauss bookstore, because this catapulted my small publishing house (using rudimentary designing techniques when I started), to quality public interested in the pleasure of literature and not just on bestsellers.

At Brazil’s Editora do Brasil, Sales says he has also had a good experience in working through the Brazilian Publishers’ translation grant, in his case with the Argentinian house Gerberea Ediciones in Buenos Aires’ Boedo district. 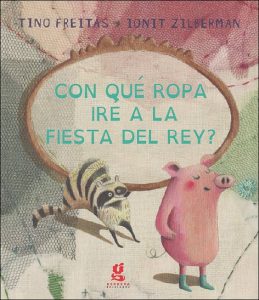 Tino Freitas and Ionit Zilberman’s Com que roupa irei para a festa do rei (What Clothes Will I Wear to the Royal Festival?, 2019) is one book published with the support of the grant, and another is Em algum lugar do mundo (Somewhere in the World).

In each case, Sales says, the grant covered about  US$2,000, and “This was essential,” he says, “for the Argentinian publisher to be able to publish our titles there.

Editora do Brasil was founded in 1943 and is among the largest Brazilian companies in the young readers sector. “We are striving to remain current and connected,” Sales says, “strengthening education and culture nationally and abroad.”

A part of the effort has to do with stressing diversity, he says, and “offering a variety of themes by some of the best authors and designers. 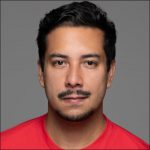 “Right now we are working with a Turkish publisher that just got a grant.” That’s Beyaz Balina in Istanbul

“This form of support,” he says, “is a very good way to establish more partnerships abroad and make our publishing house better known.

“For us,” Sales says, “it’s a big satisfaction to see our books published in other languages and countries.”

And for her part, Ochoa says that getting the Brazilian Publishers Translation Grant assistance proved to be “quite helpful to build a bridge between Brazilian culture and some circles of independent publishers in Mexico.

“Despite being published the during pandemic with sales plummeting, we reached an audience in public libraries in Northern Mexico and Central Mexico.

“I would definitely try this grant again.”