The Moore Prize for Human Rights Writing honors fiction and nonfiction with a longlist of titles you may not know.

There are 13 titles on the longlist released this week by the Christopher G. Moore Foundation, which has operated since 2015 as a charity in the United Kingdom.

The foundation is the eponymous creation of a prolific Canadian writer who has lived in Thailand for at least 25 years and is appreciated by readers of Dashiell Hammett-style noir set in his adopted Asian milieu. This may not be what you’d anticipate in an author whose foundation awards “the values of human rights and literary excellence in fiction and nonfiction,” but that, in fact, is what the Moore Prize for Human Rights Writing honors.

“Each longlisted book” this year “has been chosen because of its ambitious, brave, and original approach to highlighting crucial human rights issues across the world and because of the high quality of its  writing.”

The longlisted titles this year are said by the foundation to cover “a wide range of human rights issues: freedom of thought and speech; refugee education; homelessness and isolation; marginalization and discrimination related to work, race, gender or religion; migrant issues; the Uyghurs of China; the roots of  racism; war; the Black Lives Matter movement; dictatorships and women’s health; and marginalization in  developing countries.” 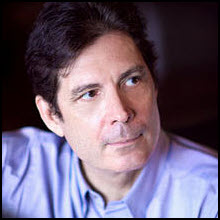 In a prepared statement, Moore says, “This year around 50 books were submitted  from publishers across the world.

“Our hope is this longlist of books will bring attention to the  conditions and circumstances of the most vulnerable members of the international community.

“The common thread is the danger of what happens when basic human rights protections are violated”–something we seem to be finding out in life quite a lot these days, and in many of world publishing’s markets menaced by authoritarianism, intolerance, hyper-conservative political efforts, and violence.

This is Publishing Perspectives’ 125th awards-related report produced in the 127 publication days since our 2022 operations began on January 3.