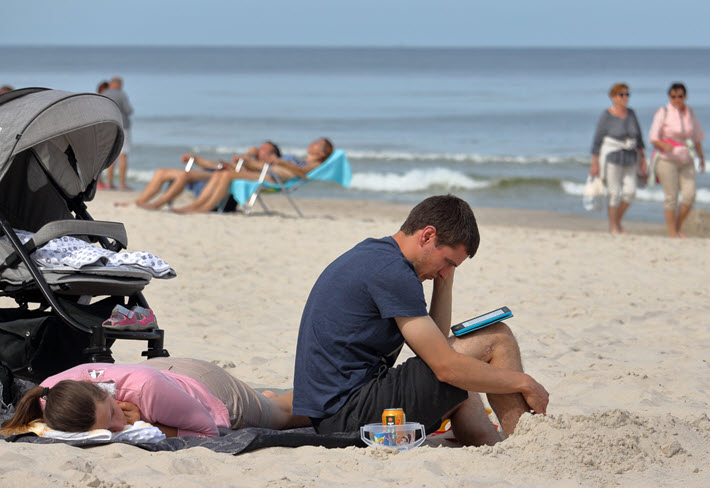 See also: NPD BookScan for June: Another View of the US Market

Trade Sales Down 8.9 Percent in April

In its April 2022 StatShot report released this morning (July 11), the Association of American Publishers (AAP) cites total revenues across all categories down 12.6 percent over April of 2021, at US$788.3 million.

The April figures exclude PreK-12, but include higher education course materials; professional publishing; and university presses. PreK-12 data has, once again, been delayed, and the program expects to update when it becomes available.

In year-to-date revenues across all categories except PreK-12, AAP reports that the numbers were down 2.3 percent, at US$3.8 billion for the first four months of 2022.

Trade (consumer books) sales were down 8.9 percent in April, at US$685.7 million 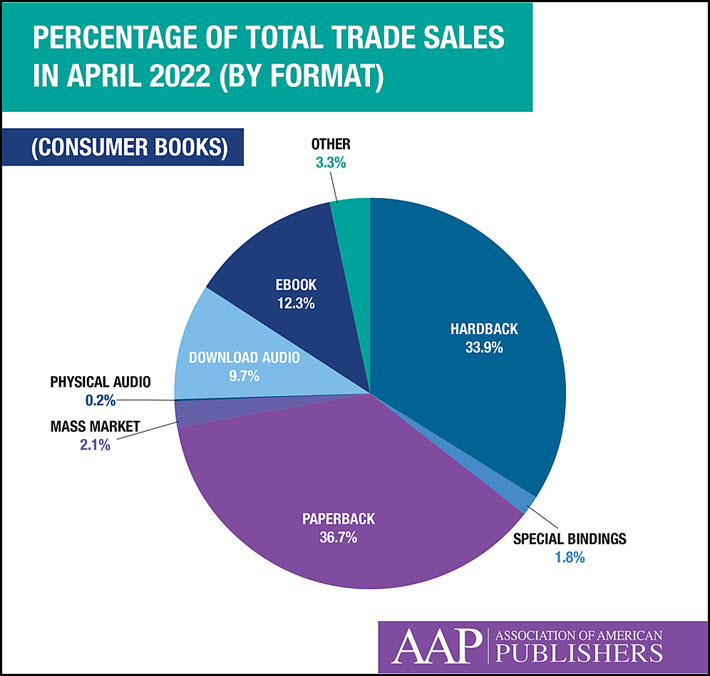 As we point out with each of these reports, amid the perfectly understandable enthusiasm for downloaded audio, it’s good for perspective to note that in April’s figures, downloaded audio accounts for 9.7 percent of the overall trade market in this April assessment. For a nearby comparison, you’ll see that ebooks came in at 12.3 percent.

Year-to-date, the industry’s trade revenues were down 1.0 percent, at $2.8 billion for the first four months of the year.

Religious press revenues were down 13.1 percent in April, coming in at $48.6 million.

On a year-to-date basis, religious press revenues were down 6.9 percent, reaching $235.6 million.

During April 2022, revenues from higher education course materials were $59.9 million, down 43.2 percent compared with April 2021.

Professional books, including business, medical, law, technical and scientific, were down 2.4 percent during the month, coming in at $34.2 million.

Year-to-date professional book revenues were $124.6 million, down 8.6 percent as compared to the first four months of 2021.

We’ll quote here the proverbial fine print provided on methodology for this report. We’ve edited only slightly, to minimize promotional language and to do away with a few institutional capitalizations.

“AAP StatShot reports the monthly and yearly net revenue of publishing houses from US sales to bookstores, wholesalers, direct-to-consumer, online retailers, and other channels. StatShot draws revenue data from approximately 1,366 publishers, although participation may fluctuate slightly from report to report.

“Monthly and yearly StatShot reports may not align completely across reporting periods, because: (a) The pool of StatShot participants may fluctuate from report to report; and (b) as with any business, it’s common accounting practice for publishing houses to update and restate their previously reported revenue data. If, for example, a business learns that its revenues were greater in a given year than its reports first indicated, it will restate the revenues in subsequent reports to AAP, permitting AAP in turn to report information that is more accurate than previously reported.”