The Spanish book market is reporting revenues of €2.5 billion in 2021, a gain of 5.6 percent over 2020, but some softening in overseas trade. 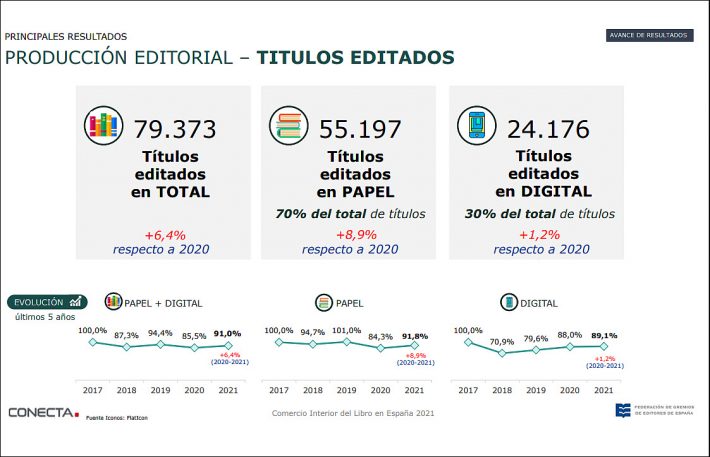 This welcome jump in sales in 2021 is the largest annual increase in turnover achieved in this century by the Spanish book market. It is better by 2.4 percent than the increase seen in 2020 over 2019. It also sets a strong, upbeat tone for the Guest of Honor Spain programming now in final preparation for Frankfurter Buchmesse (October 19 to 23).

Several further top-line points from this new “internal trade” analysis from the federation: 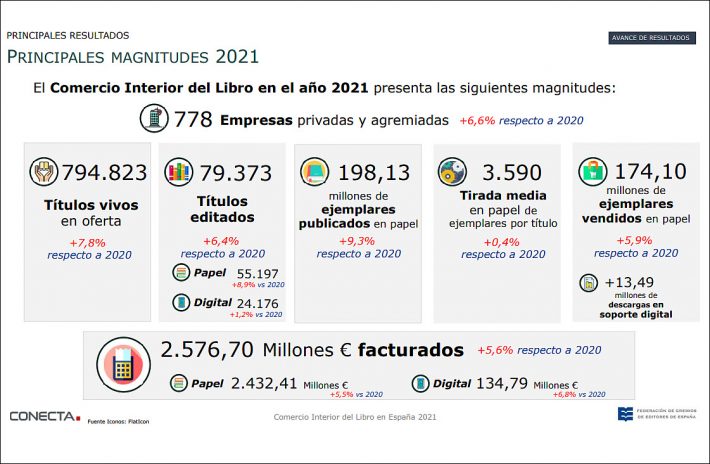 Nevertheless, the new Spanish publishing report indicates the timeliness of Spain’s appearance as the featured market at Frankfurt, a role that annually presents the guest-of-honor country with a major advantage in international rights deals and translation opportunities. The year 2021, as it happens, showed a slight step back in Spain’s international rights sales revenue, 0.7 percent below those of 2020. In 2021, the market registered €388.9 million (US$398.2 million) as compared to €391.7 in 2020 (US$401.2 million). 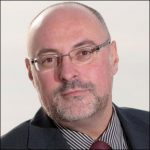 “Both the increase in sales and reading rates are positive news for the publishing sector as a whole and also for our cultural progress,” says federation president Daniel Fernández in a prepared statement, but “we must continue working to recover the foreign market figures that are still affected by everything that has happened in these two years.”

What many rights specialists will find interesting is that the main point of softness in international trade for Spain is in graphic novels and other visually led formats such as comics. the analysis shows graphic content producing €43.88 million in 2021 as opposed to €51.18 million in 2020 (US$44.9 million vs. US$52.4)—and this after the previous year’s comparison had shown a gain of 1.3 percent.

At this point, the federation isn’t offering a rationale for why the Spanish market may have seen a slowdown in the graphic sector, one that in other international markets has seemed to be making strides forward. 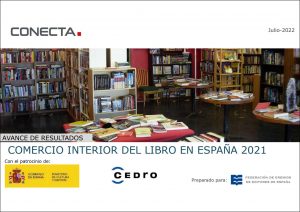 The cover of the 2022 Spanish publishers’ report, created by Conecta

In geographical regions, Latin America, of course, remains the main destination for Spain’s exports, coming to €180.55 million in 2021, 2.07 percent less than in 2020. Mexico is Spain’s most lucrative recipient of Spanish exports in Latin America (€62.9 million), but is registered as having contributed €13 million less in revenue in 2021 than in 2020.

The federation reports that Oceania, Africa, and Asia are also rising in important in international trade for Spanish books.

As for international literature coming into Spain, there was a drop in imports, with the value of such product coming in at €105.86. The balance of trade, the federation says, remains positive at €283 million (US$289.7 million), which is €32.21 million more than in 2020. 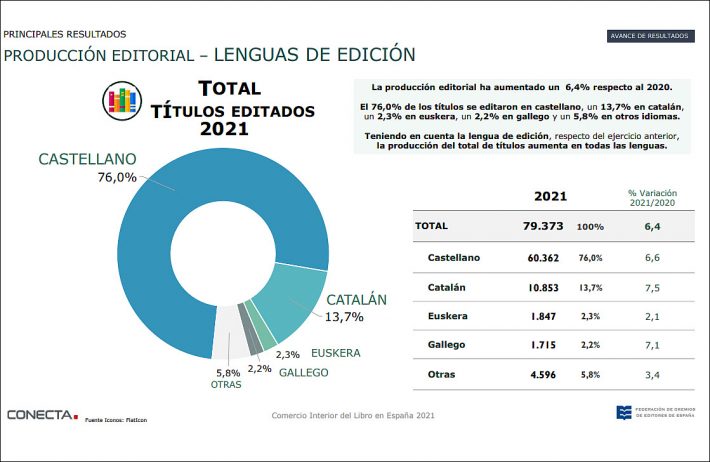 Sales of children’s and YA books grew by 17.8 percent and adult fiction by 8.2 percent.

Ironically, although graphics content was sagging in Spain’s international trade, it was growing on the domestic market, 6.7 percent over 2020.

The largest increase in the turnover of print books in 2021 occurred in digital retail channels, however, as was seen in 2020 , although this time the percentage increase was slightly lower. Through online retail, €51 million were invoiced, €10 million more than in 2020.

Once again, the federation’s report is produced with the support of Spain’s ministry of culture and sport.

If anything, the good news in the books business may be hard to celebrate this week, as Spain continues to suffer some of the most dramatic challenges in Europe from soaring temperatures and wildfires. Within hours of this story’s preparation, ABC News’ Christine Theodorou and Teddy Grant have reported at least 1,169 heat-related deaths in Spain and Portugal, per figures from the two countries’ ministries of health. The emergency gripping Europe and pushing the United Kingdom’s temperatures to 40.2 Celsius for the first time on record is starkly concerning. 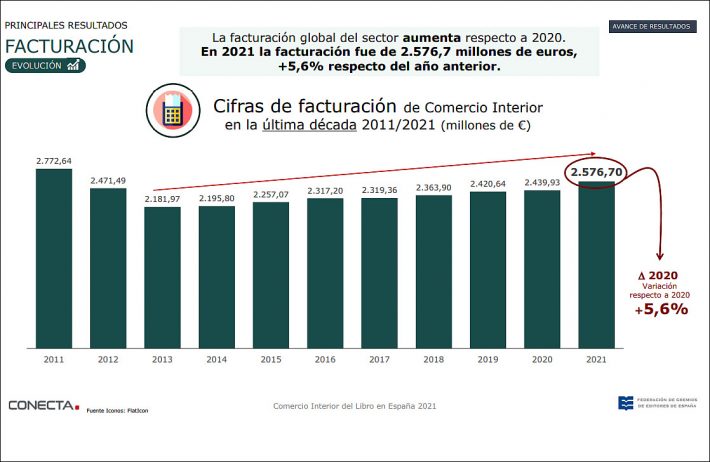