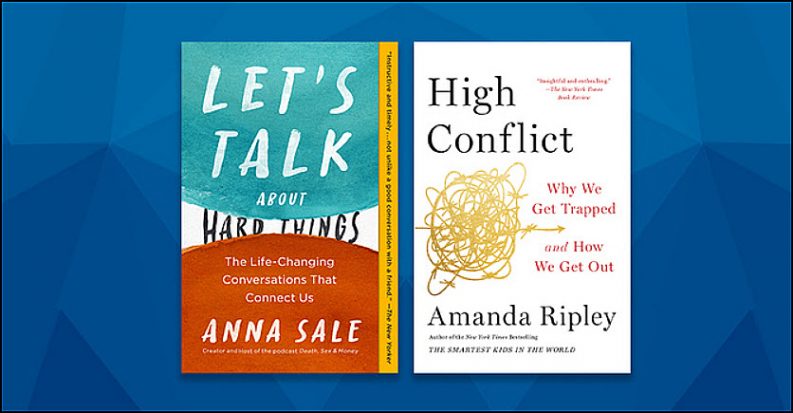 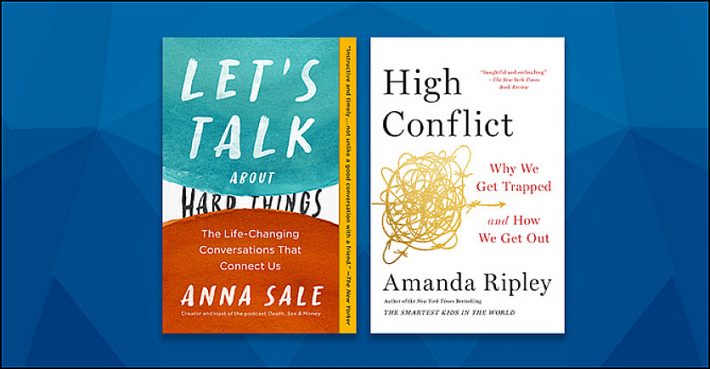 ‘The Volume and the Manner of Our Discourse’

The only thing Simon & Schuster president and CEO Jonathan Karp might have done to make his Tuesday messaging a bit better?–internationalize it.

The offer he put on the table–for his S&S staff in a memo and for the American public in a video–is based in something that’s being experienced in many parts of the world, not just in the United States.

“America today is a country divided. On every major issue we face,” Karp says, “it seems that our citizens and our politicians are talking past each other rather than to each other. And it’s not just that we disagree about so many things, but that the volume and manner of our discourse seems to reinforce intractable positions and make it more difficult to find common ground.” 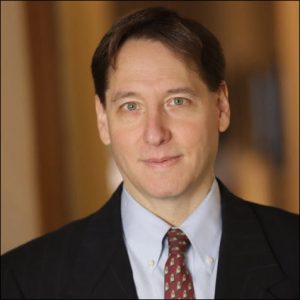 Karp’s response to this is to zero out the cost of two S&S releases he’d like American consumers to read–and to flag them for friends and family who may need to read them.

The books are High Conflict: Why We Get Trapped and How We Get Out by Amanda Ripley (April 6, 2021) and Let’s Talk About Hard Things: The Life-Changing Conversations That Connect Us by Anna Sale (May 4, 201). And if you agree that socio-political progress depends on everybody doing some work in how to talk with and listen to each other, these are two places to start. Until the end of this month, the ebook and audiobook editions of these books are free for Americans.

Sale and Ripley, Jeffrey Trachtenberg at the Wall Street Journal confirms, are partners in the plan, agreeing to take no royalties for copies downloaded.

Getting Off the Extremes (and Who Got Us There?) 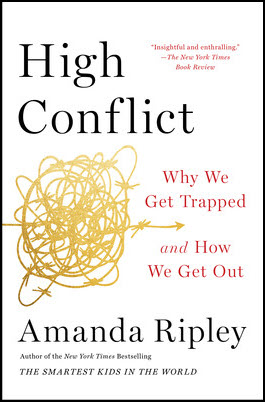 While Karp speaks well to how much he has appreciated these books, himself, one potentially cogent point is left unsaid: With polarization having become so serious–so many people resolutely staying in their extreme positions–can it not be said that some of S&S’ key releases, including some of the house’s best, have contributed to that polarization?

This is the house behind: 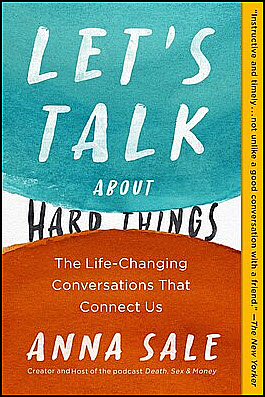 You get the idea. The house’s political work is a proud hallmark, and some of its political publishing is among the most influential on the market. Some of the very best work Simon does is in publishing political perspective that succeeds because it’s written to help analyze and solidify a position at one or another extreme.

By comparison, the Ripley and Sale books are peacemakers, at least in intent. That, too, is important work.

And if other CEOs would like to take a look at what Karp is doing with a month of free access, especially on the broader international scale, now would, as Karp knows, be a great moment. We’ll embed the video that Karp has made here so you can see his approach to consumers.

And here’s a landing page on which you can also see the video and bring in the books.

More from Publishing Perspectives on Simon & Schuster is here, more on Jonathan Karp is here, and more on political books is here.